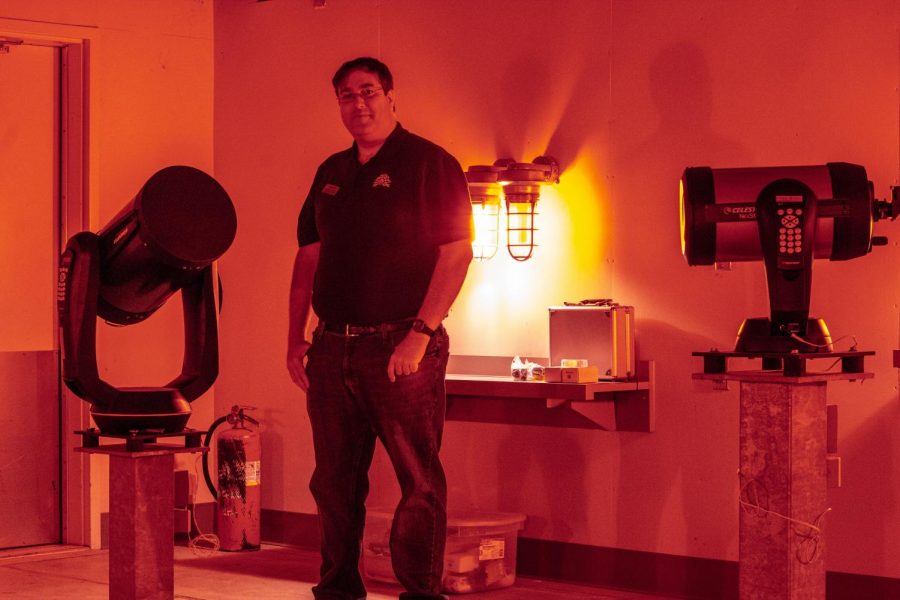 This past Saturday, Northern Kentucky’s Halie Planetarium reopened the Schneider Observatory. The ceremony was tied into NASA’s International Observe the Moon Night.

The 1,000-square foot observatory, located on the roof of Founders Hall, was named after NKU alumni Julie and David Schneider. It initially opened in 2015 but closed when construction for the Health Innovation Center began three years ago in October 2015.

Before a viewing of the moon, guests were given the chance to build their own moon phase calculator designed to help identify the phases of the moon throughout the year.

Afterward, guests attended a small lecture from NKU Physics Professor Dr. Sharmanthie Fernando. The lecture was an introductory look at the Moon and its different phases.

“The moon seems so familiar to people,” Fernando said. “Coming from Sri Lanka, it was pretty isolating being in a new place, so seeing the moon was like seeing an old friend.”

Guests were then ushered to the roof of Founders Hall and taken to the Schneider Observatory. There, they were greeted by Dr. Nathan De Lee,  assistant professor of physics and astronomy. He educated guests on the fundamentals of telescopes and how they work.

De Lee then opened the roof of the observatory and let those in attendance gaze through the telescopes and see the moon up close.

“We know the moon,” he said. “We want to get a bit more information about what’s going on with the moon and why it behaves. Also, we wanna spark interest with what else is in the sky.”

Guests were treated to incredible views of our closest celestial neighbor.

“It’s a great location and a great facility,” said Dr. Joe Mester, one of the guests observing the sky.

NKU students will get a chance to use the observatory as well. The astronomy minors will get good use of it, according to De Lee.

“The key to science is being able to take data,” he said. “I want to see our students being able to use the telescopes, take data and then using that data to get results.”

Currently, the observatory will be closed until warmer weather permits better observational conditions. The hope is to let people use it for observation Friday nights after shows at the Haile Planetarium.