Programs like A.L.I.C.E are in place in the case of violent encounter, as safety precautions. 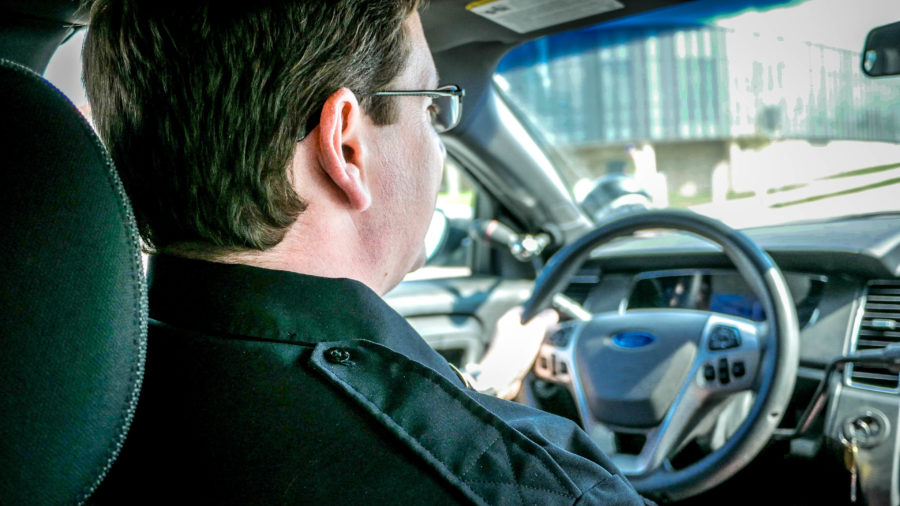 John Gaffin, police chief at NKU, said that they use A.L.I.C.E training to prepare students and faculty in the case of an open shooter on campus.

In 2017 alone, 574 citizens have been killed in a mass shooting in the U.S., according to Mass Shooting tracker. 1,853 have been injured.

Currently, the FBI defines mass murder as three or more people killed in one event. The FBI, however, does not define a mass shooting, which the tracker defines as an “incident where four or more people are shot in a single shooting spree.”

John Gaffin, Chief of NKU’s police department, wants students to be aware of options: ALICE (Alert, Lockdown, Inform, Counter and Evacuate) is in place both to “raise awareness and help prepare individuals on how to respond in a violent encounter,” according to NKU’s website.

The university has recently started to train incoming freshman with an abridged version of ALICE, which informs them of what to do in such situations–this includes how to lockdown, barricade, evacuate and counterattack depending on the situation at hand.

“It’s really about preparation…the folks who carry out these acts aren’t telling us what they’re doing and before they do it, Gaffin said.  “Sometimes, they tell a few people here and there and sometimes we find out that way, but it’s about preparation.”

Gaffin said that being prepared is important because an individual who wishes to carry out these acts will not tell their plans or strategies to the police.

“Obviously, we want to try and prevent everything we can, but it’s not like someone is coming to campus saying ‘Okay, I’m gonna do this tomorrow.’ I think the biggest thing we do is prevention,” Gaffin said.

The Student of Concern Committee–housed within the student conduct office–meets with different groups at NKU, from the police department to student conduct, in an attempt to correlate potential students who could cause harm to themselves or others.

To make a report of someone who may cause potential harm to themselves or others,  go to the student conduct website.

“Not every report is about someone who is a threat to the community. We rarely see that. What we see more often from people out of that group is people who are struggling with mental health and who are really affecting themselves,” Gaffin said. “So we intervene and determine what kind of strategies to take.”

Strategizing and planning are the main components to ALICE. In the event of a shooting on campus, Gaffin hopes students, staff and faculty would rely on their training to help them.

A simpler approach to ALICE is ‘run, hide, fight.’

“Those are your options,” Gaffin said. “If you can get away, do it. But if you can’t, if [the shooter is] in your building, you need to hide. You need to lock that room. You need to make yourself safe. And, in worst case scenario, if neither of those things works and you’re being confronted by someone, don’t be a victim.”

In the event that you need to protect yourself to prevent someone from entering where you are, Gaffin suggests blocking any entryways to a room.

“One of the things we focus on in ALICE training is to stack tables and chairs. Anything that you can against that door because it’s near impossible to open a door that’s got all of that stuff stacked against it,” Gaffin said.

If the worst-case scenario does occur and you were to encounter the shooter, Gaffin said you need to ‘fight’ in order to ensure your safety.

We see on a regular basis that NKU is recognized as one of the safer campuses in the country…The caveat that I always add on top of that is a crime can happen anywhere. And, so, I love that we’re safe and I love that we get that acknowledgment, but I don’t want that to make people become complacent.”

“…if neither of those things works and you’re being confronted by someone, don’t be a victim. Throw chairs. Throw books. Do anything that you can to distract this person.”

Most people that carry out these acts aren’t accurate shooters, to begin with, according to Gaffin. He suggests that if you were to encounter the person to distract them.

“Police who have been trained and who are qualified with firearms don’t shoot well under stress, Gaffin said. “Nobody does because your fine motor skills go away, and so it’s the same with these kinds of attackers…they’re not looking for someone who is a difficult target. That’s not what they’re looking to do.”

In that kind of situation, Gaffin said if you are in a safe place–away from where the shooting is happening–you should stay where you are and wait till you hear the ‘all-clear.’

Norse Alerts would notify students, staff and faculty of any emergency on campus or in the area. To sign up for these alerts, you can add your phone number and email in your ‘MyNKU’ account. You can even adjust the settings on how you want to be notified through texting, emails or phone calls.

In the event of an active shooter, Gaffin said a Norse Alert is how you might find out.

“If it’s emerging right where you are, you might hear gunshots first,” Gaffin said. “But, if you are not near it, you’re going to get a Norse Alert. We’re gonna get that call, and our dispatcher is going to send a Nose Alert right away.”

Depending on the time of the event, Gaffin said the Norse Alert might not have all the details of the situation.

“If we’re thirty seconds into this incident, you know the dispatcher’s phones are going to be ringing off the hook, so you may not have all the details. What we’re gonna tell you, probably, is ‘there’s a dangerous situation, it’s here, seek shelter, avoid the area.’ That’s probably what you’re gonna get at first,” Gaffin said.

Gaffin said people should call the police if they feel something is wrong, or see something suspicious happening. 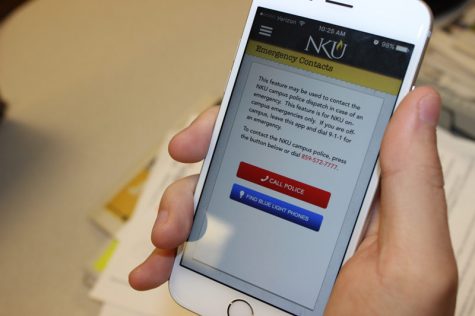 Derek Daley
Gaffin said anyone can sign up to receive the Norse Alert through NKU’s app, which has a safety subsection that links to the signup page and helpful tips.

“If you see something that doesn’t look right, call us. It’s not going to be the silliest thing we’ve ever heard. We’re not going to laugh at you,” Gaffin said. “We’re going to come out and we’ll look into it, and if it’s nothing then we’ll just ‘Okay, we checked into it, it was XYZ, you know, no problem.’”

Gaffin stated the importance of having people call the police if they see something that looks ‘off.’

“Clearly, we’re the people identified at keeping things safe and making things go well, but we can’t be everywhere at once. It’s very helpful when people call us with these kinds of things that don’t look right, or they have a concern. That’s always helpful,” Gaffin said.

In 2017 NKU was ranked 15th place of the safest schools in the U.S. by Rent College Pads, based on crime per capita.

“We see on a regular basis that NKU is recognized as one of the safer campuses in the country, and so I think it’s very safe here,” Gaffin said. “The caveat that I always add on top of that is a crime can happen anywhere. And, so, I love that we’re safe and I love that we get that acknowledgment, but I don’t want that to make people become complacent.”

To make a report of an individual who  may cause potential harm to themselves or others, you can go to the student conduct website.