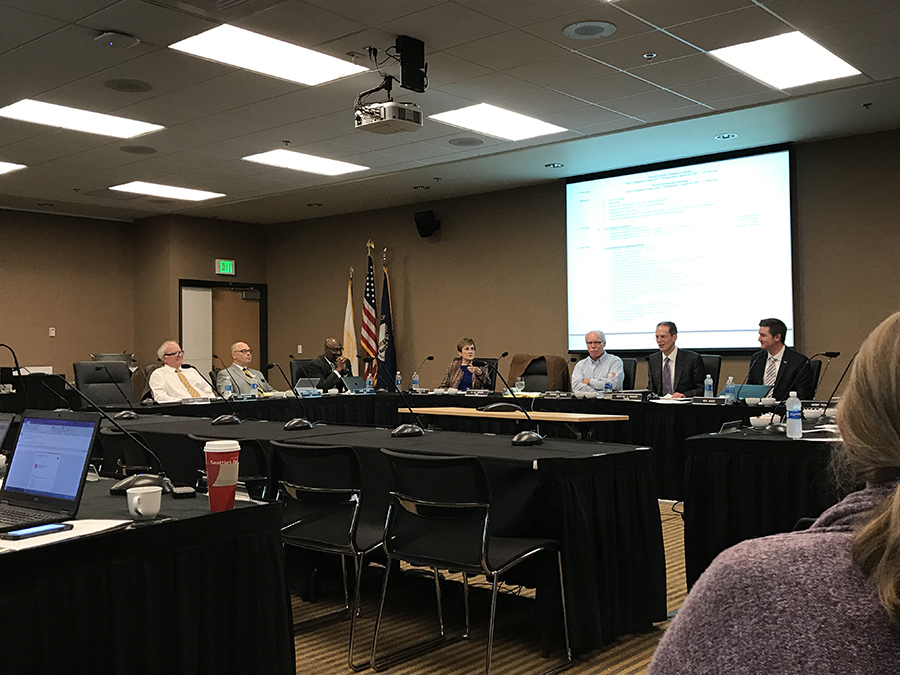 The NKU Board of Regents announced a 4 percent tuition increase. Dining, housing and parking fee raises were also approved.

The NKU Board of Regents announced Wednesday there will be tuition increases as well as as increased prices in housing, parking and dining.

With the increasing fees incoming changes to scholarships and financial aid was detailed as well.

The Board of Regents also reported on employee raises as well as faculty/staff relocations.

In the final meeting of the semester, the Board of Regents reported that a 4 percent tuition increase was recommended.

The tuition increase comes out to $180 more each semester.

“The rate increase coupled with a comprehensive student aid program will maintain student affordability while providing vital revenue to the university,” said Virginia G. Fox, Board of Regents secretary.

A weighted average of about a two  percent increase for housing was proposed, however, Fox said many housing fees remain unchanged.

As far as parking is concerned, rate changes have been proposed to cover upcoming construction and restoration of lots over the next three to five years.

Fox said dining fees are proposed to increase just under 3 percent, which is inline with the Consumer Price Index Food Away From Home index.

“The best thing about the fiscal year 2018 budget is that we are investing in our most important asset, our people, while continuing to ensure education is affordable for our students,” said Anna Wright, NKU director of public relations.

In his final Board of Regents meeting before leaving for Ball State University, President Geoffrey Mearns said they have restructured the model for rewarding institutional aid to incoming freshmen by putting greater emphasis on need-based aid.

“This amount of aid has doubled from last year and has resulted in a nearly 20 percent increase in the acceptance rate of these prospective students,” Mearns said.

The Tuition Incentive Plan (TIP) has been implemented as the new metro tuition rate.

Mearns said the plan allows the university to be more competitive within the tri-state area.

“To date, we’ve nearly doubled the scholarship offers and there’s been an 80 percent increase in the acceptance rate of the students who’ve been offered those scholarships,” Mearns said.

This past summer, NKU hosted the Governor’s Scholar Program, a five week program that offers a college-like experience to selected high schoolers, for the first time since 2003.

Mearns said the number of GSP scholars who have already committed for the upcoming fall semester has increased by almost 300 percent compared to the fall of 2016.

The educational diversity scholarships have been enhanced as well. The number of students offered those scholarships has doubled and the acceptance rate has seen a 40 percent increase.

“We’re already seeing the rewards of this program in its first year, and I believe that it will continue to pay dividends in the years to come,” Mearns said.

Mearns said another strategic enrollment initiative that has increased visibility of the university is the Road to NKU program.

“Over the past three years, I’ve had the good fortune to visit approximately 100 high schools in Kentucky, Ohio, and Indiana,” Mearns said. “Overall, the number of applications received, students admitted and students committed to NKU are higher than they were before we commenced this tour.

“The Road to NKU program communicates our message that NKU is a university on the rise and is now a first choice option for students throughout the commonwealth and the tri-state region.”

Merit-based raises are also being given to eligible employees.

In addition, there will be faculty/staff relocations with 13 positions being created.

Ten faculty positions will be eliminated along with 12 staff positions.