St. Amand to be considered for interim president 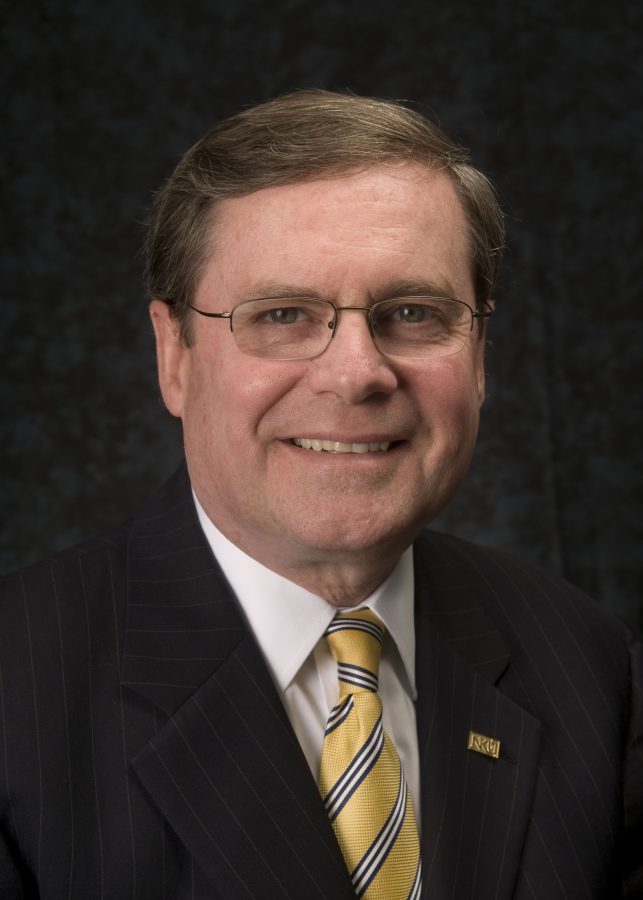 A file photo of Gerard St. Amand, who will be recommended as interim president of Northern Kentucky University during the next board of regents meeting.

Gerard St. Amand will be recommended to serve as interim president of Northern Kentucky University by Board of Regents chair Rich Boehne.

Boehne made the announcement during an update on the presidential search process on NKU’s website Monday.

Boehne said he will make the proposal during the March 15 meeting of the Board of Regents.

“Gerry’s particular experience with our university, his familiarity with the strategies and culture that have come to define NKU, in addition to his proven and diverse leadership skills, make him my recommended candidate for this key position,” Boehne said in the statement.

Boehne also noted that by choosing St. Amand, it would allow existing members of the leadership team to continue in their roles uninterrupted.

“It’s also important to note that by considering Gerry, we allow our senior campus leaders to continue their demanding roles without having to take on additional duties during this transition,” Boehne said. “Bringing him on board to an already strong senior leadership staff will allow NKU to continue its trajectory as a university on the rise while we search for our next president.”

Also in the release, the university unveiled the 19-member search committee charged to pick the successor of Geoffrey Mearns, who is leaving after spring commencement to become the next president at Ball State University.

The committee, as listed in the release, is as follows: