What you missed at SGA: Helping Hands 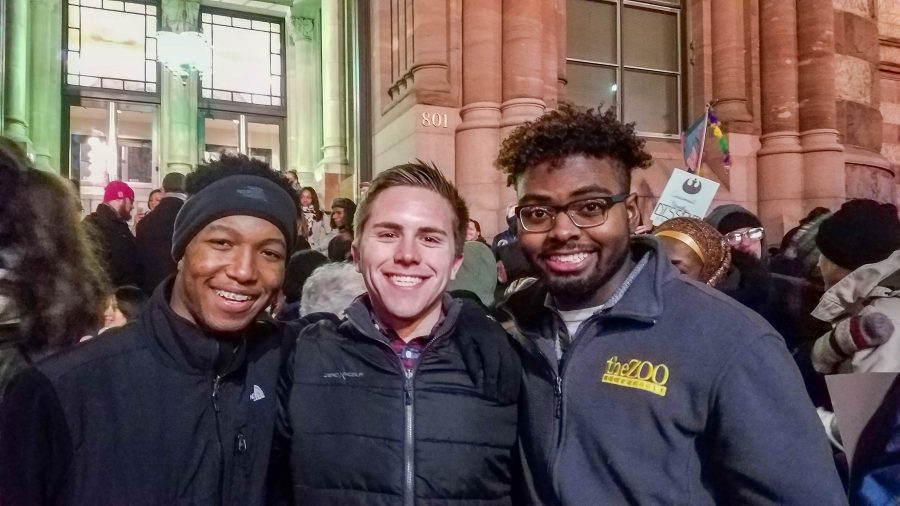 In light of the recent executive order limiting immigration in the United States, Sami Dada gave a moving and personal speech at the SGA meeting on Monday, January 30.

“I can’t imagine my future if I didn’t live here. I don’t know if I’d be alive.”

Being an immigrant from Liberia, Dada made the short speech to persuade other SGA members to participate in the Rally for Refugees and Muslims that took place at 5 p.m. that same day at Cincinnati City Hall.

Over 5 SGA members attended the rally after the meeting was adjourned, accompanying Dada to offer support for refugees and Muslims.

In addition to Dada’s speech, the Veterans Resource Center Liaison, Alex Foland, asked SGA for help in getting the word out about Warm Our Hearts, a campaign dedicated to helping homeless veterans.

“This is a really important event for our veterans,” Foland said. “We really want more representation from SGA.”

The campaign is aimed towards providing homeless veterans from the Ft. Thomas VA with gloves, hats, scarves, canned goods and hygiene products. to “warm their hearts” during the month of February. Donations will be accepted at the Veterans Resource Center located in UC 131.