Finals week: Where to study 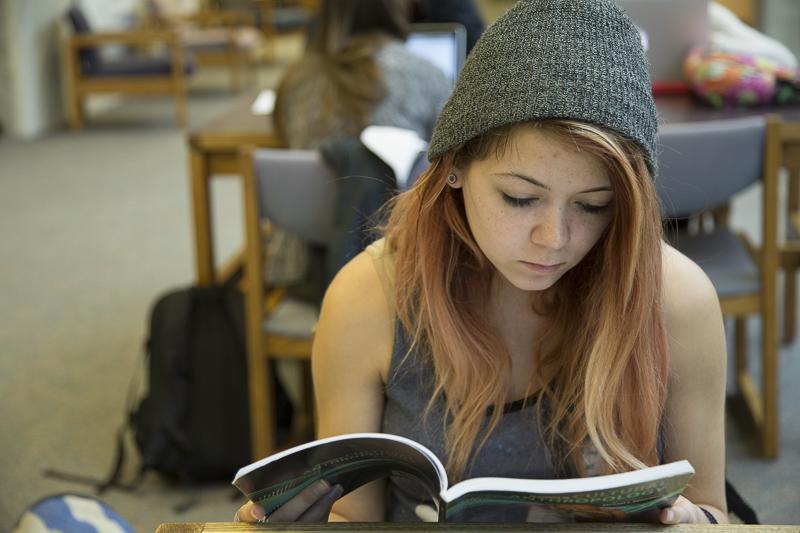 A student, Ashli Sibrel, studied for finals. This semester, more options will have extended hours for students to utilize during finals.

Hours in Griffin Hall and the Campus Recreation Center will be extended during finals week, joining Steely Library as places students can study and work in a resolution put forth by the Student Government Association.

Prior to the resolution, Steely Library was the only place that offered extended hours during finals week. Steely Library is open 24/7 for the entirety of the week.

SGA proposed expanding the areas beyond the library on campus in which students can go during finals.

Evan Berkemeyer, the senator behind the resolution, said he was originally approached by Matt Hackett, director of the Campus Recreation Center.

“He came to me and Chase Britt, [the other senator involved], with the idea expanding the hours for the rec center during finals,” Berkemeyer said. “Not only does the rec center have study spaces, but it’s a stress relieving space, in [Hackett’s] words.”

Hackett said, in the SGA resolution, that the rec would provide a new stress-relieving outlet for students, along with extra space.

Though the main gym will be closed, the entirety of the first floor will be open along with the track and all study spaces, according to Berkemeyer.

Berkemeyer then approached Griffin Hall, to utilize the computer labs and technology that the building provides. Griffin also doesn’t need a staff to stay open; therefore, the cost to expand the building’s hours would be minimal.

“With its open spaces, comfortable student study lounges, and open computer lab, Griffin Hall should be a great space for some late night work during finals week,” Kevin Kirby, Dean of the College of Informatics, said in SGA’s resolution. “We are happy to extend our hours at SGA’s suggestion.”

In total, an additional 50,000 square feet will be available for students to study and relieve stress, according to the SGA resolution.

The resolution states that this will come at no direct cost to students utilizing these expanded hours.

“It’s going to give students the opportunity to have other options,” Berkemeyer said.