Student: Lack of inclusion is a ‘campus problem’ 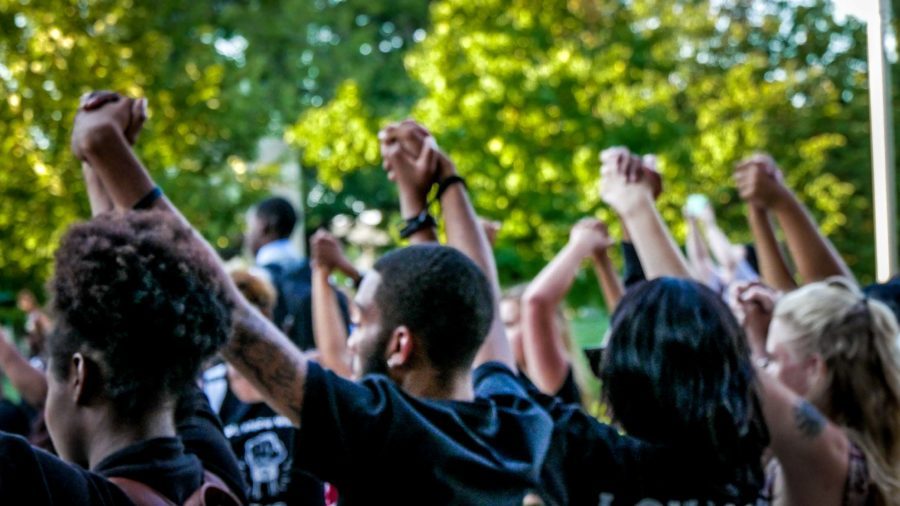 At the start of the semester, 'Welcome White Week' flyers were posted, not sanctioned by the university, in response to 'Welcome Black Week.' The flyers sparked protest among the student body and African-American community.

Tiara Atwater said she experienced discrimination for the first time when she came to college.

The freshman, a double major in EMB and media informatics, says she grew up in a white community.

Still, she said she had not actually felt discrimination until seeing the ‘Welcome White Week’ flyer, posted in September on campus by an unknown and unauthorized source  in response to ‘Welcome Black Week.’

“My parents raised me to stand up for what I believe. I believe that it’s an injustice. They can call it satire, but I just think it’s straight up hatred.”

She felt like Welcome Week events weren’t catered towards black students. Welcome Black Week provided a place where black freshman could feel not so alone as they waded through campus life. 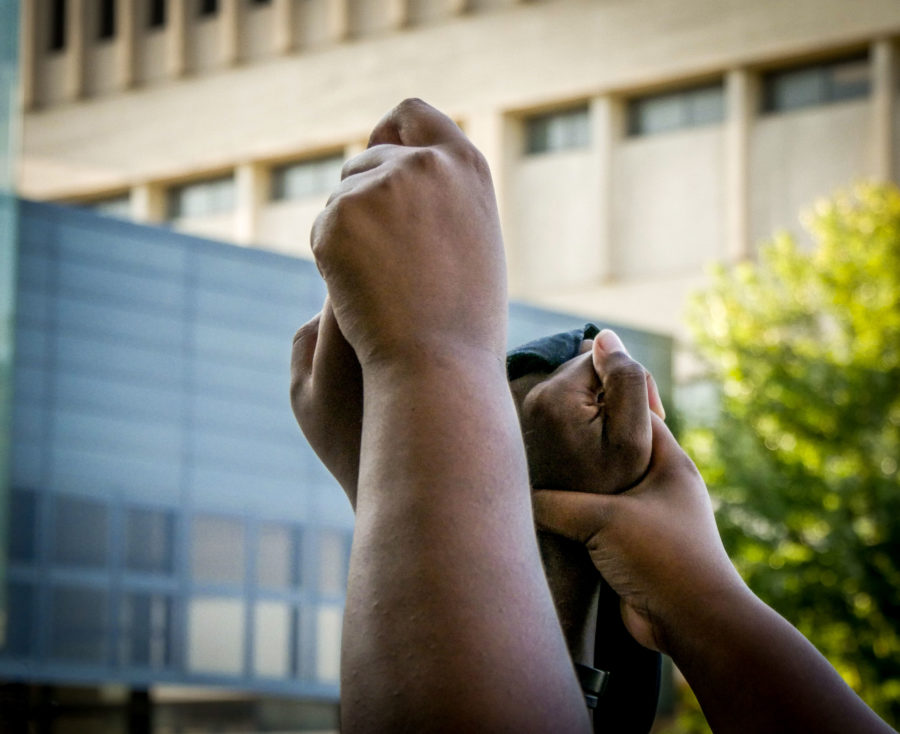 Alec Reynolds
At the start of the semester, ‘Welcome White Week’ flyers were posted, not authorized by the university, in response to ‘Welcome Black Week.’ The flyers sparked protest among the student body and African-American community.

Atwater is involved in several organizations across campus, including the Black Student Union, African-American Programs and Services and NKU R.O.C.K.S, an organization whose mission is to facilitate a support system for African American culture while engaging the campus community.

She believes discrimination comes from a place of ignorance. The majority of students, she said, may not have been exposed to other racially and culturally diverse groups, which may be part of the reason there’s a lack of those in the white majority attending programs and events put on by minority organizations on campus.

“First of all, I think some in the majority on campus aren’t used to diversity and so they haven’t been exposed to other people. They’ve only been exposed to the stereotypes in the media,” Atwater said. “When we do try to expose them they feel [the events] are only for black students, or only for Latina students, and it’s not.

“We want to invite everybody.”

Atwater said she hopes to see a turnout from all races and all cultures so conversations and dialogues be opened.

In the same way, Kiara Gray, an executive board member for the Black Women’s Organization, feels that once individuals acknowledge the differences that exist between them and acknowledge the struggles that come from those differences, one can begin to understand how another feels.

“At a lot of our events, it’s just us,” Gray said. “It’s talking in circles, because it’s ‘Okay, we’re experiencing similar things, so why don’t we talk to other people who are experiencing different things, so we can give another insight on what’s going on?’ Everyone can learn something from that.”

When organizing events for the Black Women’s Organization, Gray, who is also an NKU R.O.C.K.S mentor, said she always makes sure to make it clear the event is not only for black women, but for all women to come together and have a space for discussion and support. 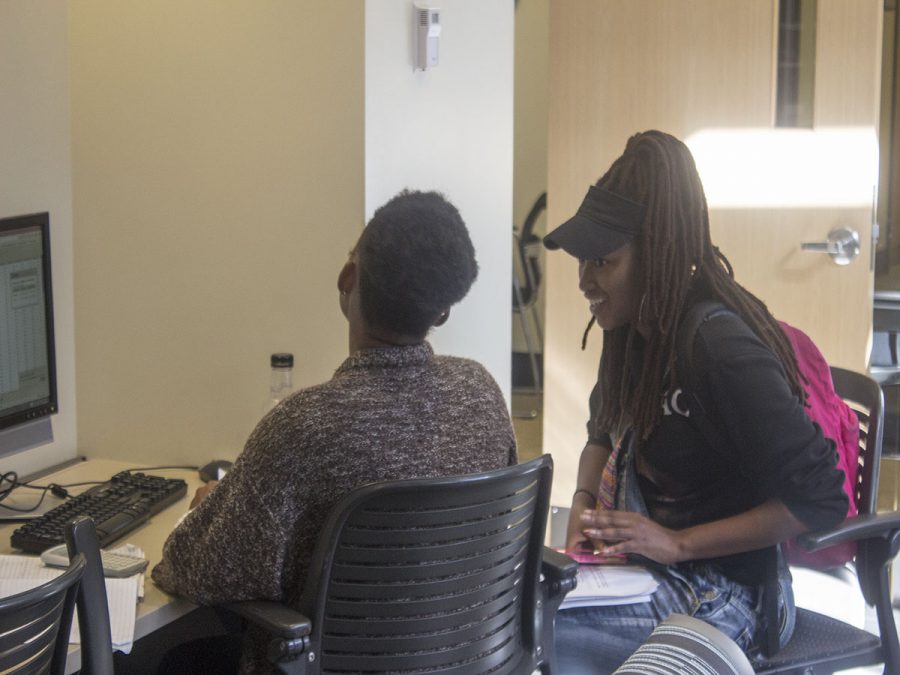 ‘I think it makes people nervous to put themselves out there in a group of people that aren’t like them. I think that’s why the black community comes together,” Gray said. “It’s easy to have that space we’re it’s like ‘Okay, these people are similar to me, they look like me, they have a similar experience.’

“I think that maybe there’s intimidation. There’s all of us there, and if you don’t know a lot of people there it can feel kind of uncomfortable.”

Ashley Wilson, a junior EMB and communication studies major, said it’s on the individual student to make the decision to go out to these events and educate themselves on other cultures.

Wilson attended a diverse high school, crawling with different cultures and backgrounds, and coming into college she thought she knew everything there was to know.

Later, through taking culture classes, she realized that not everyone in the world thinks the same.

She acknowledges that many students grew up in school systems and hometowns where they weren’t exposed to people of color. Their ignorance, she said, often lies in not knowing.

The majority of students may find it intimidating to come to events where they lack connections and knowledge, but the events are open to anyone to attend, according to Wilson.

“At the end of the day, this is a campus, and it’s open to anyone,” Wilson said.  “If you want to learn, you’re more than welcome to learn. That’s what the events are put on for.”

Matthew White, a senior integrative studies major and vice president of the Black Student Union, said that they are always fighting to be heard, and he said they don’t receive as much as attention as they’d like.

Once someone leaves college, White said, they go out into the world and will be working with different people — people who may not have the same life experiences, who may have different struggles, people of different race and culture.

“We’re trying to inform and educate by going out, because although it shouldn’t be on us to go out and educate the majority, as minorities we are required to create a better campus life and a better country to live in,” White said.

He said word race is still enveloped in fear, making it difficult to facilitate discussions on race and white privilege, which White said has effects not only on people of color, but the campus community as a whole, when the issue is not talked about.

‘Why do you feel like you shouldn’t stand for the pledge of allegiance?’

‘Why do you feel like the Star-Spangled Banner does not represent you?’

Throughout the semester, racial minorities have lent their voices to Student Government Association meetings.

“I think we chose SGA because it’s supposed to represent the student body, but it has failed to, especially for African-Americans,” White said.

On October 25 at 5 p.m. SGA will be holding a town hall which will primarily discuss race relations on campus.

In addition to a town hall, SGA is organizing NKU Unity, which will occur on November 28 at 5 p.m. Both of these are meant to bring awareness and dialogue to issues among racially and culturally diverse minorities on campus.

Kathleen Roberts, senior advisor to the president for inclusive excellence, said that events like town hall are meant to bring awareness and dialogue to these issues.

Currently, an inclusive excellence plan is being formed for fall 2017, which will take the concerns of students into consideration.

Nearly 70 faculty and staff have been placed on six different subcommittees along with 35 students, according to Roberts.

During a meeting with Mearns’ cabinet, Roberts said that she found, speaking with African-American students, that when they have events on campus they see them as being open to everyone.

They hope that, as a university community, we can move forward, Roberts said.

“This is what town hall and NKU Unity is about,” Roberts said. “How do we get all groups in the room to have these conversations about culture diversity, racial diversity and other kinds of the diversity?  They say all the time ‘We talk to ourselves. We know what we think. We’d like to engage with the students who are also here at the university.’”

Wilson pointed out that SGA meeting are open to anyone, and students have the ability to voice their opinions and feelings.

“I hate how we’ll have a problem, the problem will go viral, and then it gets brushed back under the rug,” Wilson said. “It’s a problem once, it gets glorified, and we say all of our opinions but then we never take action on how to fix it.

Wilson hosts the Authorized Hour as a DJ at Norse Code Radio. Using her platform, Wilson strives to keep conversations ongoing and relevant, bringing guests on her show for in-depth dialogue on issues facing communities not only at NKU, but spanning the globe. On her show, she also plays music from the neo-soul, R&B and hip-hop genres. 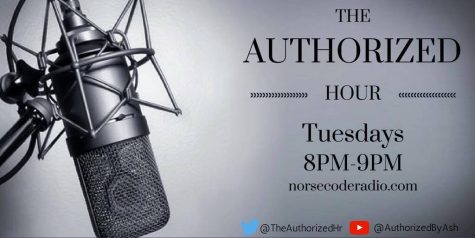 Ashley Wilson hosts The Authorized Hour on Tuesdays from 8 p.m. to 9 p.m. Wilson often discuses social issues on her show.

She cited mental health and the ‘Welcome White Week Flyer’ as issues she has discussed, among others over the semester.

For Gray, she hopes  people go into the SGA town hall and NKU Unity with open minds and open hearts so those in attendance can have open and honest dialogue.

“I’ve loved my experience at NKU, and all of us who have been showing up to SGA meetings and who have a part of this [movement], wouldn’t be doing this if we didn’t care about this university and if we didn’t want to see the change,” Gray said. “It’s not something we’re doing to look down or talk bad about NKU, it’s something that needs to be done so that even more people can come and feel comfortable and have a great experience on campus.

“We can be one of the top universities that we all know that we can be.”

Atwater wants to see minority retention rates improve. She also said that outside of the black community, many of her peers feel alone on campus.

The narrative, she said, can be changed.

To help change and improve the lives of minorities on campus, NKU must make changes to their policies, White said. He believes this includes hiring more diverse faculty, as well as having more tenured racially diverse faculty, so that minority students can have someone to go to with similar life experiences as a mentor.

Gray said last year several black, Latino and minority organizations weren’t as active as they could be. This year, there are more events and more programming.

Everyone is on the same page and they want to create change, Gray said. She thinks creating these events and using their voices paves the way for NKU to grow and prosper.

Alec Reynolds
When one group feels left out, Gray said, it’s a campus problem. Students hope to have open and continual dialogue about racial inclusion.

When one group feels left out, she said, the rest of the campus suffers as well.

The dialogue has to be continual for the movement to prosper, according to Gray, and it can’t stop with one event or town hall or NKU Unity.

“Once you acknowledge the problem, you can start to dissect it, to see where the root is, and go forward as a campus to see what everyone needs to do as a collective whole,” Gray said. “It’s not a problem that only affects our community, but it effects the NKU community.

“If you have a group that feels left out, or not as important, it’s a campus problem.”