BREAKING: Case of assault at Northern Kentucky University under investigation 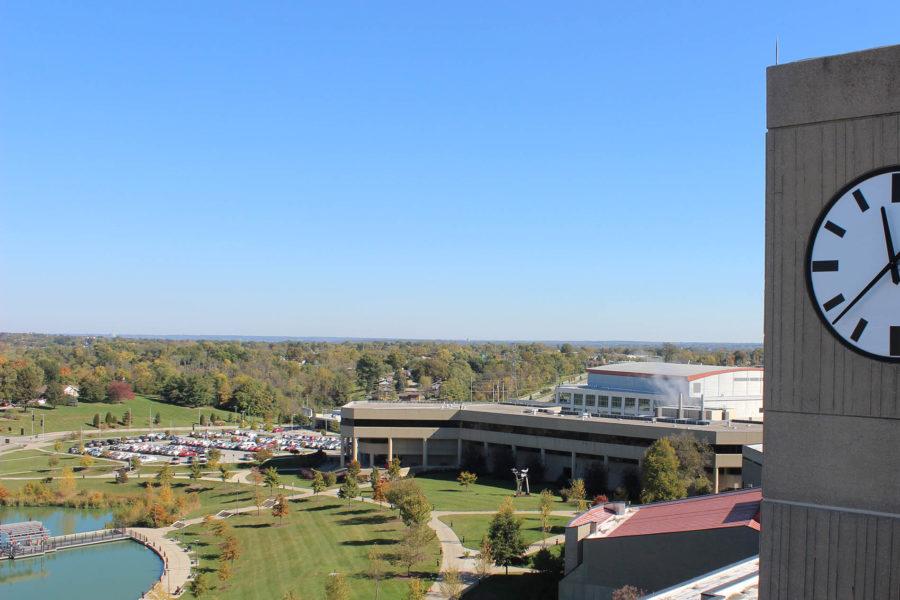 An incident that occurred on April 21 is under investigation by the NKU police department. Chief Les Kachurek is taking to social media for leads on the assault.

According to WLWT, an investigation of a 63-year-old woman assaulted on Northern Kentucky University’s campus is currently underway by the NKU police department.

The woman, Jackie Bernard, related her story to WLWT News about the incident, which occurred on April 21.

Bernard said that a young woman was driving unpredictably and kept cutting in front of her each time she attempted to drive around her.

Bernard followed the woman to NKU in hopes of reporting the license plate number to the police. As the car pulled up to Lot E, Bernard reported that the young woman had already alerted others.

In a statement, Bernard said that she got hit in the head, her glasses were knocked underneath the car and was punched in the chest.

Police Chief Les Kachurek called the incident a fourth degree assault and is taking to social media to ask the public for help in finding the assailants.

According to Kachurek, there were reportedly people near the incident. Video surveillance that would help the case has not been found yet.

The assailants were reported as a white male with reddish hair wearing a blue t-shirt along with a black male wearing a denim jacket. It is currently unknown if the assailants are NKU students.

The Northerner reached out to the university and was unable to receive a comment at this time.Stay with The Northerner for more information.