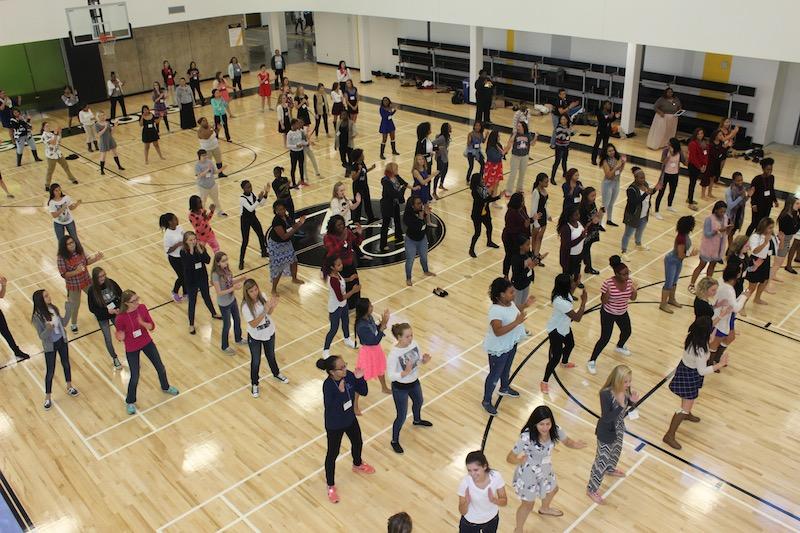 About 15 women meet in the Student Union Multi-Purpose room to hear two guest speakers discuss self-motivation and activism.  The women listen to the stories and snap together when something the speaker says resonates with them.

Sister Circle, an initiative within African American Programs & Services, often has speakers like Morgan Owens, founder of Curvy Cardio, and Christina Brown, a social justice activist, tell their stories and talk to the women in the group.

Sister Circle often has speakers like Owens and Brown tell their stories and talk to the women in the group.

“I always teach students to use their voice in a productive, passionate way so I think that they love people telling their stories,” Tracy Stokes, director of AAP&S and creator of Sister Circle at NKU, said.

The guest speakers are NKU freshman and active Sister Circle member, Sarai Dean, favorite part of the meetings. Listening to the guest speakers give the women the opportunity to hear women that have gone through similar situations as themselves.

Stokes started the Sister Circle initiative in 2001 when she came to NKU to strengthen the bond between undergraduate African-American women on campus. While the initiative focuses on African American women Stokes said the group is open for all women.

“What we want to do is have a safe place for women to come and talk about the issues that they have on campus and in the world,” Stokes said.

For women like Dean, Sister Circle offers a place for them to feel empowered and make connections.

“It’s been really eye opening and empowering,”Dean said. “We talk about a lot of issues that not only minority women face but, also women throughout history have been facing.”

Dean attends almost every Sister Circle event and regularly comes into Stokes’s office with students to add to the Sister Circle list.

“She gets it,” Stokes said. “If you see your sister, add her to the program.”

This kind of connection and awareness is what Mimi Geberegeorgis, coordinator for AAP&S,  believes is the main reason women on campus are involved with Sister Circle.

“The draw is to be around a community of like-minded women who seek to be built up by the community because we all truly do need each other,” Geberegeorgis said.

“They really do get a lot out of it and they become strong leaders and that’s whether they attend one sister circle meeting or several,” Geberegeorgis said.

Geberegeorgis said her favorite part of the meetings was at the end. Stokes gets the women in a circle to chant words of affirmation.

“At the end of the chant I say, ‘I am my sister’s keeper’ because you have to look out for your sister,” Stokes said.