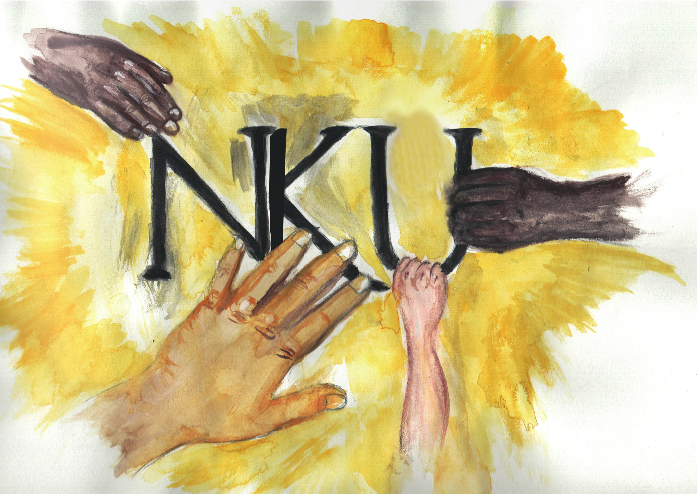 The year 2015 marked the highest rate for diversity on campus, and the rates continue to rise with every school year. With a pool of more diverse students at NKU, a myriad of programs and organizations are flourishing on campus in support of minority communities.

In particular, a Black Alumni Council officially formed and was recognized by the university in January.

Crystal Kendrick, the president of the council and a 1997 MBA alum, wants the organization to be able to support the initiatives of the student body as well as the growing African-American community on campus.

Predominantly white institutions, Kendrick pointed out, like UC and Xavier, have minority and African-American alumni councils in place.

Since her time at NKU, Kendrick has seen what she calls a tremendous growth in diversity within the student body.

According to the Cincinnati Enquirer, from 1997 to 2011, the number of bachelor degrees granted to minority students, including African-American students, grew by 202 percent.

“I don’t know if there were any other African-Americans in the MBA program when I was there,” Kendrick said. “There was just a very small group of diverse students.”

Kendrick helped found her sorority, Delta Sigma Theta, while at NKU. While attending, Kendrick noted that there were also a few black fraternal organizations, but the number of African-American students still remained miniscule.

Johnson is the chapter president of Alpha Phi Alpha, a black fraternity on campus, as well as on the eboard for National Association for the Advancement of Colored People.

Since alumni members have already gone through the experience of transitioning into college and the real world, Johnson explained. They also provide a place for African-American students to go for guidance, resources and networking connections.

Despite the growth and further inclusion of not only the African-American population on campus, but other minorities as well, Johnson sees a huge potential for growth.

“It’s hard because we feel that one, the system is working against us, and two, and we feel as if we’re the only ones that care,” Johnson said. “Once we start seeing that the university cares then we can be more accepting. We also need to step out of our shells and expand our horizons. If we want to be represented, we have to represent ourselves.”

Alyssia Baker, a double major in accounting and finance, believes that the culture on campus has breadth to be shaped and molded by the current student body and the growing diversity is part of that cultivation of culture.

Baker is involved in NAACP and Sister Circle, an organization made up of female African-American students that go off campus for different volunteer opportunities.

“I feel like if we could get more organizations on campus and have them be more well known, then we could bring more diversity on campus, and not only African-Americans, but other groups as well,” Baker said.  “So we can all learn to appreciate each other for what we are.”

Kendrick hopes that with the coming of council that the aspirations of students like Johnson and Baker can further be supported.

The council will be meeting with African American Programs and Services later in February to start formulating plans on how the council can work efficiently with the student body.

“I see diverse students assimilating into the different organizations on campus and that makes me very proud,” Kendrick said. “I’m seeing a plethora of diversity, and that diversity is not just African-Americans from Cincinnati, it’s also African-Americans from across the state and various cities in Ohio. The diversity is not just racial, it’s racial and geographic and it’s among the colleges.”

Kendrick cited the rise in not only traditional majors that black students were seen in, but the growth of the community within the STEM majors as progress.

However, stereotypes still face the community, both on and off campus. According to Baker, people make negative assumptions about African-Americans instead of seeing the positives.

“We are not all rappers. We are not all sexual objects. Black men aren’t all bucks. There’s no reason for [anyone] to be intimidated. Same thing with black women, they are often over-sexualized,” Johnson said. “Oftentimes it’s not that people are being racist, but it’s the cultural subconscious, the social discourse, that is fed not only to white people, but black people as well.”

Kendrick pointed out that diverse students often have different experiences, networks and perceptions. These differences often result in different needs; these needs can be met through programs in place that target these groups.

Centers and organizations for African American students and other minority groups have the goal of breaking down barriers and stereotypes that face minority groups.

“Once you surround yourself with not only blacks but Saudi Arabians, Africans, Indians and other cultures you really start to get a sense of what the world is about,” Johnson said. “You don’t have to travel to see the world; you can see the world through people.”

NKU has historically maintained inclusion within the law school, according to Kendrick, and it was in the early 2000s that NKU began to translate initiatives for diversity over the rest of campus. Part of this growth in the last 10 to 15 years has stemmed from initiatives for NKU to reach into other areas, outside of Greater Cincinnati, such as Louisville, Lexington and Bowling Green.

With a growth in diversity, NKU has implemented programs garnered towards minority groups such as NKU R.O.C.K.S, which helps first-year African-American students transition into college by providing resources, support and mentorship.

“NKU is rising, so we’re getting more diverse and I feel like, for me, to not only learn more about my culture, but to also being able to have that ease into transitioning into college,” Baker said. “I feel like some students need that mentorship.”

The council hopes to implement programming by the coming fall semester, according to Kendrick, and ultimately the programming will engage students of not just all majors and geographic locations, but of all ages as well.

Black alumni from NKU dates as far back as the 1950s and 1960s; many of these alumni will have a present voice of representation within the council and therefore, within the university.

“I think that right now the black community needs mentors and guidance, especially for the underclassmen,” Johnson said. “It’s not an issue of them wanting to get involved or wanting to be leaders. It’s more of an issue of them learning how to polish themselves. A black alumni council can do a great job not only mentoring but also being that bridge to connecting us to the real world.”