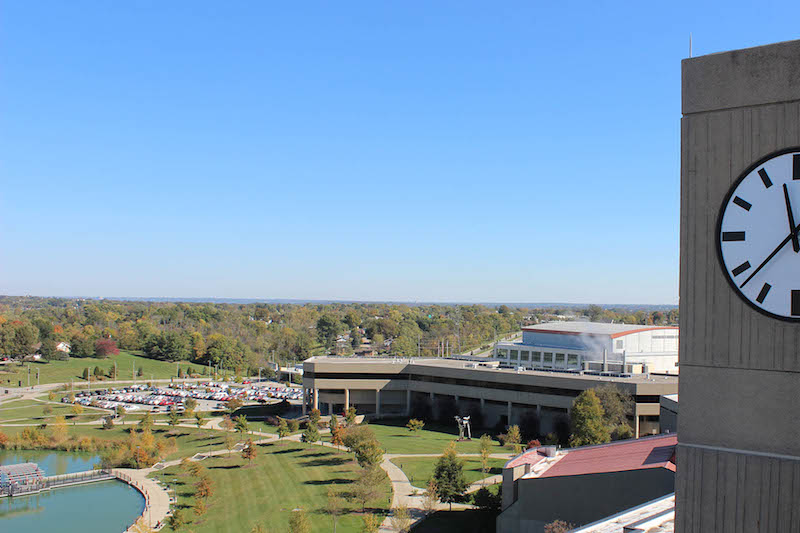 This story was updated on Jan. 27 to include an additional response from the university.

A lawsuit filed by a Northern Kentucky University student on Jan. 20 accuses university officials of indifference as well as inadequate procedures with handling her sexual assault complaint.

In the lawsuit, the student, referred to as Jane Doe, stated that she was raped by a male student in the fall semester of 2013.

It was only after the student opened up to her mother that she reported the incident to the university. Counseling services then advised her to go through the university’s administrative process instead of the police, according to the lawsuit.

The documents also point out that this advice is congruent with what can be found on NKU’s website.

Specifically, the website states, “Survivors of sexual assault are not required to contact the police or file an administrative complaint, but are highly encouraged to reach out to the Norse Violence Prevention center to discuss their options and receive support.”

According to the lawsuit, by advising students to use university services rather than contacting police, universities like NKU are seeking to avoid harmful publicity which might affect their admissions.

In addition to misdirecting the student, the lawsuit reports that the punishment dealt out to Doe’s alleged attacker was insufficient. At first, he was supposedly banned from the student housing complex.

However, the lawsuit states that he repeatedly ignored the punishment and was in and around Doe’s dorm. Over time, once the alleged attacker was given permission to go to more areas around campus, Doe was told to look for and try to avoid him, according to the lawsuit.

As the lawsuit stated, the alleged attacker was given a job on campus and had a heightened involvement in campus activities that made her feel unsafe, thus resulting in her missing out on educational and social opportunities on campus.

The lawsuit says that the student was threatened by Lexington lawyers on behalf of NKU if she were to seek legal action. The suit claimed that she “was advised in writing that if she brought legal action that all of her records would be exposed and made public, thus threatening her with exposing the details and trauma of the attack, her statements at the hearing and the aftermath.”

An email sent out by NKU’s Police Chief Les Kachurek was also identified by the lawsuit as attacking and harassing Doe.

According to the lawsuit, Kachurek stated in the email that she was “publicly slandering” her alleged attacker without any context for the accusation.

The university released a statement Jan. 22 that states:

“Today we learned that a student filed a lawsuit against our university.  The complaint contains many factual inaccuracies and mischaracterizations. The university will have an opportunity to respond formally to the complaint.

While it would be inappropriate to comment on the specifics, we are confident that we have robust policies and procedures in place, which are designed to protect students. We feel strongly that all were followed in this case.

We take our responsibility to protect our students seriously and have a number of resources in place, including our Norse Violence Prevention Center, which not only supports students who are victims of sexual violence but also proactively works to educate our entire campus community; the Green Dot program; counseling services; and 24/7 reporting available through our University Police department.”

Director of Public Relations Amanda Nageleisen told The Northerner that “the statement speaks for itself.”

The university also noted that there are no current plans to change their sexual assault procedures.

“We do not plan to change any policies and are confident that all policies were followed in this instance,” Nageleisen said.