Student gives back to those with special needs 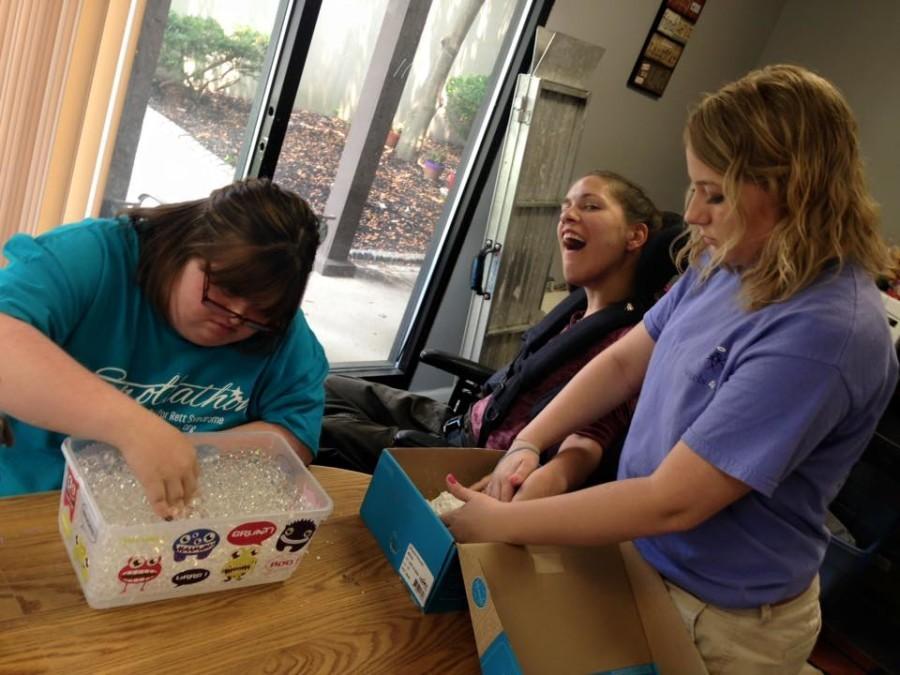 Justice Bealle thinks everyone deserves to live a full life. This is especially true when it comes to her friends with disabilities. Whether she’s hanging out with them and doing something they enjoy or working on building skills, she’s getting involved in their lives in the best ways she can.

“Someone with a disability shouldn’t be defined by their disability,” Bealle said. “They have a disability, and yes that makes them different, but it doesn’t make them any less a person.”

Bealle, NKU senior and psychology major, has been working with special needs kids and adults for a little over two years.

In 2013, she spent her summer working for the non-profit, Stepping Stones. Stepping Stones is an organization that works to help people with disabilities become more independent.

Following her time there, she started working for Angels4Life – an agency that provides a variety of services for people with special needs, from personal assistance to homecare.

Currently, Bealle spends two nights a week with a woman named Sarai. She stays overnight with her (from 3 p.m. – 7 a.m.) to help her with her daily needs.

“She’s [Sarai] in a wheelchair because she has cerebral palsy and I help her with all her daily needs,” Bealle explained. “That includes feeding her, giving her showers and sometimes we’ll go out into the community to do stuff.”

Bealle also works with a boy named Jordan – a freshman in high school with autism who she gets to see around twice a month.

“When I first started working with him he was kind of unsure about spending time with me,” Bealle said. “Now when he sees me he’ll run down the driveway when I get out of the car saying ‘Justice is here!’ and every time that happens it makes me smile.”

Ashley Kroger, a former NKU student and co-worker of Bealle’s, said that Bealle is just the type of person you want to do the work they do.

“We worked in our Adult Day Program together and she’s great,” Kroger said. “She’s very interactive with our friends and cares about them so much. You really have to be selfless and she possesses that quality.”

Bealle grew up with an aunt who also worked with people with disabilities. She also recalled being in elementary school classes for a few years with a girl who had autism. Those experiences first introduced her to the topic and have stuck with her ever since.

“It’s always been something that interested me. When these opportunities fell into my lap it was like I had to take them,” Bealle said.

And Kroger said that what they do is very rewarding.

“I can go in with a bad mood and come out in a great mood,” Kroger explained. “Who can really say that about their job?”

On campus, Bealle is a part of the Theta Phi Alpha sorority and is a University 101 TA. When she leaves NKU, Bealle hopes to become a high school teacher.

“I think the fact that I have this special education background will help me because I’ll be able to have someone with a learning disability in my class and I’ll know how to work with them,” Bealle said.

For now, she plans to keep working with and helping her friends at Angels4Life as much as she can.

“If they can’t do something without help, I want to help them,” Bealle said. “I want them to have a full life and be able to do whatever they want to do.”