Inside the minds of mass shooters 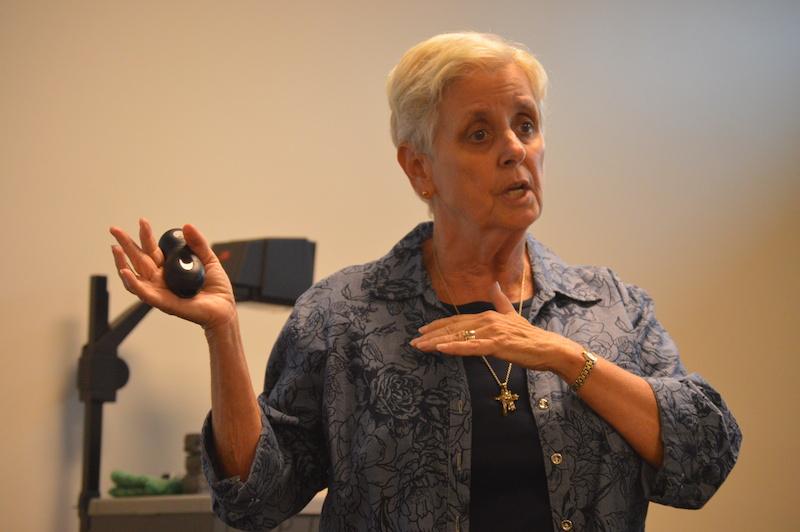 Dr. Kathleen O’Connor stands before a packed classroom, her eyes are narrow and her face is tense. Her hands hung at her side, almost as still as the atmosphere of the room.

Despite the size of the crowd, the classroom was silent.

“I keep hoping every time I do this, that this is going to be the last time I have to talk about this,” O’Connor said. “Because I keep hoping that mass shootings and school shootings will go away… but they never seem to go away.”

Hosted by the NKU Psychology Club, O’Connor spoke to about 50 students Wednesday on the psychological factors that influence mass shooters. O’Connor explained that a common misconception of mass shooters is that they just snap, or they will be suddenly triggered to act violently.

She said it is important to understand that there is a long progression that leads up to acts of violence. She added that an individual who is over-controlled emotionally has a tendency to be passive and unassertive, and these tendencies make them more susceptible to stressful experiences such as bullying.

“They have these repeated experiences and they have frustration that just keeps growing and growing,” O’Connor said. “But at the same time, they lack the skills to change, or confront, or do something about the social situations in which they find themselves.”

O’Connor also said that individuals experience extreme anger differently, and that there are two types of aggression, affective and predatory.

“Predatory aggression is very, very dangerous because you can’t see that it is going to happen,” O’Connor said. “The person is not hyped up, they don’t give the usual verbal clues that they are angry and so you don’t know until the violence actually happens that it is indeed going to happen.”

Senior Alex Weiglein, president of the psychology club, said that it is easy for people to get caught up in the media’s portrayal of these incidences, whether it be through flashy headlines or crime-oriented shows.

“I think that there’s a lot of confusion and frustration surrounding the issue, and people can’t always get the answers that they are looking for,” Weiglein said. “As people who focus on human behavior I think that we have a special responsibility to dispense some of that information.”

According to O’Connor, there is a system in the brain that activates behavior and a system that inhibits behavior. She said that most mass shooters have extremely active behavioral inhibition systems so they are very sensitive to negative appraisal. This makes it difficult for those individuals to control their emotions.

O’Connor explained that something that is negative, such as killing someone, becomes positive reinforcement for these individuals.

Lipsitz said that she believes shootings happen more frequently now because guns are easily accessible. She also thinks the way violence is portrayed in the media influences individuals who are not psychologically stable.

“There are a lot of different ways in which media violence contributes to aggression and modeling, people get ideas from the media, and it desensitizes people to violence,” Lipsitz said.

O’Connor said that gun control is not the solution to this problem.

“What we need to do is try to become more cognitive of the fact that there are people who are struggling psychologically,” O’Connor said. “We need to reach out to those people. You never know, you might be the one person who could reach out to somebody, and you could be the difference between Plan A and Plan B.”