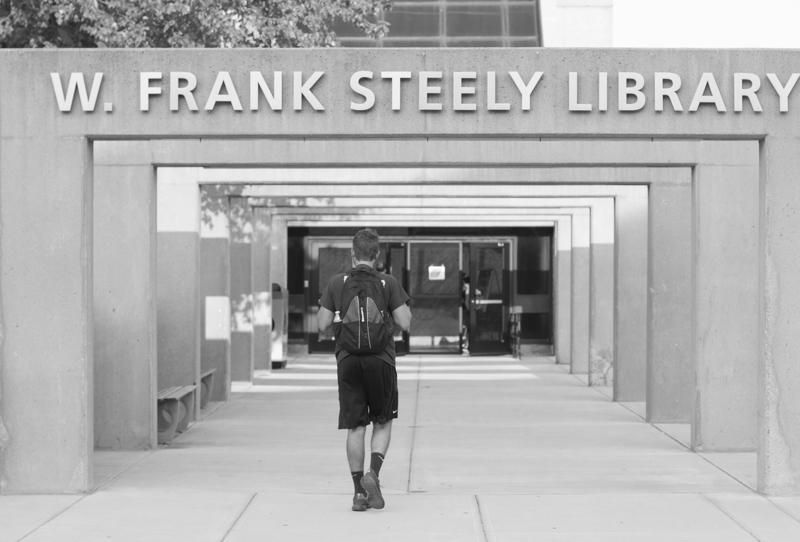 President Geoffrey Mearns sent an e-mail to the Northern Kentucky University community Wednesday, nearly a week after a female student had a gun in Steely Library.

The email said that the NKU police department has released additional documents regarding the incident in response to open records requests.

In the dispatch call, Jaylin Johnson, 23, was accused of having a gun on the third floor of the library.

According to the incident report, Johnson was in possession of a Cobra 380 pistol that had a round in the chamber and a misfeed, causing the slide to jam to the rear.

The report also stated that Johnson “displayed the gun” to a female student who was sitting in a seat she wanted. The student moved and called NKU police.

University police responded to the situation within 60 seconds.

“Within minutes of being informed of the incident, I assembled several members of my executive team,” Mearns said. “By that time, our police department had apprehended the suspect and confiscated a single, loaded firearm. Upon inspection of the firearm, police determined it was jammed, rendering it inoperable. No additional weapons or additional ammunition were present, and the police investigation produced no evidence that the student attempted to fire the gun.”

Mearns also said in the e-mail that the university’s decision to not issue a Norse Alert was congruent with the policy for the alert system, which is only necessary “if there is a significant disruption of campus services or if the campus is in imminent danger and individuals should take immediate safety precautions.”

According to the incident report, Johnson said “people are after her and that she has contacted the FBI for help.”

Johnson is facing charges of carrying a concealed weapon, menacing and disorderly conduct.

Continue to follow The Northerner as the story develops.