A new name for the home of the Norse 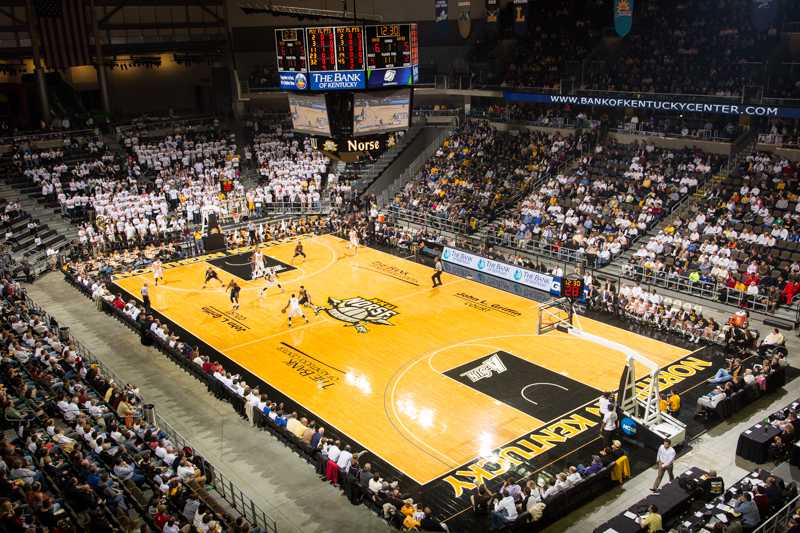 NKU will see a new name on campus this fall as students, faculty and staff come back for fall classes.

Previously known as the Bank of Kentucky Center, or more commonly to those on campus, the BOK, it will now be known as BB&T Arena.

The North Carolina-based financial services firm completed the acquisition of The BOK Friday.

“On behalf of our campus community, I am pleased to welcome BB&T to Northern Kentucky University,” NKU President Geoffrey S. Mearns said in a statement from the school Monday. “BB&T Arena will continue to be an excellent home for our Division I athletics programs, and also a convening spot for our entire region.”

The BOK opened in 2008 and has played home to Norse basketball ever since. The arena also serves as host for KHSAA Region 9 high school boys’ and girls’ basketball tournaments, which displaced NKU in their hosting of the Atlantic Sun Conference tournament this spring.

According to the statement from NKU, BB&T Arena will continue to be managed by SMG, a Philadelphia-based worldwide leader in venue management.