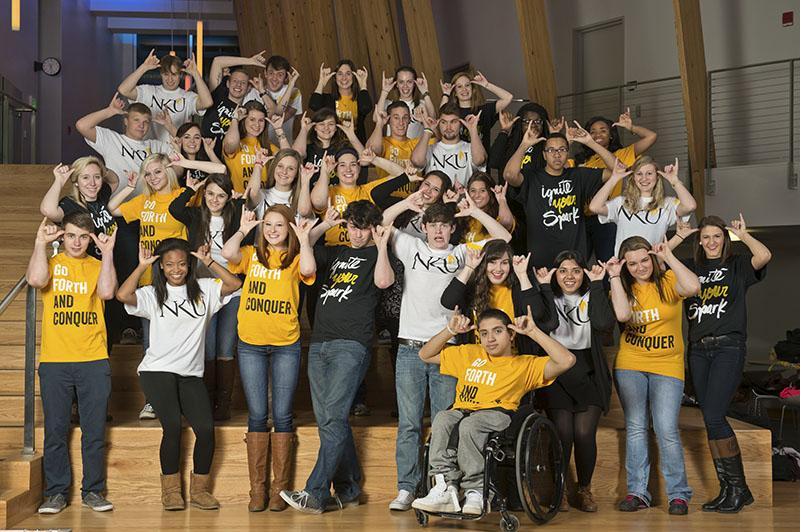 Student orientation leaders posing for a group photo at the last Northern Exposure. This year, freshmen orientation will last three days rather than two as it has in the past.

For the past nine years NKU has done Northern Exposure or orientation, as some may say, relatively the same. This year, Northern Exposure will undergo changes in the hopes of benefiting prospective NKU students.

Jennie LaMothe, director of New Student Orientation and Parents Programs at NKU, was on the committee of NKU staff that developed the new model of orientation.

“We are excited that this restructure allows our deans and faculty to have a higher level of involvement with our programs,” LaMothe said.

For the last nine years orientation has consisted of 10-12, two-day, mandatory, overnight orientations for new students. Around 300 students and 200 parents/guests attended each orientation.

This year’s orientations will consist of 11 one-day registration days.

“That is going to be one of the hardest things I think for the campus, specifically people who are involved across campus with orientation, is to change the language,” LaMothe said.

In previous years, orientation has been called Northern Exposure, which will stay the same but will include the registration days followed by the extended three-day orientation in August.

LaMothe believes the big change is that parents and students will be completely separated for the entire registration day. This will be helpful for first generation parents sending their children off to college to have their own support network of other parents to interact with.

The parents will hear from administrators, deans and faculty throughout their day.

The students will be with their orientation leaders and will hear from speakers such as the Dean of Students, advisers, associate deans and other faculty. Students will use this day to register for fall classes.

“I think it will be a bit of a culture shock, especially for parents who have had students come here before,” LaMothe said. 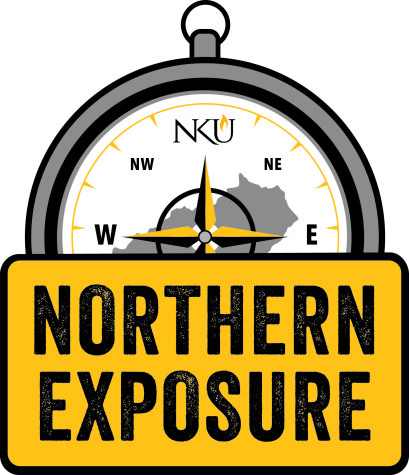 In past orientations, prospective students have been given the opportunity to attend tailgates during the two-day orientations, where they can sign up for organizations they may want to be involved in. This year, the tailgate is going to be optional for students to attend and will only last an hour during the end of the registration day.

Last summer, the tailgates took place at the new intramural fields behind the Residential Village. This year, it will be taking place in the Griffin Oval. LaMothe is aware of student organization’s concerns of the tailgates not being mandatory but she is confident that prospective students will get pulled into the carnival-like atmosphere as they leave for the day and walk past Griffin Oval she said.

There will be an extended three-day orientation on Aug. 13, 14 and 15 prior to classes starting, where students will spend overnight in the dorms. Freshmen will move in the Thursday before classes begin. Commuter and residential students will separate and attend mandatory meetings, following Convocation and dinner.

During the three days, there will be mandatory events for freshman to attend but the evenings will be left for social events.

The overall experience will be different from past years since students will be spending this time together rather than in smaller 200-300 student groups used in the two-day orientations.

“Students come here because of that small feel and that small classroom size,” LaMothe said.  “If we have 2,200 students, I don’t want it to feel like they[‘ve] all of a sudden gone to UK, so it’s still important for them to have those small groups.”

The cost of orientation will remain the same this year. The student fee is $100 and the parent/guest fee is $50. The orientation team is working extremely hard to not raise fees, but next year there may be a price increase for orientation, most likely for the student but not the parent, according to LaMothe. These fees pay for events that include homecoming events, events orientation sponsors, the orientation leader salary, orientation leader retreats and parent events. The fees also go towards food, backpacks and NKU apparel.

NKU Orientation Compared to Other Universities

NKU is relatively different compared to other universities, according to LaMothe.

“Many other universities are just now starting the two-day process,” LaMothe said.

Compared to other universities nationwide that use a three-day extended orientation, NKU is one of the only schools that make this mandatory for students, which LaMothe believes is setting them up for success.

The class meets for eight weeks and the orientation leaders must complete office hours to help prepare for orientation.

The orientation leaders are known for forming a family-like bond during the summer. They attend two retreats during their time together. LaMothe stated that the pre-summer retreat helps them understand each other’s strengths, weaknesses. They also attend a mid-summer retreat. “If you work that close everyday, for that many hours, you start getting on each others nerves. This retreat brings them back together and reminds them why they are here to do this,” LaMothe said.

Senior Brittany Gragg joined the orientation leader staff for summer 2015 and has wanted to be an OL since she started her college career at NKU.

“I do think it is going to go better than past orientations just because students complained that they had to stay overnight and there would be issues, like if there was alcohol, serious stuff that could get them in trouble. I am so excited for the summer though. I can’t wait to get to know everyone, and leave my legacy at NKU,” Gragg said.

Matthew Werner served as an orientation leader in 2012, prior to the orientation changes.

“I think first off, students will not be as overwhelmed. Secondly, it will build more school spirit and more connections and thirdly, it gives more students the opportunity to help out at Orientation,” he said.

LaMothe, along with the orientation staff are excited and ready for summer to begin and for prospective students to attend Northern Exposure.