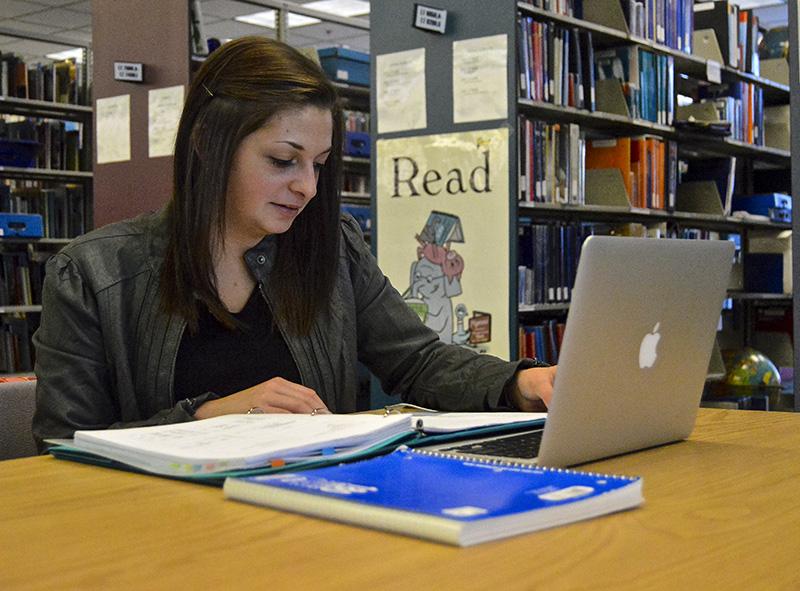 Sophomore Breilyn Selover, a radiology major, studies in Steely Library. She believes a 24-hour library during finals week would be beneficial to students.

For the first time ever Steely Library’s doors will remain open 24 hours during the week of finals. Student government passed a resolution Monday in support of extended hours.

Sophomore transfer student Breilyn Selover is a stranger to the quiet and comfortable space that Steely Library provides to students.

“I definitely like the atmosphere,” Selover said. “This library is a lot different than the other libraries at the two other schools that I’ve been to.”

“It was so loud in there and there weren’t many places to study,” Selover said of the library at EKU.

Although Steely Library offers many services and plenty of space, it is not always open and available to students.

At 2 a.m., when the library closes during regular semester hours, students file out in search of a quiet study space to finish their work. But Steely’s doors are expected to stay open 24 hours for the first time this semester. In an attempt to fully accommodate students, Steely Library will be on 24-hour cycles the week of finals this semester, May 2-8.

According to Patrick Reagan, university improvements committee chair, student government is working on conducting a survey to gauge student interest to see if there is a demand for a 24-hour library.

Reagan says that most students would support having a 24-hour library during finals week, especially those who work late hours.

“That 2 a.m. cutoff really isn’t enough for a lot of students, especially maybe those who work a third shift and need that extra time to study with the resources in the library but they can’t access it because the library is closed for those five and a half hours,” Reagan said.

According to Person, the number of students who use the library increase during mid-terms, and that number peaks towards the end of the semester as final exams approach.

“We have activity all throughout the day,” Person said. “I mean, we have people who are out in the loggia before we are even open. Same thing at night, we have people walking out of here at 2 a.m.” 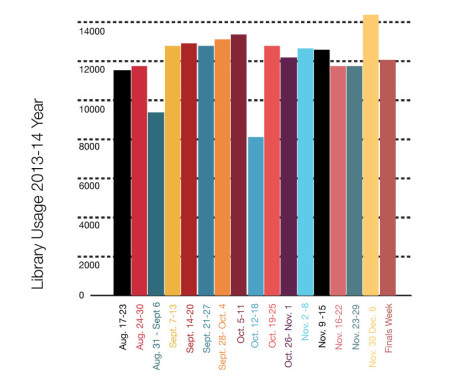 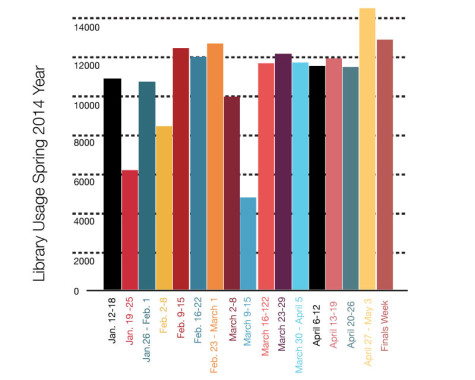 But providing the staff necessary to facilitate a 24-hour cycle does not come cheap.

Person says he plans to staff three students within that time frame- two positioned at the main entrances, and one to walk the floors.

The library will also be open during finals week of the fall semester as another trial period to see if students utilize the extended hours.