Snow removal crews work through the night to clear campus 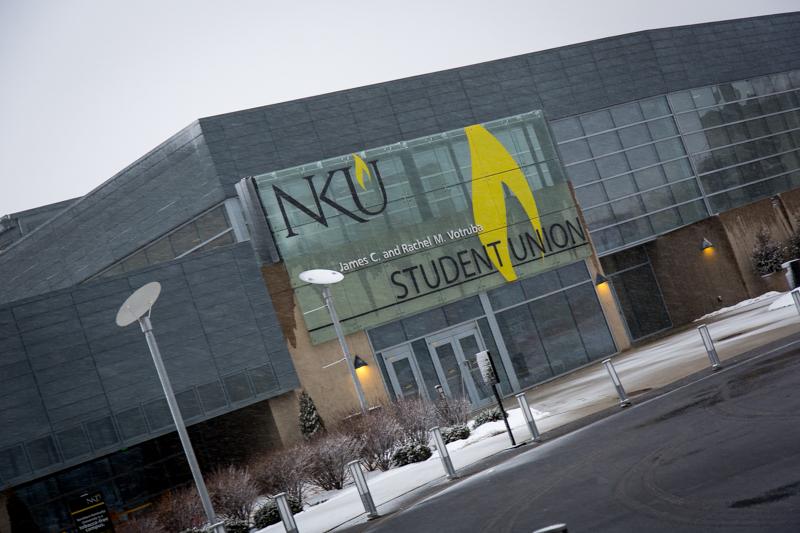 UPDATE: NKU is closed Thursday, March 5, 2015 due to continued Level 2 snow emergencies in the Northern Kentucky area. All classes are cancelled.

Snow removal will occur in shifts through the night as maintenance crews attempt to clear campus for morning classes tomorrow.

Maintenance workers have been preparing all day for tonight’s winter storm, according to Larry Blake, assistant vice president of facilities and management.

“Tonight we have crews that are already here, they’ve got all the trucks ready, all the salt loaded,” Blake said. “They’ll probably put down a basic coat of salt in a few places and then most of them will go home.”

Most workers have been told to rest while the snow falls, according to Blake. A small crew has stayed on campus to maintain necessary roads, but more workers will rotate through the night to clear parking lots, steps and sidewalks.

“We’ve got one [crew] out there now and they’ll probably be out there until close to midnight,” Blake said. “Then my guess is around two or three guys will go out sometime in the middle of the night and that group will probably work through until 8 or 9 or 10 a.m. Then again some of the ones who were here earlier tonight will come in and take over and then at that time we’re scaling back.”

If the weather is bad enough that crews can’t go home, University Housing sometimes provides a place to sleep for workers, according to Blake.

“We sometimes have people stay in the dorms,” Blake said. “We have sheets and blankets that they can use so they’ll go over there and get three or four hours of sleep and then go back to work.”

Blake said the decision was made to close at 4:30 p.m. because of the danger students might face driving home from evening classes.

“The thought process was we don’t want to get the students here, get classes started, and then figure out that ‘Hey, this is a problem.’” Blake said. “So the safe thing to do once again was to go ahead and close and not have those classes and not have the chance of them being in a classroom.”

Blake said there is some uncertainty as to whether or not the university will open on time tomorrow.

“We know it’s going to get bad, we don’t know how fast this storm is going to move through,” Blake said. “We’re likely going to have something, we’re going to have a discussion around 4 a.m. tomorrow and we’ll make a decision on should we delay, should we open, what we should do depending on what the storm did overnight and what it’s saying the weather is going to continue to do.”

The administration will keep an eye on weather reports, road conditions and travel emergencies to determine the course of action.

“The campus isn’t the only thing we look at. Nine times out of 10 when we close if you look around campus you would wonder why we closed,” Blake said. “Campbell county if they go to a level one or two (snow emergency) we certainly consider that.”

Maintenance crews have worked lots of overtime hours in the past few weeks.

“They’ve been averaging probably 80-90 hours a week, double what they should be,” Blake said.