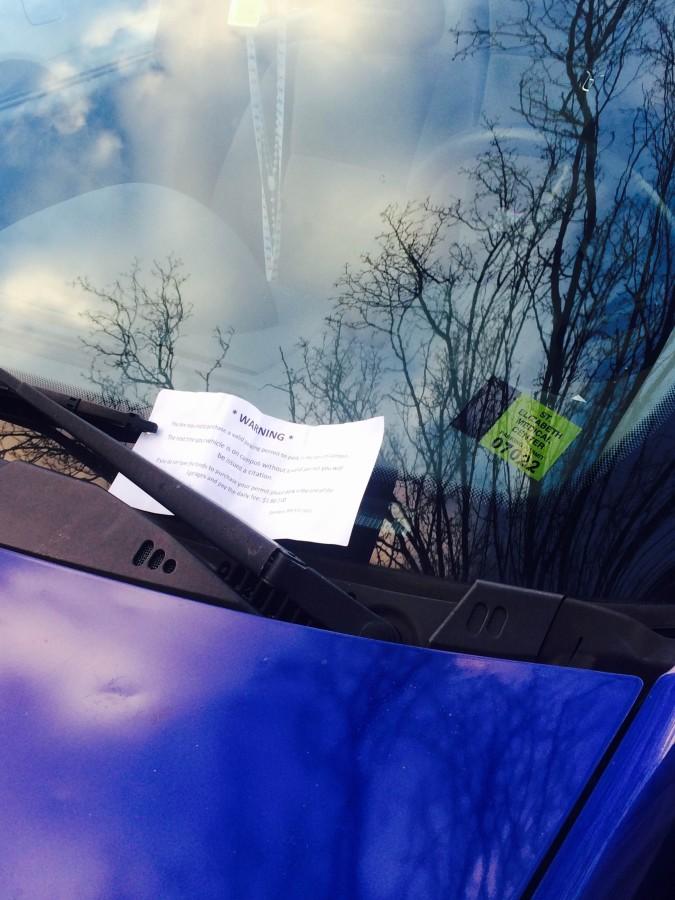 NKU students currently receive a warning for not having a parking pass during the first two weeks of classes. SGA hopes to extend that period to three weeks.

The Student Government Association held the first reading of a resolution last week that aims to extend the grace period for not having a parking pass at NKU from two weeks to three weeks, primarily to help students who receive financial aid.

The idea behind this resolution came after people complained to SGA for being ticketed when their financial aid had not been distributed yet, according to Student Rights Chair Kristian Johnson.

Johnson and Senator Ella Mravec’s main goal for the 2014-15 academic year has been to pass and implement this resolution.

Johnson shed some light on the effort he and Mravec put into making this resolution possible.

“It took an entire semester of meetings with people such as [SGA President] John Jose and [Business Operations and Auxiliary Services Director] Andy Meeks to make sure we weren’t being ignorant in any division of this and we’ve done our research and homework,” Johnson said.

SGA found in their research that 56% of students at NKU are on some sort of financial aid, which became the fueling fire for why Johnson and his team made this resolution a top priority. According to Johnson, many students do not receive all of their financial aid by the time classes start.

The resolution states, “Federal guidelines on the disbursement of FSA funds dictate that the school has 14 business days after the first day of classes to credit the student’s account. It then takes an additional 1 to 3 business days for the funds to appear in a student’s bank account, meaning that students with significant financial need would be unable to pay the parking permit fee until the third week of classes.”

Based on this excerpt from the resolution, it could very well take three weeks for a student’s financial aid to be processed. Many students on financial aid do receive a $750.00 book advance as part of their financial aid, which can be used towards the parking pass.  However, according to the College Board, it could cost nearly $1,225 for a student to buy books and supplies. This does not leave much money for a parking pass, which costs $131.00 per semester or $220.00 per year.

“This resolution would greatly help me since I do get financial aid and this past year I didn’t receive my aid until almost September,” McKee said.

Ellen Wappner, a junior electronic media and broadcasting student, stated that she thought the grace period for parking was only a week.

“I definitely know some friends who are on financial aid and they have to wait until they get their money to get their parking pass. I definitely think the grace period should be extended just in case financial aid takes a really long time to get in.”

Johnson said the parking issue has been on his mind for several semesters.

“There are so many costs associated with starting the semester, no one should have to worry about a parking pass,” stated Johnson.

The second reading for the resolution will be held Monday, Jan. 26.  If the resolution is passed, it will be sent to the Faculty Senate in the hopes of being implemented.