For the first time in university history, the majority of leadership positions at NKU are filled by women.

Katherine Frank, the new dean of the College of Arts and Sciences, Cynthia Reed, dean of Education and Human Services and Rebecca Porterfield, dean of the NKU Haile/US Bank College of Business, all joined NKU’s administrative staff this summer.

The three women come from different states and campus cultures, yet all are happily settling in their new position and looking forward to the school year. 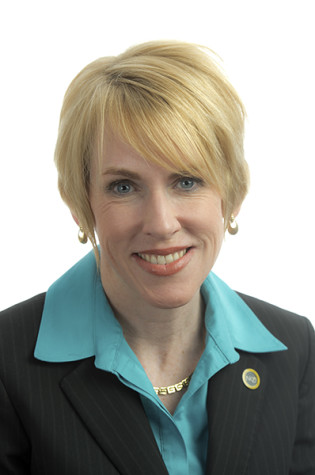 Katherine Frank comes to NKU from Indiana University East, where she served as dean of English and later as dean of the School of Humanities and Social Sciences.

“I was familiar with the issues I was going to face at the college level. The difference is truly in the size and scope of responsibilities,” Frank said, describing her transition to NKU.

According to Frank, at Indiana University East she managed a school with 150 faculty and that she now has 500 NKU faculty under her management.

“It’s been a very busy but enjoyable transition,” she said.

“I was very attracted to this position because of the new leadership and the experience I had when I visited the campus,” Frank said. “I think the vision the president and provost have are very exciting. My work with them has been the same.”

“I’m in that stage now of really processing and prioritizing what are our [the College of Arts and Sciences’] priorities for the school year,” Frank said.  “As a college we are working very carefully on strategic planning.”

Frank said that she hopes to have an acting strategic plan for the college within the next few months.

Katherine Frank said that her meetings with the Provost and other female deans were encouraging and refreshing.

“It’s nice to be able to work with other women in leadership positions and to share experiences we’ve had as we’ve moved throughout our career,” she said. “I think it gives you a chance to share experiences from a variety of perspectives. And it allows you to create opportunities for others seeking leadership roles as well. I think it’s just a really rich experience.”

Prior to her NKU appointment, Cynthia Reed served at Auburn University as the Emily R. and Gerald S. Leischuck Endowed Professor of Educational Leadership and as the Truman Pierce Institute Director. Reed said her goal coming to NKU was “getting to know the people here in the college, the people at the university and certainly getting out and meeting people in the community.”

“One of the first things I wanted to do was listen to people about their perspective of the college and things they think we should be doing,” Reed said. 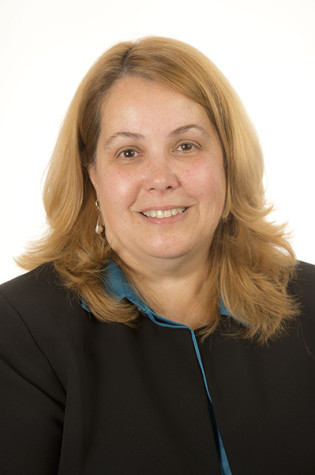 Reed said that having students as the top priority in NKU’s Strategic Plan spoke volumes.

Reed said her goals for the College of Education and Human Services are similar to Frank’s.

“Coming in, one of my goals was to assess what’s here,” she said. “I’m in that stage of getting a deeper understanding of what we have here and how that fits into the university plan.

“One of the things that I noticed off the bat here is the work ethic,” said Reed. “People here are focused on the same thing, which is making sure we are making a difference in the community, making sure our faculty and students and staff are valued and appreciated.”

NKU’s leadership made an early impression on Reed as well.

“I think NKU is being true to one of our core values [of inclusiveness] and has been actively seeking out and promoting women in higher seeking roles, we have a pretty balanced team,” said Reed. “I think we’re doing far better in that regard at not having that glass ceiling that women bump into.”

In a former position Rebecca Porterfield served as a graduate associate dean at the University of North Carolina Wilmington’s Cameron School of Business. During her time at UNC she worked to create the Cameron Executive Network, which linked retired Fortune 500 businessmen & women to current business students.

“In my [former] role, and certainly as a dean, what I hope to do is forge stronger relationships between the business community and our faculty and students,” Porterfield said.

“I learned some things from my former group,” she said. “I think actually we can build a better opportunity for our students.”

Porterfield said that throughout the interview process she saw the dedication of the faculty at NKU. “What has resonated with me over and over again since I’ve been here is the good faculty and staff we have, “she said. “It was the energy, it was the dedication, it was the forward thinking that made me want to come here.”

“In terms of the challenges I sometimes feel like there aren’t enough hours in the day because I’m so excited about what I’m doing…and I have to remind myself that I’ve only been on this job for about six weeks,” she said. “And that’s just because I’m excited about being here. It’s all positive.”

Porterfield said her transition from UNC Wilmington has been smooth, saying that on her first day of work the faculty planned a welcome breakfast.

“People have been very supportive and welcoming,” she said. “There was a tremendous amount of support, training, and education which is important. And yet, there was a good blend of social interaction to get to know people across the campus and within the college, and that meant a lot.”

Porterfield said she’s very pleased with the administrative team at NKU and its direction.

“The leadership team we have in place has the excellent experience they can draw from their prior positions, they’ve got the right view or vision for the future,” Porterfield said. “They know the questions to ask so that we can focus on the right strategies in order to make things happen. They’re forward thinking, they understand the culture of the campus; they understand the community we serve very well.” 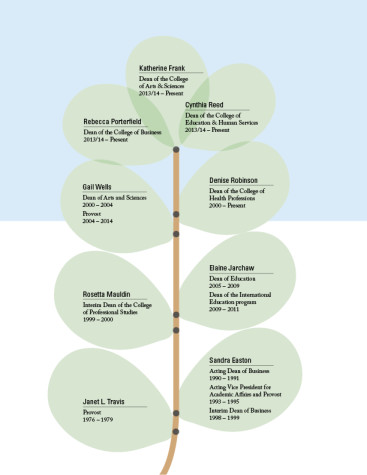