Top ten tips toward a ‘greener’ you 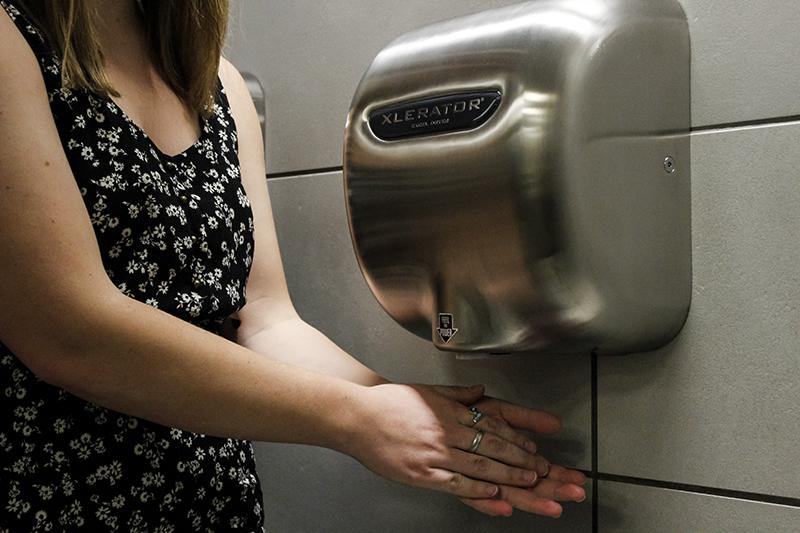 “One person can make all the difference in the world. For the first time in recorded human history, we have the fate of the whole planet in our hands.” Chrissie Hynde

Who doesn’t want 10 cents off at Starbucks or Einsteins?

If you bring a reusable mug for your next cup of joe, you will! And if you don’t have any tumblers of your own, both companies have plenty that you can purchase in-store.

Not even 3 percent of people who visit Starbucks use their personal tumblers, according to their website.

What you can do: Not only is it better for the environment, it’s better for your wallet too. Starbucks has reusable cups as inexpensive as $1 and Einstein’s has mugs as cheap as $4.

2. Consider carpooling, taking the Tank bus or walking to campus

Traffic pollution is one of “The Worst Environmental Problems in the Tri State,” NKU Biological Sciences Professor Chris Curran’s Environmental Toxicology course said about the region.

And NKU doesn’t help that problem.

According to NKU’s Office of Institutional Research, around 87 percent of NKU undergraduates drive to campus. And the large amounts of carbon dioxide those cars leave behind are responsible for around 42 percent of NKU’s total carbon footprint, according to NKU Green Co-Director Jane Goode.

What you can do:  If you live on campus or in a nearby apartment complex, think about walking to class next time. Or take the TANK bus that offers free rides to all NKU students, faculty and staff with a valid All Card. Even better, next time you head out to Cincinnati, bring a couple friends and ride together, if you’re all going to the same place, and you can help save the earth while having a good time with one another.

According to the Sierra Club, artificial light makes up 44 percent of the electricity used in office buildings (including buildings like the ones on NKU’s campus).

What you can do: Turn off your desktop computer if you’re not going to be at work, school or on campus the rest of the day. Unplug that phone charger that you aren’t going to use until you get home. And remember to flip off the light switch when walking out the door. If you are staying in, let the natural light do what it is was made to; some say it brightens your mood.

The average office worker uses an entire tree of paper per year, according to the NKU Green website. Think about that in terms of how much printer paper students, faculty or staff at NKU use at the Steely Library or in other campus offices or computer labs.

NKU is making steps to save paper in this context, too.

In September 2012, the Student Government Association passed a resolution to get new  printers in the Steely Library to allow students to print on both sides of each page. It has been projected to save more than $240,000 a year at NKU.

What can you do: Essentially, think before you print. If you’re able to, print on both sides of a piece of paper. If possible, don’t print and simply use digital copies of a document on your iPad, laptop or cell phone.

According to the NKU Green website, 15,325 pounds of material are collected on campus each day. Seventy percent of that amount can be recycled.

What can you do: Look for recycling bins on campus instead of throwing your item in the nearest trash can. Recycle in your dorm or apartment and encourage your friends to do the same.

Ever waited in front of an elevator in Landrum and avoided looking at the signs reading, “NKU consider taking the stairs”? Did you still take the elevator?

New York University started a stair campaign, “Burn Calories not Electricity,” after New York City began promoting the use of stairs instead of elevators.

According to the NYC Department of Health, not only is taking the stairs good for the planet, it’s good for your body. For example, walking up the stairs burns about 700 percent the number of calories you burn standing in an elevator and two minutes of climbing stairs a day burns enough calories to eliminate weight gain in an average adult.

What can you do: Simply, take the stairs and help reduce energy consumption while getting in a free workout.

If you wash your hands (and we’re all hoping you do), pick the hand dryer over the paper towels.

Some buildings on NKU’s campus no longer offer paper towels, but most of the ones that do also have hand dryers installed.

Xlerator hand dryers, like the ones in Griffin Hall, reduce the carbon footprint of hand drying by 50-70 percent when compared to traditional hand dryers and paper towels, according to a peer reviewed Life Cycle Assessment.

What can you do: Ditch the paper towels. If you do use them, don’t be too generous with them.

NKU has three community gardens: one by Callahan dormitory, one in front of Griffin Hall and one across from Bluegrass Liquor.

What can you do: If you’re able, start your own garden. No one’s expecting you to be self-sufficient and grow every food you’re ever going to consume, but there’s no harm in taking small steps toward eating fresher food with a small carbon footprint.

SGA senator Jarrod West asked the university to place more dual flush valves on the university’s toilets in a resolution that passed March 24. Larry Blake, facilities manager, said that if NKU changed all the valves right now, the university could save a total of 20,000 to 30,000 gallons of water per year.

And what’s more is that letting your faucet run for five minutes uses as much energy as running a 60-watt light bulb for 14 hours, according to earthshare.org.

What can you do: Take a shorter shower every now and then. Don’t let your faucet run excessively and take advantage of the university’s low-flow toilet valves.

For a full list of Earth Week events check out our Earth Week calendar.