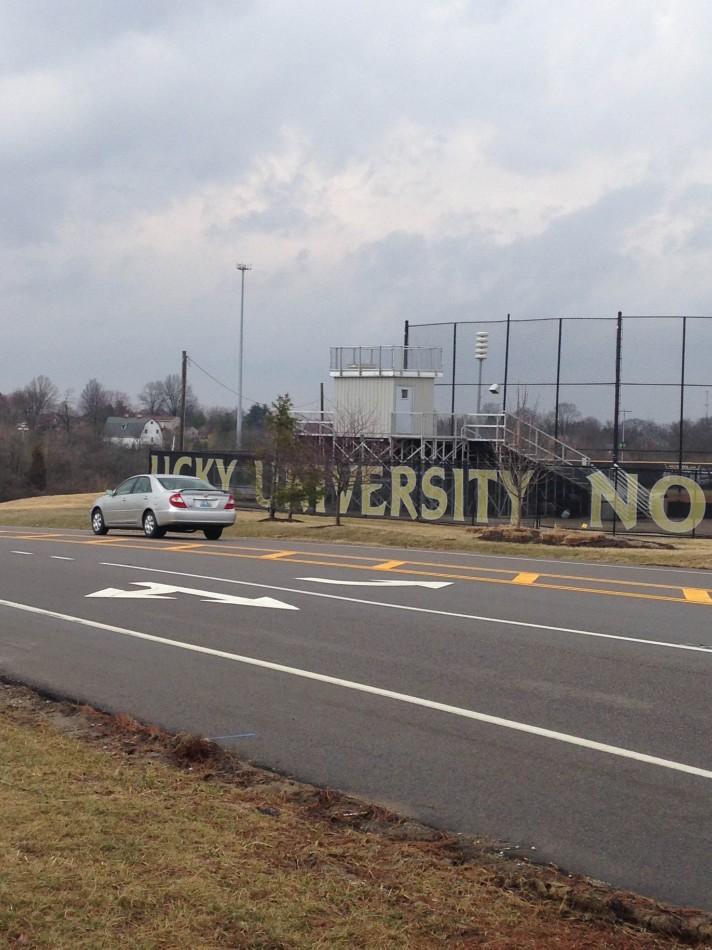 Construction is expected to begin in spring 2015 on a three-lane divided highway that will connect NKU to the AA highway.

The road will feature a two-way turn lane, curbs, gutters and a multi-use path which can be utilized by students. According to Vice President of Facilities Larry Blake, the road will appear very similar to Johns Hill Road and will not contain any stop signs or stoplights.

The first phase of the new road will be 1.7 miles in length and extend from Three Mile Road to Johns Hill Road. The road will begin at Three Mile Road near Sunset Drive, run behind the residential village, continue through an area where parking lots currently exist, and end at Johns Hill Road near Meadowview apartments. Traffic circles will be constructed at both ends.

The second phase of the connector road will be 1.8 miles in length. It will extend from Johns Hill Road and connect with the AA highway near McDonald’s in Wilder, KY, said Blake.

According to Nancy Wood, spokeswoman for the Kentucky Transportation Cabinet District Six Department of Highways office, the road is currently in the design stage. Work is expected to begin on phase one of the road next spring after the environmental impact is approved by the federal government. There is no anticipated date for construction of phase two of the road; however, Wood estimated that a project of this size typically takes about two years to complete.

Around $17 million in federal funds has been allocated so far for the project. Blake stated that because the road will be paid for by federal and state funds, the only costs to NKU would be the construction of additional lighting for the road, landscaping of the median, and mowing of the median and surrounding area.

Because the road will go across the back of two parking lots, Blake anticipates that around 200-300 parking spots will be lost. He said that a plan is in place to replace the spots in the future.

The road will be an alternative route to U.S. 27 for some students and is expected to alleviate current problems occurring on Kenton Drive due to heavy traffic on campus.

“[The road] stops the conflict almost totally between pedestrians and vehicles, which does two things,” said Blake. “One, it eliminates the potential for accidents, which seem to be going up as time goes by. It also reduces the delay for people coming through the campus or to the campus. So you won’t be sitting there waiting for people to cross the street every thirty feet.”

“The biggest goal of this project is to improve the safety of the campus,” Bezold said. “Traffic will be moved to the perimeter of campus.”
Blake said that the long-term goal for Kenton Drive is for it to one day be a walking path and a road only for service vehicles.