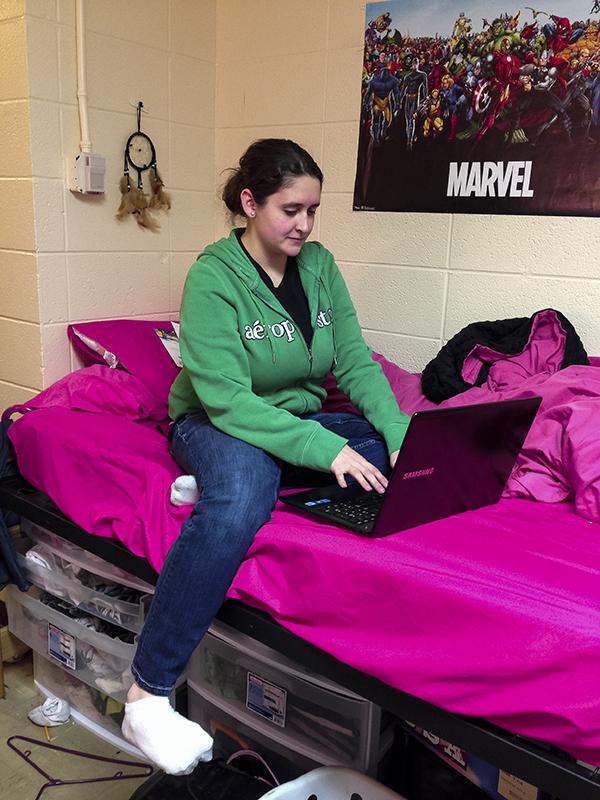 The NKU Village’s wireless internet bandwidth is expected to receive an upgrade sometime in the future, expanding its current 450 megabits per second speed, to a possible 1 gigabit per second.

There are plans to consolidate Callahan Hall’s internet connection and perhaps Northern Terrace’s when it is completed, according to NKU’s Director of Infrastructure Doug Wells. Currently, the Village’s and Callahan Hall’s connection are both provided by Cincinnati Bell.

The improvements are part of a SGA wi-fi initiative passed last semester.

“From what I’ve heard, students haven’t had as much problems,” Jarrod West, the SGA senator who wrote the resolution, said. “I’d like [IT] to keep working on it.”

The IT department has also released a link where the NKU community can report dead spots and request assistance with wireless problems.

Of the twenty complaints IT has received, Wells said they have been able to fix 14 of them.

Wells also said there was some weak wi-fi in the Albright Health Center. He added that IT is waiting on some new hardware that will hopefully fix the problem.

“Right now, since we’re in the middle of renovation, it’s a little hard. The wi-fi is supposed to be addressed, but the question is do we have enough in place to come up with a solution,” he said.

The software to the controllers were also upgraded during winter break, according to Wells. That means that IT can better control and monitor the wireless on campus. Wells said it’s supposed to fix some of the bugs the wireless internet encounters.

Cisco, the vendor NKU bought the software from, claims that the controllers will also improve the wireless internet’s strength.

According to Wells, the IT department is also currently installing wireless monitoring tools in the Student Union. He added that the monitoring tools will connect to the network and will monitor the wifi from the user’s point of view.

“We don’t want to put a lot of money into it if it doesn’t work,” Wells said.

The Student Union was chosen as the demo site because of the amounts of wireless troubles there, Wells said.

Wells said that NKU recently underwent a wireless audit, which means that an external company reviewed the placement of the access points and made suggestions as to where they should be moved or changed in order to help them flow better. He added that the audit suggested turning the power down in some areas with lots of access points like Griffin Hall and the Student Union.

Access points can be in different modes, according to Wells. He said there were plans to change some of the access points to listener mode, which helps monitor wireless and the rest will remain active.