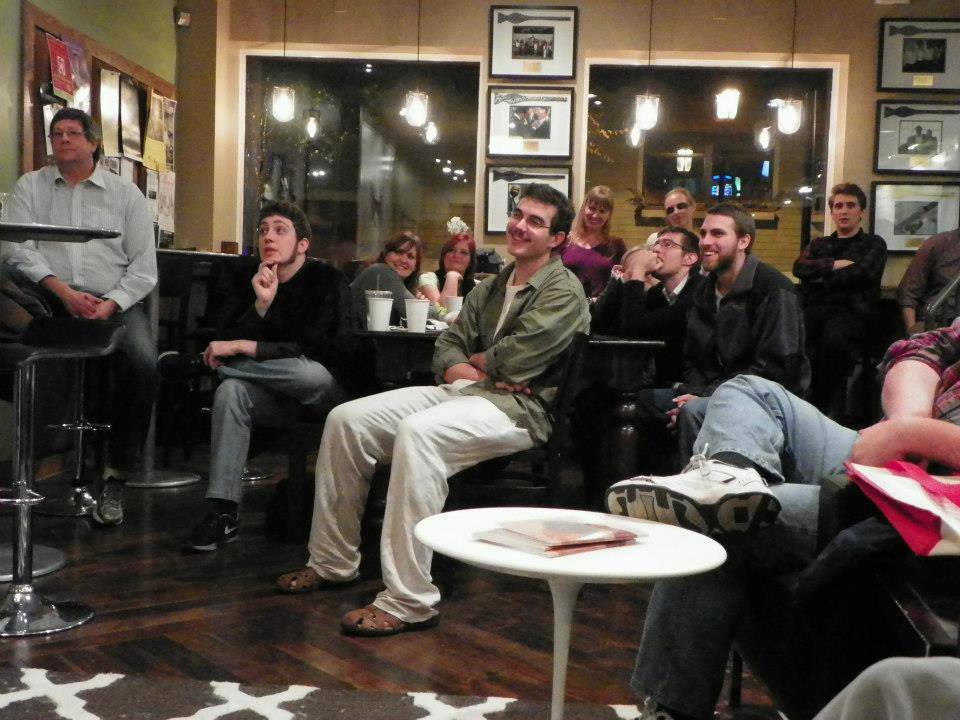 Students have until Feb. 21 to submit an array of artistic material to the university’s undergraduate literary magazine– Loch Norse Magazine.

The magazine, which was established in 2011, is currently accepting literary and artistic works ranging from lyric poetry to ceramic sculptures for its third issue.

This year, the magazine is adding a new category of short plays to its featured works. The magazine is currently accepting drafts of 10-page plays written by NKU undergraduates.

The publication was renamed three years ago by former editor Jenn Whalen and the rest of her editorial board, said Kelly Moffet, faculty adviser for the magazine.

With the renaming of the magazine, the editorial staff also began a new tradition — their monthly Open Mic Nights.

“I feel like the students breathed new life into the magazine and the writing community here, and I’ve been awfully proud of them,” Moffet said.

Eight student editors are solely responsible for the magazine and open mic nights.

“The students are the life-breath of the magazine,” Moffett said. “They run all of the events and do all of the editing and arranging of the annual journal. I am here only for advice and support.”

The magazine, which is published once a year, features works of literature and art from about 20 students, between the different categories.

The magazine receives the most submissions for poetry– usually publishing works from eight to ten students each year.

Neely reiterated that the magazine not only accepts literary works, but also artwork as well.

“We take photography, we take paintings and sculptures, really anything that falls under the art category we consider. Even pictures of art, of sculptures,” she said.

Neely joined the staff of Loch Norse Magazine in 2012, where she served as poetry editor for a year.

According to Neely, the works are chosen by the section editors, so the pieces are largely selected based on each editor’s individual tastes.

When Neely was poetry editor in 2012, she looked for imagination and creativity in the pieces.

“I looked for interesting language, good imagery, and good titles too,” she said. “A good title always helps with poetry.”

These social events are for students that want to get involved in the NKU writing community or just want to share their own work. Each month a guest writer comes to share their work with students.

“Each time we have a guest writer participate in the Open Mic Nights from a different university, he/she tells me how impressive our NKU students are — not only are they talented, but they are full of energy and [have a] love for language and developing a community of like-minded individuals,” Moffet said. “This speaks volumes.”

These nights are held at the Bow Tie Café in Mt. Adams, Ohio, on Friday evenings.

“It’s an intimate, small audience so it’s easier for first-timers to get comfortable reading their stuff in front of people,” she said.

The next Open Mic Night is on Feb. 21 at 6:30 p.m. The guest reader will be poet Danielle Ryle, who recently published a book, Fetching My Sister.

Print copies of the magazine can be found around campus, and the magazine is also available online at lochnorsemagazine.com