Making smarter food choices begins with a ‘Healthy U’ 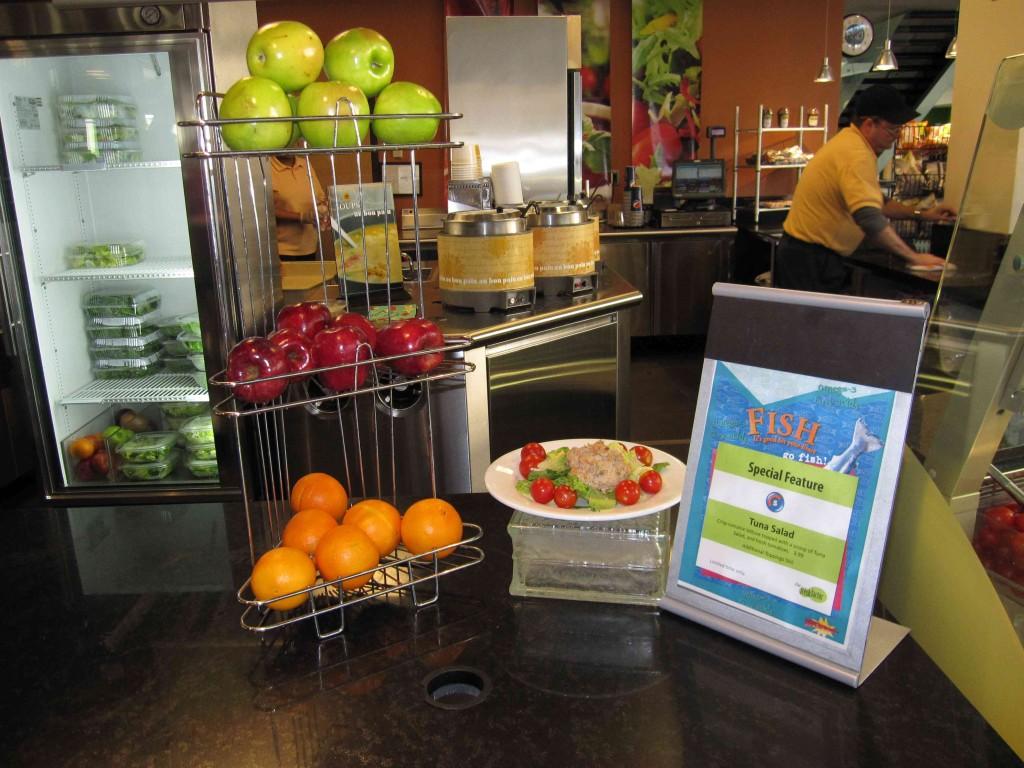 “Is this real food?” is a question Maggie Gough, assistant director of NKU Wellness and resident dietitian, says everyone should ask themselves before biting into a new meal.

“Just because something may say its low fat, low carbs, low sugar… does not equate to it being healthy,” Gough said. “You have to ask yourself ‘Is this real food?’ ‘Would my grandmother recognize this as real food?’”

This is important, according to Gough, because the food industry these days can make the numbers on the nutritional information look better than they actually are, but that doesn’t necessarily mean those foods are good for you.

And with many students, faculty and staff coming back to campus this semester with hopes to diet their way into a ‘new me’ in this ‘new year,’ NKU Wellness has programs set up to steer the NKU community in the right direction as it pertains to making smart, healthy food choices.

Healthy U is a program initially created by NKU Wellness to highlight healthier food options on campus, making them more transparent to people in the NKU community who may be trying to watch what they are eating.

These Healthy U options are labeled with the gold Healthy U logo and can be found at various dining locations on campus and in the residential dining halls.

One important tip that Gough added was that these Healthy U options are just items. In order to create an overall healthy meal, it is important to pick an assortment of food items that are all healthy.

Gough gave the combination of a Healthy U sandwich from Coyote Jacks paired with a water and a healthy side such as a fruit or vegetable, as an example of a healthy meal for on-campus dining.

A golden rule Gough had to offer was to make half of your plate vegetables and/or fruit. Gough said this will usually result in the culmination of a healthy meal, although she added that you do still have to use your best judgement and common sense.

Murray, who lives off campus, said her goals for the new year include a healthy outlook. She plans to train for The Flying Pig Marathon and make healthy eating choices.

She said she ends up eating on campus four-five times per week, due to convenience and that having the Healthy U options highlighted at different food vendors makes choosing healthier foods a lot easier.

“I’ve learned that you can get grilled chicken instead of just fried chicken at places like The Strip,” Murray said. “The Healthy U options really help these healthier foods be more well known.”

Murray did have some recommendations for dining choices at NKU.

“I would like to see more nice, healthy food places on campus,” she said. “And a better salad bar for sure.”

Bringing your lunch to campus is another option many people take in order to eat healthier food. However, Gough said there are some common misconceptions that people have about what healthy food is and what they should be packing for lunch.

“Its important to be careful of excess protein and sugar,” Gough said. “You can only use so much… at one time, so if you’re not working out these extras can be stored as fat.

Gough gave an example of a normal lunch she see’s people bring in around campus, that she said is actually a relatively unhealthy lunch. A sandwich with a protein drink and a banana is an example she gave of one of these lunches.

Gough said with the sandwich that there is no need for the added protein in the protein drink. She added that protein drinks usually have large amounts of sugar, especially with the added sugar of the banana.

An example of a better, smaller and convenient lunch, according to Gough, would be a water, fruit and cheese stick.

Sophomore social work major Marcel Hughes lives off campus and said he prefers to eat on campus simply due to things like Healthy U options that make it more convenient and easy to know you’re eating healthy, however he added that he does pack lunch sometimes and still usually tries to count calories and watch what he eats.

NKU Wellness has also worked to implement a healthy food policy as it pertains to the vending machines on campus.

At least 30 percent of the foods in vending machines across campus have to be considered healthier food options, according to Gough.

This means at least 30 percent of the food offered will meet one or more of three criteria marked by a colored spiral on the vending machine itself.

Gough said the Wellness Center has made sure to make itself aware of things like candy bars that have added vitamins or adjusted nutritional information to make themselves appear to be more healthy choices. She said they policy aims to only promote healthier foods that are helpful and more natural sources when looking at the ingredients.