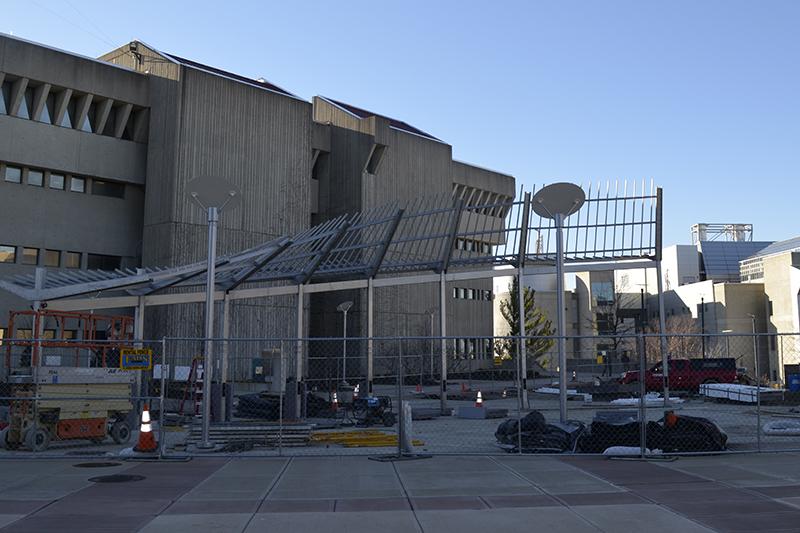 Progress being made on the plaza renovation on NKU's campus.

After numerous setbacks and delays, the university plaza construction is set to be complete in the next four to six weeks, according to Assistant Vice President of Facilities Larry Blake.

Blake explained that freezing and sub-zero temperatures have been mostly to blame for delaying completion of the project, which did not allow construction crews to complete as much of the project as they would have liked while students were away on break.

“The best time to pour concrete is when the temperature is around 40 degrees,” Blake said. “When we couldn’t pour concrete, everything stopped. We have been pouring concrete as weather permits, but the weather just hasn’t worked with us at all this year.” 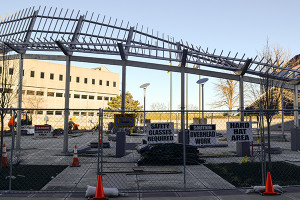 Other aspects of the project still to be completed are the planting of more trees, addition of more seating areas, construction of fountains and the completion of an outdoor amphitheater outside the Fine Arts Center, which will serve as a place for various performances. Blake believes that the overall appearance of finished plaza will be greener and more modern.

Students returning to classes this week saw noticeable improvements in the plaza renovation as well as greater access to buildings located around the plaza. Walkways, once narrowed by a maze of construction fences, have widened as the project nears its end. A path between Founders Hall and Landrum Academic Center has also been opened.

Sophomore Katherine Herbort, a math education major, had two classes in Landrum last semester and navigated the construction on a regular basis.

“Even just trying to get into the library was difficult. It was a huge inconvenience for a lot of my friends,” Herbort said. “The plaza looks great now, I just saw it today,” she said on NKU’s first day of classes after winter break.

“This is my first year at NKU and it did strike me that getting places was a little inconvenient,” Bardgett said. “Now it’s a much easier experience getting to class.”

Blake expects the project to have lasting effects for NKU students.

“It’s going to create a sense of place, which is a goal we’ve had for a long time. When students come back [after graduating], they will have a place to go that’s full of memories,” Blake said.

He also added that he feels both the plaza and the Griffin Hall oval are unique spaces that have been created in recent years.