Newest regent has always given back to alma mater 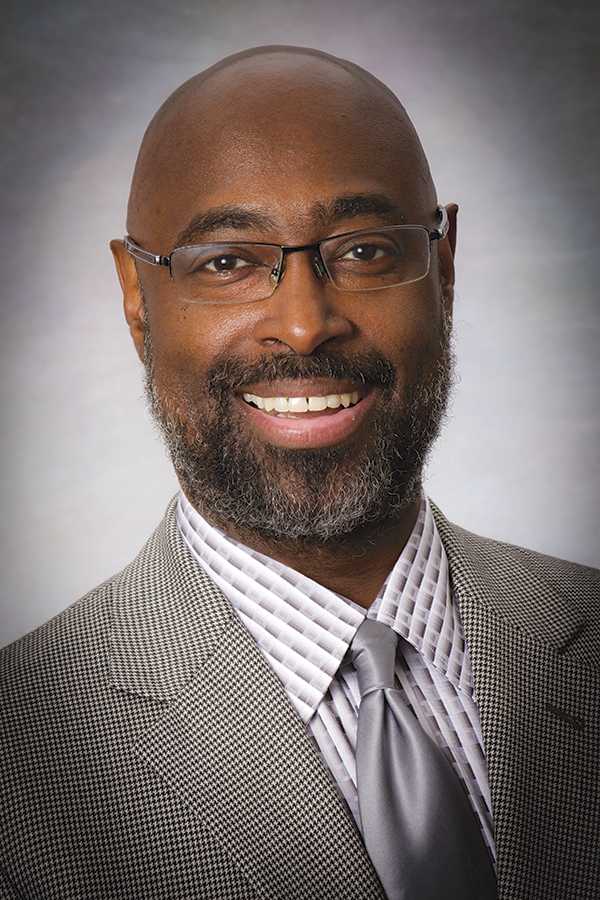 Andrá Ward, the first black alumnus appointed to NKU’s Board of Regents, has lived quite a varied life, but has always given back to his school, both as a student and an alumnus.

Ward graduated from NKU in 1986 with a degree in broadcast communication, a predecessor to the current electronic media and broadcasting program.

However, Ward’s goal was not to end up in media production.

“When I initially pursued the degree, my interest wasn’t even to be an on-screen talent or to be behind the scenes in production,” Ward said. “My initial interest was to continue on to law school and to be a media owner, and negotiate mergers and acquisitions.”

In 1992, Ward founded the Khafre Ward Corporation, a business consulting firm that works with both major corporations and nonprofits on trainings, leadership development, executive coaching and strategic planning, according to Ward.

Ward has served as president and CEO of the Khafre Ward Corporation since its founding.

So why did Ward not end up going to law school? What happened? “Life,” he said with a laugh. “Life happened.”

Ward said he took the Law School Assessment Test (LSAT), and applied and was accepted to several law schools, including the Salmon P. Chase College of Law.

“I just allowed my time to run out for my LSAT,” Ward said. “My brain was academically beat up. I was involved in a number of things. I had to balance my academics with my organizations, and I needed a break. I was offered the opportunity to work full-time, and I took it.”

As a student, Ward was highly involved in the Student Government Association, United Black Students, the Student Activities Board, and had a major role in creating Alpha Phi Alpha, the first black Greek letter organization on campus.

“There are a few guys I blame for getting me involved,” Ward joked. The two main people he “blames” are his friends Dave McKnight and Scott Woerster.

“I had always been the kind of person to demonstrate leadership abilities and take the opportunities when they availed themselves,” Ward said.

Ward said he served on several university committees at the appointment of the SGA president and the university president.

He also served as the president of Black United Students and wrote several columns for The Northerner during his time as a student.

After graduating, Ward initiated as an alumnus member of Alpha Phi Alpha in the Delta Gamma Lambda alumni chapter in Cincinnati. As an alumnus, Ward helped to found the Rho Gamma student chapter here at NKU in 1988, then served in various roles for the organization throughout the area.

Service to NKU as an alumnus

After graduating, Ward served on the alumni board for several years until the mid-1990s, before being transferred to the foundation board of directors, where he served the university for 12 years.

“A number of people [at NKU] have had a say in shaping and molding me into the person I am now,” Ward said, saying he’s wanted to give back to the institution that’s made him into who he is now.

When Ward stepped down from the foundation board, he was approached by President Emeritus James Votruba.

“[Votruba] said to me, ‘What’s next for you? We don’t want to lose you and your involvement with the university,’” Ward said. “He simply said to me in passing, ‘I think you would be a great addition to our Board of Regents, and I want you to think about that.’”

Ward was then introduced to current regent Nathan Smith, another alumnus from NKU, who showed him how to apply to be on the board.

He applied, and waited several months while Kentucky governor Steve Beshear debated who should be added to the Board of Regents. Whoever was appointed would fill Martin C. Butler’s seat, according to a press release from NKU. Ward described this time as “waiting on pins and needles.”

“I was actually traveling on business when I got the call,” Ward said. “And my cell phone rang, and it was a Frankfort number, and it was the governor’s office, and I was told that I was appointed to the board.”

“I have the opportunity to impact students on the next level as a regent,” Ward said. “I would hope that students would look at their regency not as some mystical body that only hires the president and sets tuition rates.”

Ward said he hopes that students, as well as faculty and staff, will reach out to the Board of Regents “through appropriate means” if they have any issues or any questions.