The search for a new Vice President of Academic Affairs and Provost is underway at NKU as the four finalists for the position received open interview sessions with the faculty, staff and students during the month of October.

Sue Hodges Moore, chair of the provost search committee and vice president of planning, policy and budget for the university, said these open interviews sessions were important because they provided an opportunity for faculty, staff, and students to learn about the candidates and provide feedback. Moore said it is important to President Geoffrey Mearns to get reactions and feedback from the campus community and community leaders.

“It’s important for the community to have a voice in the process,” Moore said.

After weighing the options and going over the feedback he receives, President Mearns is expected to announce the new vice president of academic affairs and provost on at the board of regents meeting on Nov. 13, according to Moore.

The four finalists for the position of provost include Melissa R. Lavitt, dean of the College of Social Sciences and Public Affairs at Boise State University,  Valerie Gray Hardcastle, co-director at The Weaver Institute for Law and Psychiatry at the University of Cincinnati,  Sue Ott Rowlands, dean of the college of liberal arts and human services at Virginia Tech,  and Austin Agho, dean of the school of health and rehabilitation sciences at Indiana University – Purdue University at Indianapolis.

Melissa Lavitt brings 15 years of administrative experience and a hands-on approach with her to her interviews at NKU to be the next Vice President of Academic Affairs and Provost. 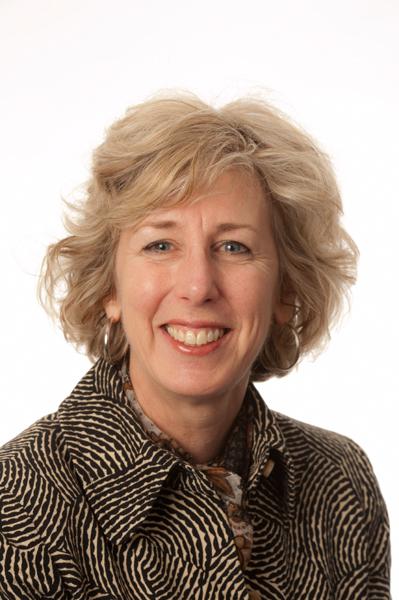 That experience could prove to be the difference between coming back and writing a runner’s-up thank you letter.

Since 2008, Lavitt has served as a professor in, and the dean of the College of Social Sciences and Public Affairs at Boise State University.  Spanning the year before that, she acted as an Interim Vice Provost at Eastern Washington University after serving as the Associate Dean and Graduate Director of the College of Social Work and Human Services at the same university, all according to her curriculum vitae.

“On a personal level, I believe that my leadership style is one that encourages an open exchange of ideas as well as an emphasis on making things happen.”

She served as the Department Chair and Director of the MSW program at Arizona State University West from 1999 to 2004, and held various positions at the same university dating back to 1989.

“With 15 years of administrative experience,” said Lavitt, “I think that I bring hands-on experience with many of the issues facing NKU.”

During her time at Boise State she has accomplished quite a few feats.  Among those being a 30% increase in university gifts and donations, creating student success offices addressing enrollment and retention, and securing funding and support to launch a new PhD in Public Policy among others.

According to the NKU search criteria, NKU is currently searching for a candidate that provides an emphasis on student success, retention, technology, developing faculty and resources as well as support the existing strategic plan.

According to Lavitt, she brings the “experience and interest in issues that are germane to NKU’s future; strong connections to our communities, and an emphasis on policies and procedures that are student centered.”

“In other words,” said Lavitt, “the next provost needs to build on the campus’s existing strengths in order to achieve tangible goals.”

Goals like the improvement in student success,  retention and graduation rates as well as promoting NKU’s value-added to its metropolitan community, according to Lavitt.

Lavitt also emphasized ensuring faculty has the freedom to make decisions regarding their academic disciplines.

“Faculty understands the direction and emerging fields in their fields,” said Lavitt.  “It is the provost’s job to align cool ideas with institutional goals and desired outcomes.  The best programs are those that have impact that leverage existing talent, and meet needs that were previously left unmet.” 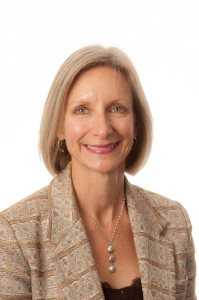 Hardcastle said three things attracted her to the position of provost at NKU.

The first thing that Hardcastle said attracted her to NKU is the fact the NKU is a young organization. Hardcastle said that being a young school means that the institution is “nimble” and “able to easily meet the variety of challenges that are coming towards you.” Not having the years of tradition an older school has makes it easier to meet these challenges, she said.

“You do not have the weight of 250 years of tradition propelling you in one way or the other,” Hardcastle said.

Secondly, Hardcastle said that NKU’s fundamental commitment to the community is important. She could see the community commitment in the projects the faculty engage in, the way the buildings are designed, and the people that come on-campus, she said.

Hardcastle said that the school is also an “extremely well-run institution”, which is another reason that attracted her to apply for the position. Hardcastle said everything she has read from “prowling through the underbelly” of NKU has indicated to her that the school is under good leadership and is well-run. Hardcastle described NKU as “a well-oiled machine.” Since state funding is down, having a well-run institution is key to being successful, she said.

Hardcastle described the role of the provost as someone that would be responsible for implementing the president’s vision, and that she would be primary voice for the faculty. She said the provost is “the main support position for making sure the faculty do their job.”

Hardcastle gave thoughts on the strategic plan, stating that she likes it a lot because it means the community has agreed upon a set of core ideas.

When asked about her leadership style, Hardcastle said she is data-driven, she cares about the details, and she is faculty-oriented. She said she is very responsive because she is quick to answer emails.

“I think people would also say they know where they stand with me,” Hardcastle said.

“The honors program would always get the goodies and those are not the students who needed the goodies,” Hardcastle said. 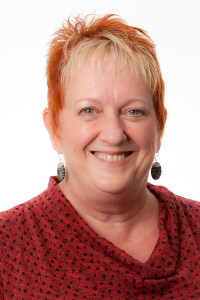 Rowlands, the dean of the college of liberal arts and human services at Virginia Tech, said even though her background is fine arts, she knows administration. She said she is comfortable in understanding and advocating ideas that aren’t in her discipline.

“You would be surprised at the number of provosts that came out of fine arts,” Rowlands said.

Advising is another area that Rowlands said is important to retention. Rowlands said strong advising helps students create pathways to careers. She said that it allows students to “see that everything they do can bring them closer to completion.”

Rowlands said advising also helps nontraditional students deal with “barriers to completion”, such as jobs and family obligations. Some ways that she said the problems can be dealt were online learning and giving credit for life experience.

Rowlands is big fan of students taking on multiple majors and believes it can help with student retention. Rowlands said double majors should be encouraged because “students who are engaged in more than one discipline find a way to weave the work together.”

Rowlands said that 39 percent of the graduates of her college graduated with at least a double major and their average time to graduate is 3.9 years.

Online learning is another subject that Rowland took time to speak on. While Virginia Tech does not offer fully online undergraduate degrees, the school does offer fully online master’s degrees. Students need to have access to learning in a way that makes sense to them, she said.

“I think there is great value in fully online degrees,” Rowlands said.

Rowlands also places importance in international initiatives. Rowlands said that studying abroad shouldn’t be a tourist experience, “but a way to embed oneself in an uncomfortable place.” Rowlands talked about study abroad trips that she has taken to places, such as Morocco and Sri Lanka.

“The single most transformative experience an undergraduate student or probably any individual can have is a study abroad experience,” Rowlands said.

“I do not believe in withholding information. I think that is a power trip,” Rowlands said.

Austin Agho has been working in Health Care education in one way or another since the early 80s.  That time has been spent as everything from a graduate assistant in 84’ up to the Dean of the School of Health and Rehabilitation Sciences at Indiana University – Purdue University at Indianapolis. 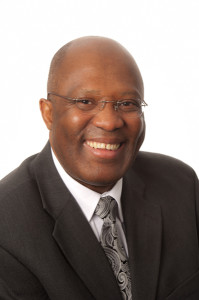 This experience is one of the driving factors in his nomination as one of the finalists for the Vice President of Academic Affairs and Provost here at NKU.

Agho most recently has been serving as Dean of SHRS at IUPUI.  From 2001 to 2008 he served as Dean and Professor of the School of Health Professions and Studies at the University of Michigan-Flint, and for the nine years before that he served as a professor, and eventually director, in the Division of Health Care Management in the School of Allied Health Sciences at Florida A&M University as shown in his curriculum vitae.

NKU has already implemented its strategic plan for the near future, and Agho hopes to fit into the mix with his experience in tow.

“A plan is only as good as the paper you write it on,” said Agho when asked about the current strategic plan implemented at NKU.  “This campus is willing to invest resources where it matters; Health Sciences and Informatics.”

He said that he would like to make sure that path continues.

At his previous university, Agho lead the efforts to develop and implement a five-year strategic plan of its own, consisting of new undergraduate and graduate professional programs, communication improvements, increasing funding, and strengthening the schools commitment to diversity and cultural competency among others.

According to Agho, his five-year plan included student success as an initiative, and he said he was “quite pleased” to see that as part of the strategic plan here at NKU.

According to NKU’s strategic plan, a dedication to NKU’s people and faculty is a large part of NKU’s overall success.  Agho emphasized the same ideals.

“As a school, you are only as good as your faculty,” said Agho.  “Faculty is central to everything that we do.”

He said that Academic Affairs and Student Affairs are important for student success, but ultimately students just want to “come to class, get financial aid and go,” so faculty will be essential in ensuring student success.