The scoop on the poop 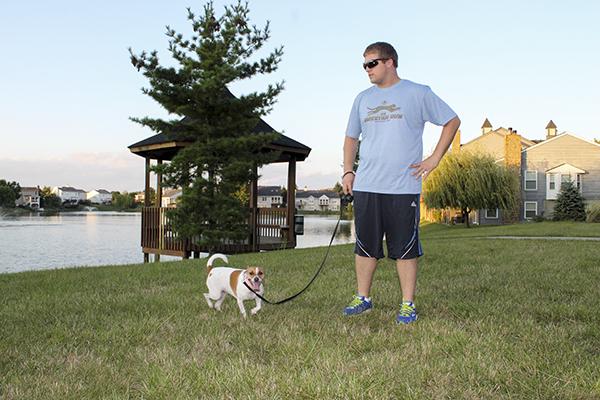 City cracks down on doggie doo-doo

In recent months, the city of Highland Heights has had a really stinky problem: residents not cleaning up after their dogs.

The city has seen a rise in complaints since this summer, and those who don’t clean up after their dogs could potentially face a $100 fine, according to Highland Heights Ordinance 20-90.

Dog poop presents “an inconvenience and health hazard, and detracts from the beauty of public and private property within the city of Highland Heights, Kentucky,” according to the ordinance.

This rule made its first appearances in the city over 23 years ago, when it was approved by the city council on Aug. 23, 1990. Today, it appears to have been forgotten by a number of residents according to Highland Heights City Clerk Jean Rauf, who has addressed a lot of the complaints.

The city posted the policy on the front page of its website on July 20, stressing that it “has received several complaints on the issue.”

“When we receive complaints and the resident knows who it is, we send a letter out to the person,” Rauf said.

Though letters are the city’s choice of first warning, for those not willing to comply, there are worse consequences than city letters and upset neighbors to come their way.

Anyone caught violating the ordinance “shall be subject to fines in the Campbell [County] District Court of [no] less than $50 and no more than $100,” reads the ordinance.

Adam Fritz, a senior psychology major and dog-owner, said this fine should even be higher.

“It’s not necessarily littering, but it can still be picked up,” Fritz said. “With littering, it’s that whole negligent attitude that you’re not picking up after yourself or your animal. I think if they put the fine not as high as littering, but around $150 to $200, people would pay attention to it.”

Though the city has had many complaints about the subject, many local apartment complexes, including Meadowview Apartments and Hampton Farms Apartments, have chosen to deal with the issue internally, according to Brandy Miller, property manager at Meadoview, and Becky Stavropoulos, receptionist at Hampton Farms.

Miller cited Meadowview’s “dog friendly” areas as a big factor in their lack of a problem with the issue.

However, Hampton Farms Apartments does not have a “dog friendly” area and stresses that residents will be fined $25 each time they do not pick up after their animal, according to Stavropoulos.

In the ordinance, if people have permission by the owner of the property, their animal may go to the restroom without their owners having to pick up after it. Though, according to Fritz, cleaning up after your dog is really a big part of dog ownership.