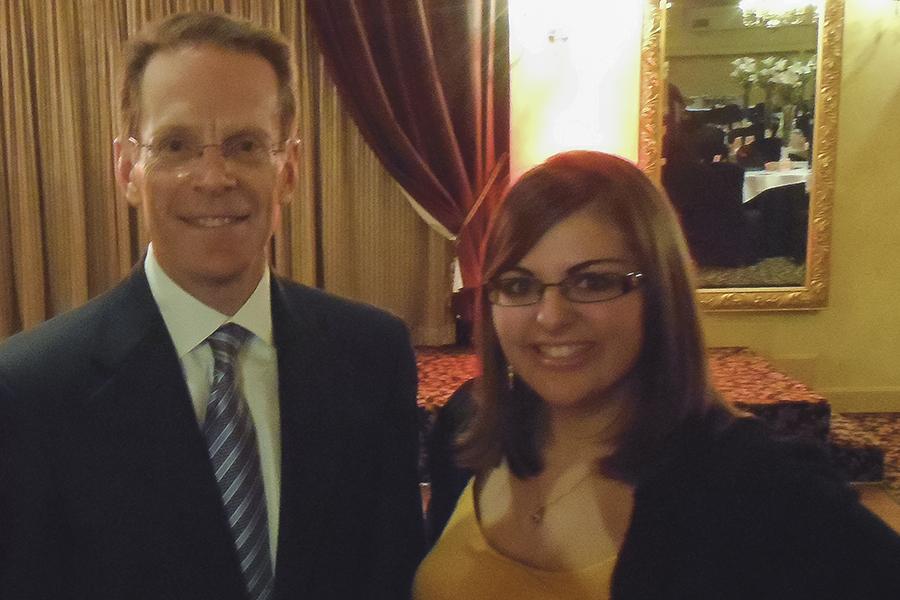 The committee is putting together a five-year plan to lead the university into its 50th anniversary in 2018, wrote President Geoffrey Mearns in a statement on the strategic planning committee’s website.

“This new plan will be our roadmap for developing and implementing strategies, programs, and initiatives,” Mearns wrote. “The plan will articulate a clear, succinct mission and vision of the university, and it will set strategic priorities that will guide our work and our investments.”

Cox said that she was chosen by President Geoffrey Mearns through her involvement with the Student Government Association.

Mearns approached SGA in November of 2012, asking for students who were available for the entire calendar year of 2013 to submit resumes and cover letters for review, according to Cox.

She said there were only a few nominations submitted through SGA, and she was ultimately chosen.

“[President Mearns] wanted someone who wouldn’t graduate until after November 2013, when we present the final plan to the Board of Regents,” Cox said. “He wanted someone who was very involved on campus, so that he could get a lot of student outreach.”

Cox said that she has found the task of representing the entire student body “appropriately challenging.” She also said that she talks to a lot of people.

“I talk to new students all the time, whether it’s in class, or walking to class, or in the Union at lunch,” she said. “I always ask them, ‘What do you love about NKU?’”

Vickie Natale, the executive director of planning and performance, said that Cox was never afraid to express the students’ point of view.

“That has been extremely helpful for us,” Natale said. “Sometimes, some of us [on the committee] might forget that, and she’s been a good representative [for the students].”

Natale said that, in addition to giving the committee a student’s perspective, she made sure that all kinds of students were heard from, ensuring that some of the open forums in the spring semester of 2013 were held specifically with students in mind.

While giving the students’ perspective to the other 12 members of the Strategic Planning Committee, Cox said that she also gained a unique perspective from the standpoint of the university’s administration.

“When you’re a student, you just know what the students have going on, and what’s in the students’ life,” Cox said. “You don’t really understand the administrative side of campus.”

Cox used the problems that most students have with parking as an example.

“Part of the plan to fix [parking] and the reason it hasn’t been fixed currently, is that down the road, we’re going to be creating an exit ramp from [Interstate] 275 straight into NKU.” Cox said that it will help alleviate some of the current traffic problems, “so there’s really no purpose in fixing parking currently, because you’re just going to tear it up later and fix it better down the road.”

For example, Natale said that one thing Cox was very insistent upon is that there was an open forum for night-time students.

“Inclusivity makes me a little concerned, because I don’t feel like all of our students feel included,” Cox said.

According to Cox, inclusiveness is one value that is very important to the committee, and making every student feel included in the university is a big part of the strategic plan.

Both Cox and Natale said that the draft of the strategic plan which will be presented to the university community on Sept. 1 is up for revisions. Similar to last spring, there will be open forums held, and the plan will be able to be revised before being presented to the Board of Regents at the November meeting.