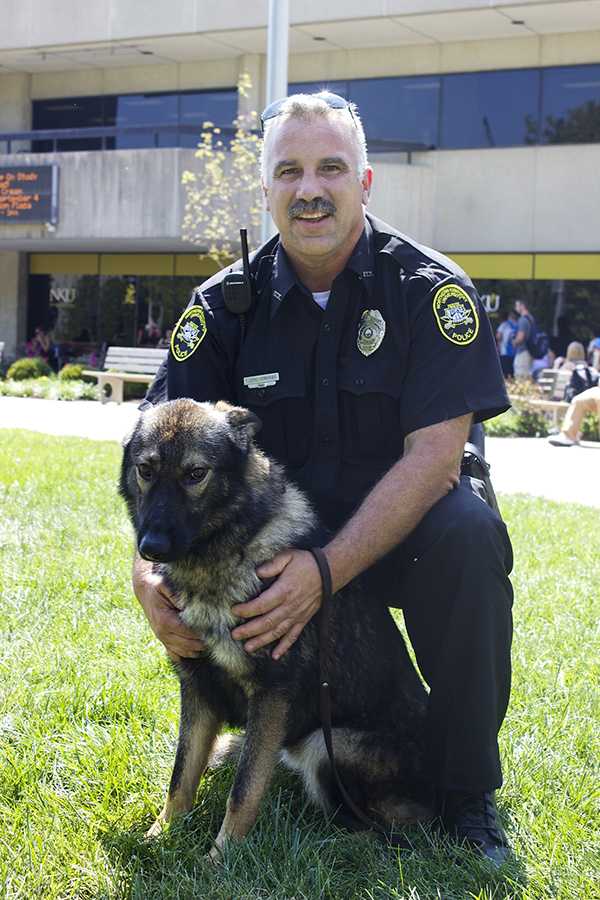 In light of recent attacks, such as the bombing of the Boston Marathon and the shooting at Sandy Hook Elementary School, the NKU Police Department has decided to acquire an explosives-detection canine.

An officer from the department traveled to a specialized kennel in Indiana this month to select the canine, named Arritt. It is estimated that it will take a month to train the German Shepherd.

The funding for this acquisition comes from grants from the United States Department of Homeland Security as well as the law enforcement division of Hamilton County, Ohio. The cost of acquiring and training this canine is estimated to be between $12-13,000, with minimal expected recurring costs, according to Willis.

The dog’s sole purpose will be to patrol campus with its assigned officer. However, students are permitted to approach the dog and interact with it as long as duties aren’t impeded. Willis expects the dog to not interrupt routine campus functions, and states he could even see the canine as a “pet away from home” for students.

Sophomore pre-nursing major Vivien Raper said, “I think that the police department getting an explosives dog is a good idea. I don’t see any bad in it.”

Willis also states that he is open to allowing neighboring police departments to use the canine if needed.

Willis says his department’s number-one goal with this initiative is to keep NKU safe.
“NKU and the Highland Heights area is a safe community,” he said. “We’re always looking for new and innovative ways to keep it that way, and this shows it.”