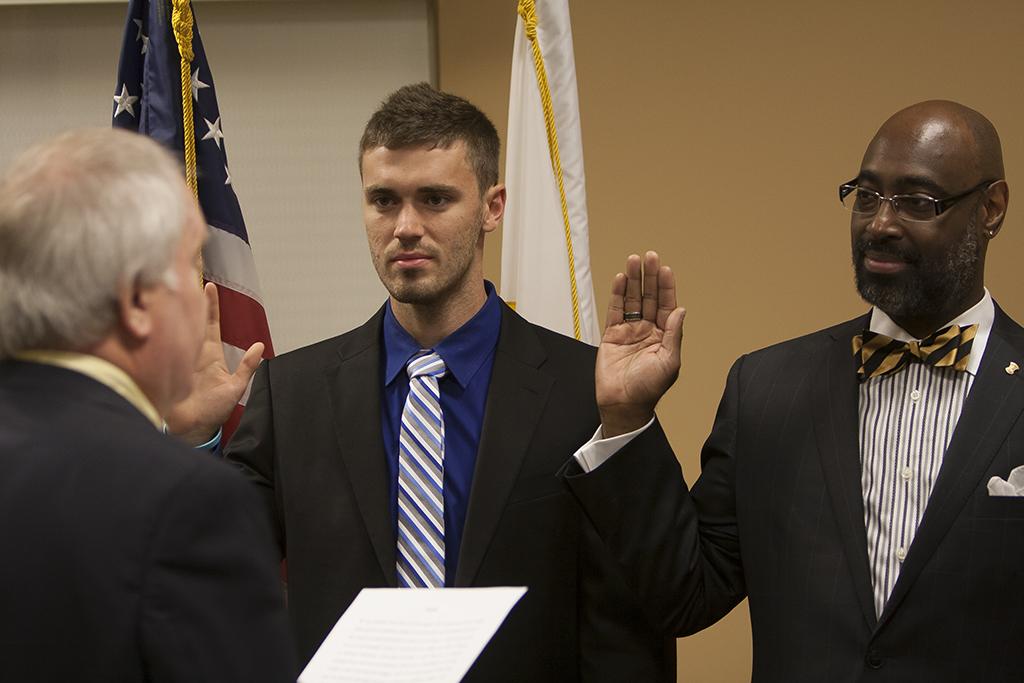 NKU alumni Andrà Ward and Student Government Association President Erik Pederson were sworn in this morning at a Northern Kentucky University Board of Regents meeting.

Ward was selected for the position by Gov. Steve Beshear and replaced former regent Marty Butler, who served on the board for 11 years. A 1986 graduate with a degree in radio, television and film, Ward is currently the President/CEO and Owner of Khafre Ward Corporation.

This will be Pederson’s second year on the Board of Regents, after being re-elected as NKU’s SGA President. Pederson is the second student ever to be elected for SGA President two times and therefore serve as the student regent for two years, according to Board of Regents Chair Dennis Repenning.

Click here for a full listing of the members of the Board of Regents.