Housing rates to increase, students will get more “bang for their buck” 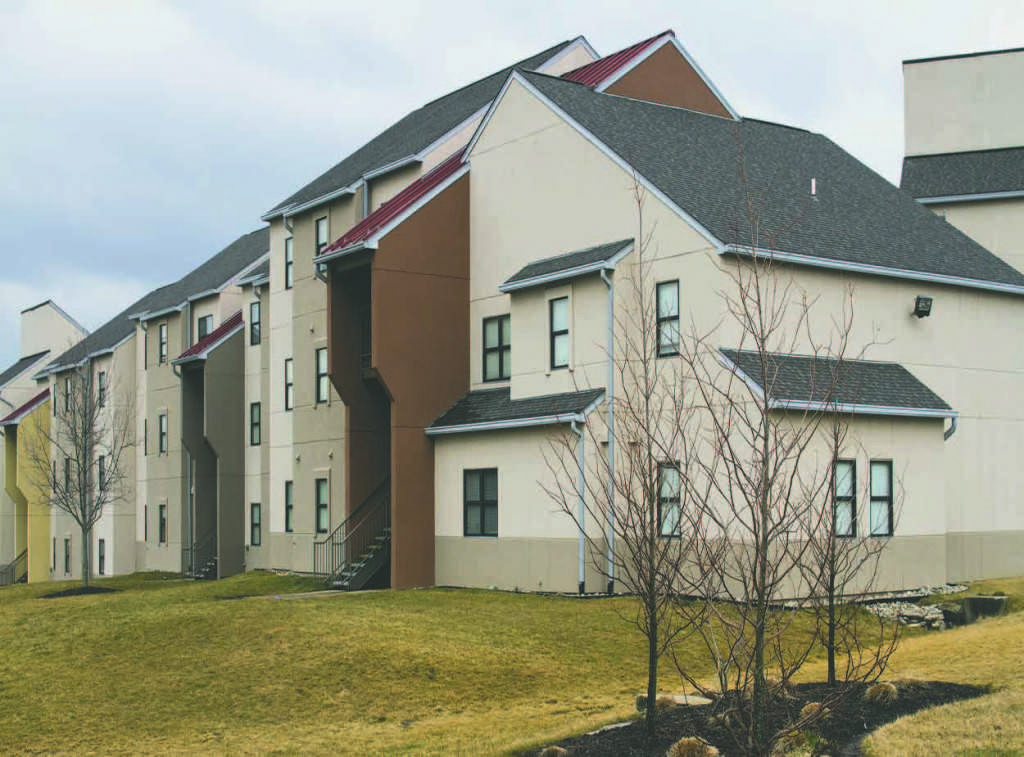 Campus housing rates at NKU are set to increase four percent this fall, pending approval from the Board of Regents.

According to the University Housing office, the rate increases are necessary to help recover from the rising costs of utilities, products, service agreements and other fees that may come up.  However, the increases don’t come without benefit.

“With any rate increase we want to also make sure that we give our residents some tangible things that they can benefit from,” said University Housing Director Arnie Slaughter, “so they can see that there are some new machines coming in, see that we are doing new flooring and painting projects so that they’re not wondering where their dollars are going.”

The rate proposal was presented to the Student Government Association before being sent to the Board of Regents.

SGA President Erik Pederson said housing rate increases are normal from year to year. “It’s never fun to look at prices go up,” said Pederson. “Unfortunately that’s how it is.”

However, he said that students are getting “more bang for their buck than they did last year.  Last year the prices went up but they didn’t get much.”

The increases will fund new and continuing dorm improvement projects, as well as unlimited free laundry use for campus housing residents starting this fall.

“It will allow students the opportunity to not have to load money on their All Cards or use quarters,” said Slaughter, “it will be built into their rates and they can utilize any of our facilities to have free laundry.”

The increases will also help fund new environmentally friendly laundry machines in Norse Commons and the University Suites, as well as various other improvement projects like painting, shower upgrades and floor replacements.

Over the last few years, Norse Hall and Woodcrest Apartments have been updated aggressively, and the increases will help fund more improvements and future updates, according to Slaughter.  The housing office plans to perform walkthroughs of dorms to address immediate problem areas and replace furniture as needed.

“We’ve done a significant project with replacing many of the floors in those areas, painting rooms and also looking at other things that we need to replace furniture-wise,” said Slaughter, “it won’t be a complete overhaul but we’ll be looking at the areas that need the most.”

Callahan Hall has already benefitted from past improvement projects to make it look more like a college dorm than the nursing home that it used to be, and future plans are in the works to continue those upgrades.

“For those that haven’t been there in a while, our facilities team has done an amazing job with making it more NKU and student friendly so it doesn’t have the perception of the nursing home from five years back,” said Slaughter.  “So each year we are adding new elements like the painting of hallways and we’ve added some Greek floors.”

Slaughter emphasized that the residents will be briefed at the beginning of the semester that the laundry service is a perk that they would like to keep going, so students will be asked to “be respectful” of others that may need to use the laundry, and understand that they “need to be environmentally friendly as well to make sure we aren’t abusing the service.”

Besides the laundry services, Slaughter said the increases will help fund projects that are “really making it more aesthetically pleasing to our residents, so they can see where their dollars are going.”

Campus residents had mixed feelings about the increases and benefits.

DeSherion McBroom, a sophomore living in Norse, said the increases are “unappealing because it is already hard for college students to find money with raising tuition,” but he understands that those renovations will help bring more people to NKU and make it more popular.  He said that the free laundry program will help students, and that he looks at the positives.

“It’s a hassle to put money on your All Card to do laundry, and I do laundry two times a month at about 10 dollars,” said McBroom.  “If you take that over the entire time in school, it should balance out.”

Heejin Lee, a junior that lives in Woodcrest, said that her dorm still feels kind of old and that the “rate increase isn’t a bad idea” to help renovate the dorms,  though she said that the laundry program could be a bad idea.

“It depends on who uses the laundry,” said Lee.  “Some people use it a lot, some don’t use it that much.”