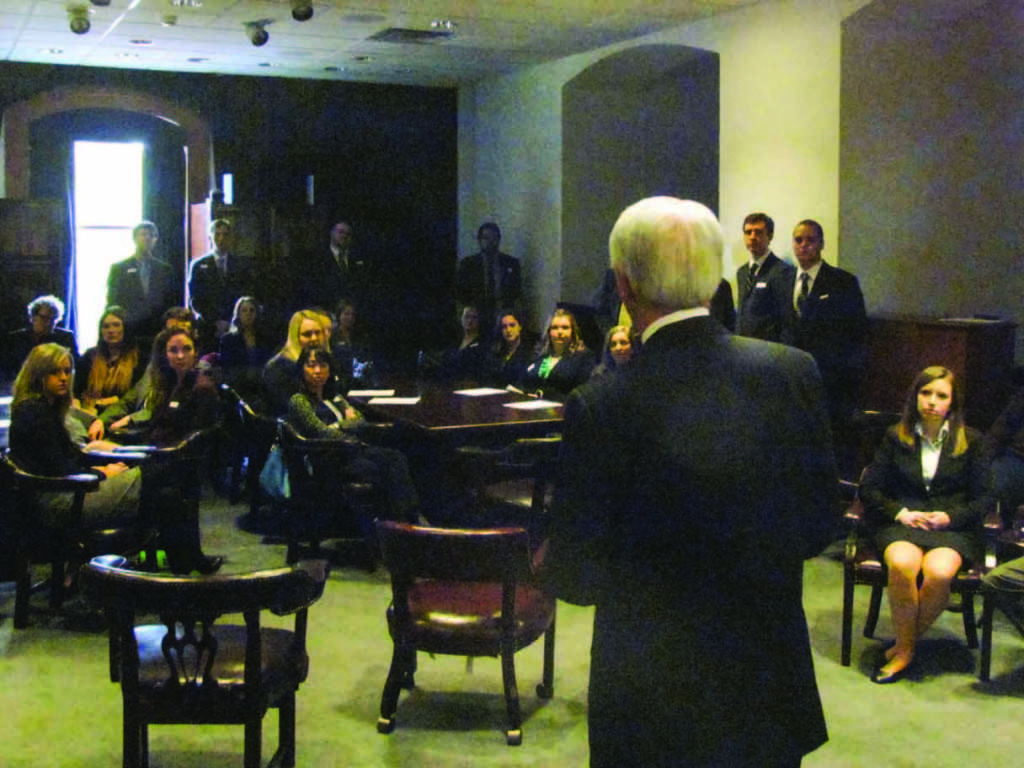 Students from the Salmon P. Chase School of Law took a trip to Frankfort last Wednesday and met with government officials, including Gov. Steve Beshear, Lt. Governor Jerry Abramson, the justices of the Supreme Court of Kentucky, and various members of the legislature, including graduates from Chase.

The resounding message? Get involved, in order to help our system move forward, we need involved citizens.

“We need more people to engage in the system,” said Abramson while talking to the students.

Abramson then asked who all knew who their state representatives and senators were. A few raised their hands, but not many.

That’s about on par, said Abramson. “At least the rooms I’ve been in, 80 percent or better don’t know who’s representing them,” he said. “No one’s holding them accountable.”

When speaking with the supreme court justices, Chief Justice John Minton said, “The only thing that was abnormal about today is that we had people in the audience.”

When a student asked about how they should prepare themselves if they eventually want to be on the state’s highest court one day, Deputy Chief Justice Mary Noble said, “The best answer to everything is to work as hard as you can,” then going on to talk about how important it is to be politically involved.

Students then later met with Julian Carroll, former governor and current state senator, who again preached about the importance of being politically involved.

Students were also told the importance of working together to solve differences.

When speaking to the students, Beshear said that one of the most difficult things about being governor is getting people to work together to get things done.

He called Congress in Washington, D.C., “an embarrassment,” saying that when he was in the state legislature, one of his favorite things is that after the debate, everyone would go out and get dinner together.

Senator Katie Stine, a graduate from Chase, spoke to the students as well, saying, “[When we’re debating,] we have to remember that this is a war of ideas, not a war of personalities.”

Joe, who planned the trip, said that he started planning the event in November, when he contacted the governor’s assistant.

Since January, he said, Joe and the governor’s assistant have been busy, seeing when the governor’s schedule coincided with the Supreme Court’s oral arguments.

This event is a continuation of an event from last year, where students from Chase traveled to Frankfort to watch oral arguments in a supreme court case.

“This is something that we hope NKU students in general will one day be a part of,” said Ebert.