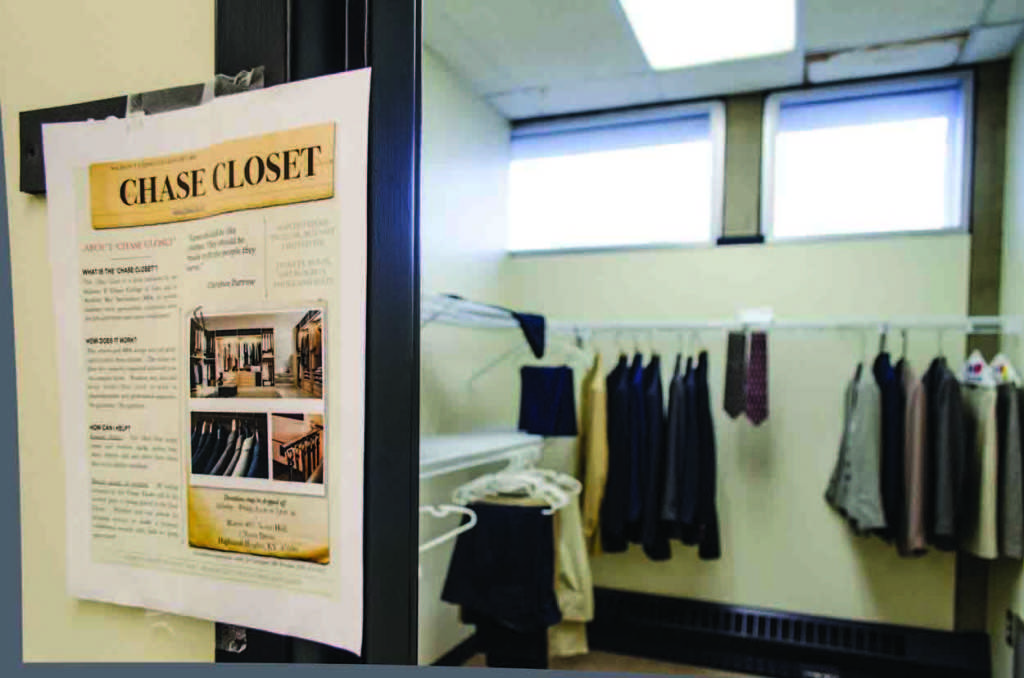 “It’s the best thing that has happened to a law school since the constitution,” Logan Forsythe, chair of Chase Closet Committee, said.

Salmon P. Chase College of Law at Northern Kentucky University is preparing to open its Chase Closet; a program that is meant to help struggling students acquire clothing they may need for work, class or job interviews.

According to a release by U.S. News, in 2012, a legal education can cost more than $150,000 with the average law student amounting $93,359 in debt by graduation.
“The closet is put in place for students, to take a concern of theirs away,” Forsythe said. “A lot of people don’t understand that especially when you get on the collegiate level there is this false ideology, if you will, that everyone is in the same boat and that is not the case.”

Joe Cunningham, president of the Student Bar Association, said that other schools have done this and been successful. The idea for Chase Closet started with a dean and a couple of professors that contacted him to see if the SBA wanted to get involved.

“Courtroom attire is what we are shooting for here,” Cunningham said. “Suits, ties, pants, shoes and belts for men; for women, dress slacks, longer dress skirts, suits and shoes.”
“There are so many people who struggle day to day with everything, let alone school, and in law school in particular there are days that you have to dress as an attorney, where you have to be presentable in every aspect,” Forsythe said. “That reality is not possible for some students because they don’t have the kind of support system that many people have financially or for any kind of situation, they just don’t have those clothes.”

Cunningham said, “Everything is going to be on the honor code, we don’t expect any students to take advantage of the system by any means, but Chase Closet will just be open to law students to come in and take what they need, no questions asked, no sign out or anything, no return policy.”

Forsythe said, “Chase Closet is completely donative in nature so we’ll have different businesses, we’ll have different individuals throughout the community, we’ll hopefully have strong alumni support and strong support from other components on Northern Kentucky University. To where people donate either gently used and in some cases brand new professional attire.”
Donna Spears, a professor at Chase who is helping head up the project, said they have already been contacting some local dry cleaners asking them to get involved. She also said professors have already donated some gently used clothing to the program, and they are still spreading the word that donations are needed.
Cunningham said the plan is to move quickly.

“Our goal right now, is by the beginning of January the spring semester, to have the Closet fully up and operational and available to students,” Cunningham said. “A lot of the 1L (first year students) will start their oral arguments for their legal writing class, which will require courtroom attire. For those who don’t have that, they are more than welcome to utilize the resources of the Chase Closet.”
Forsythe said, “It takes away a huge burden that many law students face and makes it something they don’t have to concern themselves with.”
“I hope the Closet becomes a part of Chase College of Law,” Forsythe said.