Frat raises over $5K in fundraising 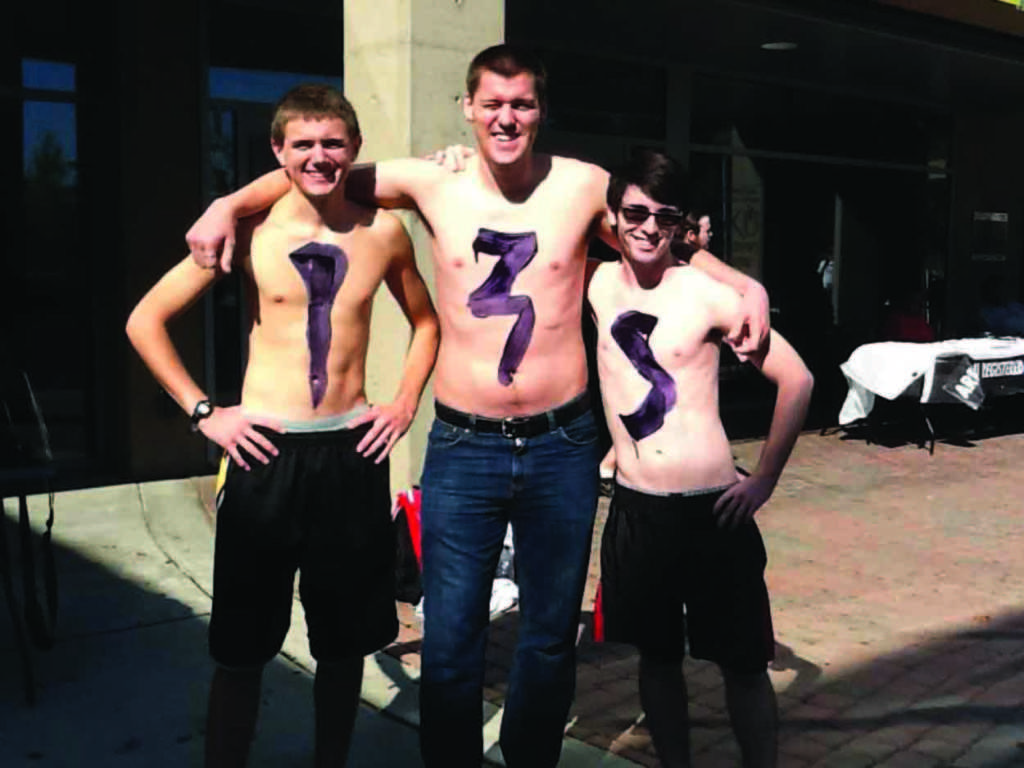 The recent loss of a fraternity brother inspired an idea for Sigma Phi Epsilon, to focus their fall philanthropy event on epilepsy awareness. Epilepsy awareness lasted a full week; SigEp surpassed their goal of raising $3,000 in the first night.

Totaling to over $5,000, SigEp raised more than they ever have toward their philanthropy, said junior nursing major and SigEp president, Billy Enderle.
Ryan Hall, senior electronic media and broadcasting major and community service and philanthropy chair for the fraternity, headed epilepsy awareness week. The bombshell of the week was the date auction on Oct. 1.

“I said we’d be lucky to make $1,000,” Enderle said. “We beat that within the first ten guys which was exciting.”
The date auction featured about 30 members of SigEp who were auctioned off based on the credentials they had set for a date to take one woman on.
“We didn’t know how well it would work, we were just kind of testing the waters,” Enderle said. “It was surreal. It took a lot of stress off of the remainder of the week,” he said.
Hall explained the date auction brought him to tears. “Eric Schuler and I were emceeing the event and I stepped off stage to check the tally of how much we had raised so far, someone stopped me and said, ‘Ryan, we have raised $1,500,’ I teared up and had to get back on stage after that,” he said.

Enderle said this event was a real “morale booster” with Chaz Edwards and Holdan Markland being names to mention in terms of bids received. Edwards went up on stage last but he was not least, receiving the highest bid of the night at $370.

“I was in shock the bid ending up being that much,” Edwards said. “I didn’t know what to expect at first, I went in flying blind.”
Edwards was bought by the women of Phi Sigma Sigma as a chapter. Edwards admitted that unlike the majority of the guys who had planned dates like picnics and taking a woman out to the dinner of her choice, he didn’t have much of a plan going up on stage. His finale on stage was removing his shirt.

Other events throughout the week included a Dine to Donate at Applebee’s Sept. 30-Oct. 7, two-week long penny wars, a dodgeball tournament with Theta Phi Alpha, the opportunity to paint a SigEp purple and a vigil. The vigil was held on the Griffin Hall lawn and was held mostly for those who knew Evan Draper, but all those who are affected by epilepsy in some form were invited.
Cathy Schragg with the Epilepsy Foundation of Greater Cincinnati played an imperative role throughout epilepsy awareness week, Hall expressed. He said she was very supportive, providing the fraternity with resources to help with fundraising, including purple bracelets that read, “seize hope.”

According to the foundation, “Epilepsy is a medical condition that produces seizures affecting a variety of mental and physical functions. When a person has two or more unprovoked seizures, they are considered to have epilepsy.”

Draper had been coping with his condition since mid-high school, Hall said.
The NKU chapter of Sig Ep hopes to adopt this as their philanthropy for the fall each year. “The reaction we have gotten from brothers and parents has been phenomenal,” Hall said. “It clenches people’s hearts because of how close to home it hit, there’s that personal touch. It might be better to invest in a philanthropy that we all have experience with.”
Although YouthAIDS is the national philanthropy for SigEp, Enderle mentioned the idea of presenting epilepsy to nationals in the future. “It’d be cool if we were the pioneers for the national philanthropy,” he said.