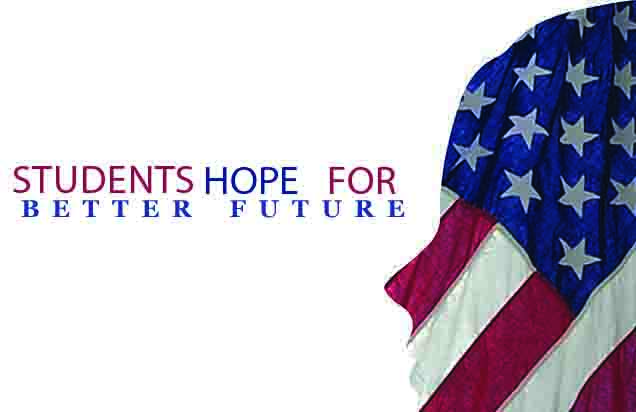 Filling out forms and applications is a part of college life. Financial aid forms, meal plan and housing applications and scholarship applications are commonplace at colleges and universities across the United States. Students expect to fill out something to get what they need or want while in college.

But there are some students who have one more form to fill out this year and it may be the most important form in their lives. Hispanic and Latino students who are living in the U.S. without appropriate green card or Visa documents have an opportunity to improve their chance of staying in the U.S. and attending college, by filling out a deferred action application.

The application is a request to the U.S. Department of Homeland Security for a deferment on active or future deportation of a person of Hispanic origin under the age of 31, who was not born in the U.S. and does not have legal status but lives here, to apply for deferred status that would suspend deportation for two years.

The deferred action policy change will also allow undocumented immigrants to get a driver’s license. But the U.S. Citizen and Immigration Services’ website said the change will not provide an individual with lawful status.

According to the 2010 U.S. Census there are about 1.45 million people between the ages of 20-29 of Hispanic origin attending college in the U.S. There are no real numbers on how many of those students are undocumented, but www.CollegeBoard.com estimates there are 65,000 students nationwide attending college without legal immigration status.

Northern Kentucky University has undocumented students in its ranks and currently treats them, for the most part, like all other students. However, undocumented students do pay out-of-state tuition whether they live in Kentucky or not, they are not eligible for financial aid and usually live off campus.
There are no federal or state laws against admitting undocumented immigrants to college.

Leo Calderon, director of Latino Student Affairs at NKU, says advising undocumented students on a career path is problematic.
“They cannot get degrees in areas where background checks are mandatory,” Calderon said. “Criminal justice and teaching degrees are not possible.”
One undocumented student at NKU said she wants to be a biologist and hopes that the current deferred action policy will set the stage for passage of the DREAM Act. To avoid complications in her current application for deferred status, the Northerner is not disclosing the name of the student.

The DREAM (Development, Relief and Education for Alien Minors) Act, would authorize the Department of Homeland Security to waive grounds of inadmissibility for humanitarian, family unity or public interest purposes to anyone under the age of 31 who has lived in the U.S. continually for five years as an undocumented immigrant. The act would also allow undocumented immigrants to apply for conditional permanent residence after passing a background check and a physical examination.

Calderon said the current deferred action policy would help some students at NKU.

“A lot of families come in looking for help,” Calderon said. “There are some outside agencies that provide support through scholarships for tuition and costs, but this policy would also help families continue working.”

Another student, a sophomore majoring in sociology, said if she can get a driver’s license or some form of legal identification she would be able to work and help her parents pay her tuition.
There is also a fee for the deferred action application of about $450. The student said she has already filed her application and is waiting to hear the decision. There is no estimated wait time because the process started late in June 2012.

Marilyn Zayas Davis, an immigration attorney in Ohio, said the deferred action policy is only a Band-Aid and not a solution.

“The deferred action policy is temporary protection from deportation,” Davis said. “Many people think there is a clear path to naturalization but anything like that ended in the 1970s.”
According to the U.S. Citizens and Immigration Department (USCIS), an application for naturalization begins with a person having a green card status for at least five years or being married to someone who is a citizen of the U.S. USCIS also provides a list of qualifications on its website of how to obtain a green card, but none of those qualifications apply to undocumented immigrants.
Davis says that it can take up to 30 years for undocumented immigrants to be naturalized based on the current policies.

A few undocumented students at NKU hope that things will change; both students said they just want a chance at a better life.

The DREAM Act, House Bill H.R. 1842 and Senate Bill 952, is currently waiting for congressional action. It was introduced to Congress in 2009 and reintroduced in 2011. With passage, the act would provide a two-year grace period on possible deportation of some undocumented immigrants living in the U.S.