Programs to improve readiness in place 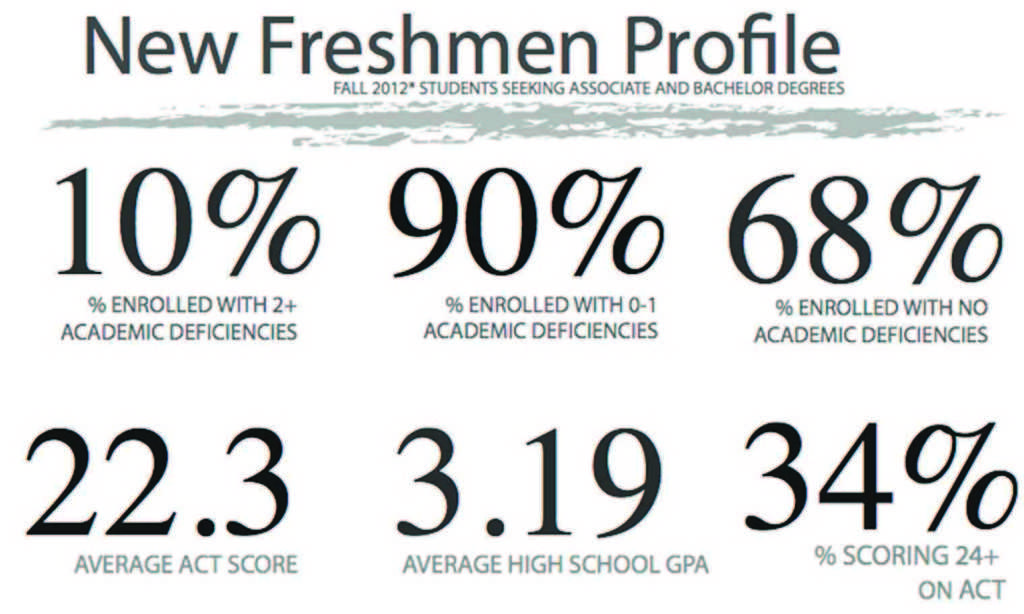 While about two-thirds of Northern Kentucky University’s freshmen come to college academically prepared, the school puts programs in place to assist the remaining students in catching up with their peers, a university administrator said.

“If students are persistent, if they are attentive in class and can accept feedback from professors, they can succeed,” said Gail Wells, NKU’s provost.
When students don’t have the basic requirements or test scores in subjects such as math, reading and English, they are subject to non-credit courses which add to the cost of education for both students and NKU.

“The university wants to make sure our students are prepared to succeed and don’t incur debt,” Wells said.
For this year’s freshmen at NKU, 68 percent have no subject deficiencies, 22 percent have only one deficiency and 10 percent have two or more deficiencies, according to statistics provided by NKU’s Office of Academic Affairs.

“I hope students will know they can come and have their issues answered in that building [Student Success Center],” Wells said.
Students who came up short in an area during entrance examinations have the option to take a placement test to avoid remedial course work. Those tests give students who performed below their abilities a chance to show there isn’t a deficiency, Wells said.

Paul Orscheln, NKU’s associate vice president of enrollment management, said once a student with a deficiency is accepted at the university, controls are in place to assist the student. Students grades are monitored early in the semester and they may not be allowed to pursue bachelor degree programs until they correct the issues.
When NKU raised its admission requirements in 2005, it made college preparation even more important for potential students, Orscheln said.

“It slows down the class,” Barber said. “It makes teachers slow down, and sometimes they can’t get everything done because of it.”
Wells, who previously taught math and computer science classes at NKU, said student preparedness can impact the classroom.
“It’s challenging to teach to varying readiness levels in your class,” Wells said.

In recent years, colleges and universities nationwide worked with primary-level educators to align curriculums at high school levels with those needed for success in college.

Taylor Hirth, a junior sports business major, said having students prepared for the college experience is important for everybody at NKU.
“It helps from a standpoint of graduating earlier and setting a good tone for your time in school,” Hirth said.