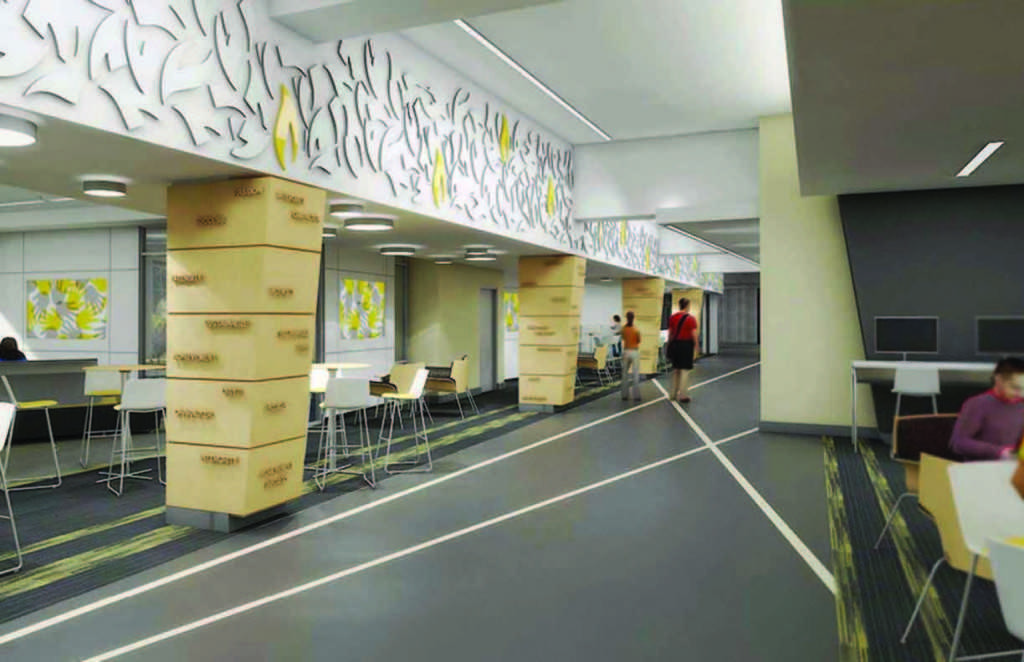 In fall 2010, the Foundations of Excellence Student Satisfaction Survey asked students the degree to which they understood where to go for help with academic questions.
Vice Provost Pat Moynahan said that before this survey he would have thought advising standards at NKU were satisfactory. The findings allowed him, among other colleagues, to address a need for proactive advising.

“Proactive advising means we reach out to you, you don’t have to come to us,” Moynahan said.

Proactive advising is part of the larger whole which will become the Student Success Center, currently being constructed in University Center.
“The Foundations of Excellence Dimension committees recommended in spring 2011 a centralized physical location for enrollment management departments that deal directly with the needs of first-year students,” said Moynahan.

“A lot of students were telling us they were having difficulty navigating and feeling like they got the run-around with being sent to different offices,” Moynahan said. “The Success Center is a way to put all of those offices in a central and visible location.”

“We want to ease the path for students,” Moynahan said. “I’ve become a real believer in the proactive advising for a couple of reasons: students need to take their own responsibility except these days, students aren’t prepared to stand on their own two feet.”

The center will be focused mainly on first-year students, but will also be a tool for students who decide to change their major. The Student Success Center will be paired with the Career Development Center so that students will have help with major changes.
“The idea is to hit off as many mishaps as we can that occur,” Moynahan said.

Kris Hecktor, a senior business management major, was declared ineligible for his senior season of baseball due to not meeting certain academic requirements. Hecktor attended Marshall University prior to attending NKU, where he played two seasons of baseball. He played his junior season as a Norse.
“Two and a half weeks before school started I heard through the grapevine that I wasn’t eligible,” Hecktor said.

He had been in contact with two advisers throughout the summer to ensure his spot on the team for his senior season. He lost a few credits when transferring to NKU, which made it difficult to understand whether his GPA and credits allowed him to be eligible.

Hecktor changed his major to integrated studies in order to remain eligible for baseball, a suggestion that was made by his adviser, he said. According to Hecktor, losing his eligibility came as a shock because he was under the impression that he had straightened everything out.

The fact remained that he didn’t meet requirements to gain his eligibility.

“As a transfer student I wasn’t aware of how the advising system worked,” Hecktor said. He explained at Marshall University his adviser played a much more active role in the planning of his schedule.

Although Moynahan believes students should be able to take initiative on their own, he also recognizes that advisers should be resources who can provide correct information.
Vicki Berling, Norse Advising Center interim director and Educational Outreach executive director, said she is energized by the enthusiasm surrounding the project. “One thing that excites me is the opportunity for different areas of the university to work more collaboratively together. Having so many offices that support student success in one location will help strengthen communication and interaction among departments,” she said.

The Student Success Center will be located on the second floor of the University Center.