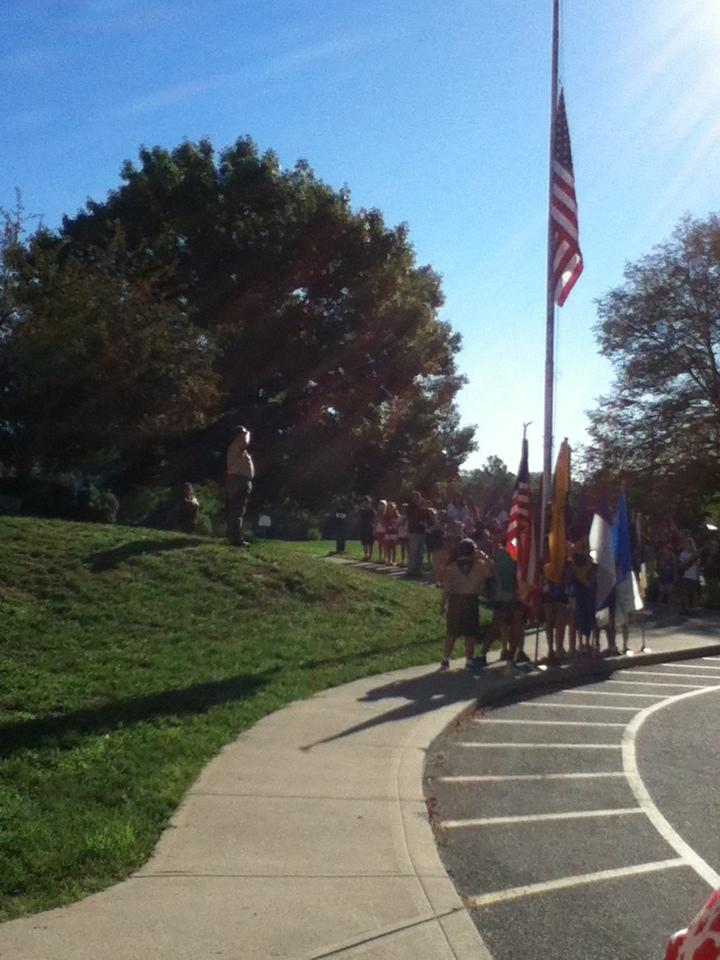 As flags were flown at half mast to honor Patriot’s Day, a tri-state elementary school turned to its younger students to help remember a day that changed the United States forever.

Dressed in their troop uniforms, the color guard of the school district’s scout troops presented both the national and local flags during the event.

Jason Hussel, principal at Fairfield South Elementary, encouraged the students to put their best foot forward and get involved. “Boys and girls, everyone can make a difference in this community. We can all be heroes. Most importantly, we want to pay tribute to those who act in heroism every day.”

In attendance was Fire Captain Greg Cifuentes of Fairfield Fire Department District 33. He said that this anniversary of Sept. 11 was different from previous years.

Similar memorials were held around the area Tuesday. In Newport, Ky., the Northern Kentucky Firefighter’s Association held a service to remember the 9/11 victims. Members of local fire departments placed a wreath in front of the 9/11 memorial located near the World Peace Bell in Newport.

Tim Williams of Burlington said that it is the least this community can do for its firefighters and officers. “They risk their lives every day for us. I don’t think a lot of people consider that as much as they should.”

Eleven years ago, this country stood speechless as thousands of lives were lost at the World Trade Centers, The Pentagon, and Flight 93. “Most Americans refer to this day as 9/11. On this day, our nation was transformed from a nation at peace to a country at war,” Hussel said.