Campus works together to help after tornadoes 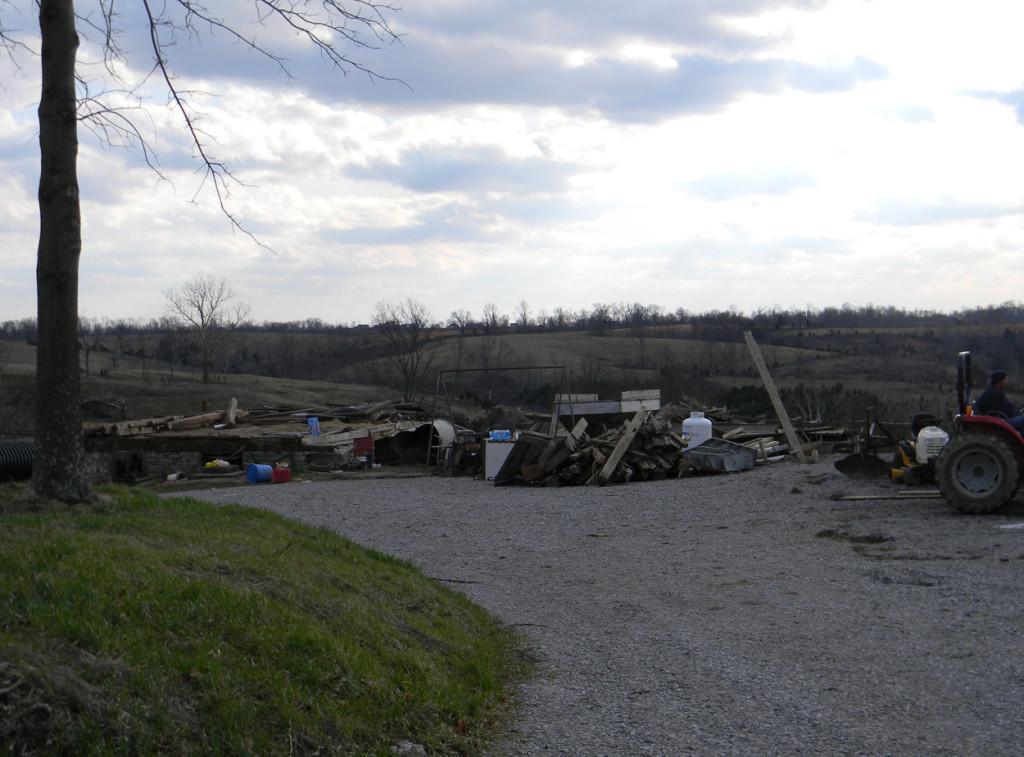 Northern Kentucky University will give the campus community the opportunity to help the victims of the March 2 tornadoes throughout the semester.
NKU’s Student Government Association, the Scripps Howard Center for Civic Engagement and the Office of Student Life have come up with many opportunities for students and the surrounding community to help those affected by tornadoes that rocked the tri-state over spring break.

“We as a campus want to respond in the most powerful way,” said Collette Thompson, Scripps Howard Center coordinator.
One of those responses is a special section of the Mayerson Student Philanthropy Project.

The project will put 25 students together on three different Mondays to discuss current conditions of the affected areas. They will look at the different nonprofits addressing community needs and will determine which organizations will benefit from $1,000 or more for tornado relief efforts.

“The focus is on assessing and helping the needs of the individuals that were affected by the tornadoes,” said Jeff Fox, a faculty member guiding involved students.
Norse car magnets are being sold for $5. The funds raised from the magnet sales will go to the project’s tornado relief fund. Magnets can be purchased through the Scripps Howard Center.
Students are also encouraged to donate personal hygiene and cleaning products by depositing the items in labeled barrels across campus. Students, staff and faculty may also donate goods and money at SGA tables in the Student Union. During an April 14 volunteer fair, students will go to areas affected by the tornadoes and help in cleanup efforts.
Help is also being extended to members of the NKU community affected by the storms.

“We have identified about eight students who were affected by the tornadoes,” said associate to the Dean of Students Steve Meier, “and I have followed up with them to find out if they need any assistance such as book replacement and contacting their instructors in case they need to be out and miss class.”
Freshman Jake Bertram said he and his family lost their home in California, Ky. after a tornado roared through and left nothing but wreckage.
“It was a ranch-style house so it took everything.” Bertram said. “There were only two walls left.”
His family managed to salvage only a few items such as clothes, guns and pictures.

Bertram later met with Meier, who counseled him and gave him gift cards to the campus bookstore so that he could replace his schoolbooks.
“NKU helped out a lot with all the books because those are pretty expensive,” Bertram said, “and my professors helped a lot just by saying I could miss a few days and that they will get me back on track.”

SGA is open to the idea of having students suggest more ways to aid those affected by the tornadoes.
“If students want to rally together and they have their own idea of what they want to do to help, we are definitely encouraging them and would love to hear about it,” said Alexandra Hedges, an organizational leadership and Spanish language major who serves as the SGA Secretary of Student Involvement.
Students can submit their ideas by email to the SGA or by attending SGA open sessions at 3:30 p.m. on Mondays, Hedges said.
More information on helping those affected by the March 2 tornadoes can be found on the NKU website.
“All contributions matter,” Thompson said.