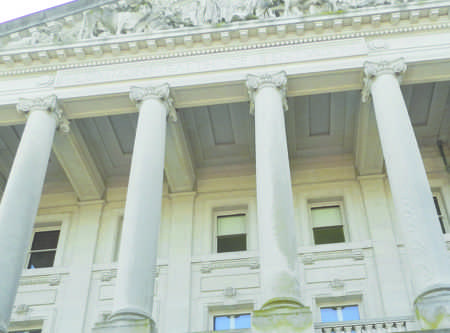 The proposed 6.4 percent budget cut that could affect all of Northern Kentucky University’s state funds recently passed in the Kentucky House of Representatives. Although unofficial until the Senate passes the proposal, the cut would halt NKU’s plan for a new Campus Recreation Center, as well as stifle other projects and hike tuition prices.
Now that the House of Representatives has passed their proposed budget, the Senate will be required to propose changes of their own, if they have any. If the proposal is altered in any way, then it will enter into a free conference committee which will include leadership from both the House and the Senate, who will then collaborate on the final budget.
Agency bonds for universities, which include authorization for projects such as NKU’s recreation center, have been removed from the proposed budget.

This decision would negatively affect many departments on campus, including the new recreation center, until the next state budget proposal, which will not be until two years from now, unless a compromise or alternate proposal is reached.

The new Campus Recreational Center project seeks to improve the current facility so that it may accommodate the now larger student body. The center was originally intended to facilitate around 5,000 people, and the NKU student population currently rounds out at about 14,000.

“We aren’t a small town college anymore,” senior business major Gina Young said. “We keep growing and we need more room, so it makes sense that our campus should grow, too.”
“The House feels as though that the agency bonds would affect our state’s credit rating because they would add additional debt,” NKU Student Government Association’s President Dustin Robinson said. “The rec center is student funded and run like the other auxiliary services on campus, so all we need is the authorization, it’s kind of a red tape issue.”
The proposed budget also includes the 6.4 percent funding cut to institutions of higher learning throughout the state.

Members of SGA visited House and Senate leaders in Frankfort over spring break in an active attempt to reintroduce the agency bonds into the budget, so that the Campus Recreation Center project can move forward.

Robinson said he did not hear or see any indication that any of the senators currently advocate for or against the agency bonds, but many of them, like Sen. Jack Westwood, were very intent on listening to student concerns.

“We are still optimistic that we will somehow work this thing out,” Robinson said. “I hope that the general assembly will recognize that our students have invested into NKU’s future, and will allow us to make good on that investment.”