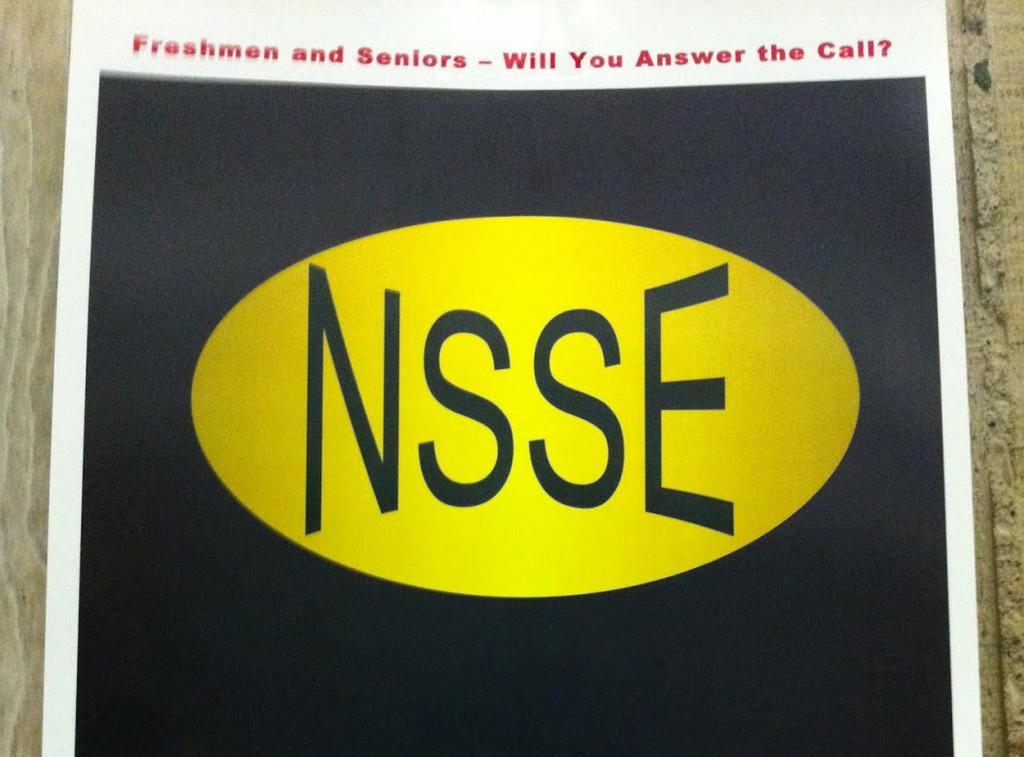 This year, just like every other, an email is showing up in students’ inboxes about the National Survey of Student Engagement.

The National Survey of Student Engagement (NSSE) is a national survey for improving the undergraduate education system. The NSSE asks incoming freshmen and graduating seniors about their experiences during their first and final years in the universities.

Northern Kentucky University uses this data to investigate the level of student engagement for the freshmen and senior classes. NKU has participated in this national survey since 2001 as part of the Kentucky System Consortium which consists of eight public universities in Kentucky.

This year, the National Survey of Student Engagement is given during the spring semester.

“Students get emails to respond to the NSSE, this email is sent throughout the spring semester,” said Shawn Rainey, associate director of assessment at NKU.

According to Rainey, the first email was sent on Feb. 8, and that two more emails that will encourage students to participate are planned to be sent on March 14 and 22. “The last email will be sent by the end of April right before finals week,” Rainey said. “After we get the results, we can look at the data and then do a focus group, if we want to be more detailed.”

“It looks interesting, but I haven’t heard about it before,” senior political science major Bridget Bratton said while looking at NKU’s National Survey of Student Engagement website.
“To encourage students to reply to the survey, we put posters up in buildings across campus, because we were afraid that if we just sent out emails they would have been deleted automatically,” Rainey said.

Bratton and Seulgi Lee, a freshman pre-nursing major, both said they agree with the aim of NSSE, and they think the survey would be useful for the school when they’re trying to supervise students.
“NKU could use this data more actively to help students get a job and have a better campus life,” Bratton said. “As a senior my perception is that I’m getting a useful education, but it’s hard to say how that will actually translate into getting a job because the job market is so unstable. I definitely think that using this survey can help NKU prepare its students for the future.”
“NSSE is such a wonderful tool to improve the academic condition of the university,” Lee said. “Personally, I always wanted to have some kind of mechanism which lets me communicate with the school as to what has to be changed or what is needed to offer a better condition for students … This program will be doing students good if they give us some kind of feedback via email or bulletin board about how they will reflect students’ opinions on their new year budget or policy.”