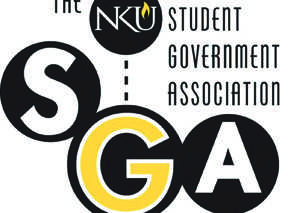 Student Rights Committee Chair Mike Adkins presented the request to the student senate at the organizations’ Feb. 13 meeting. In the resolution, Adkins outlined the three specific parts — gender-blind roommate selection, possession of alcohol if over 21 and the ability to customize rooms.

The change is necessary, according to the resolution and Adkins, is because “upperclassmen attain knowledge and skills necessary for independent living through their experiences in residential living, academics and Campus Life.”

With gender-blind roommate selection, students may room with students of the opposite sex. According to the National Genderblind Campaign, in 2010, 54 universities implemented gender blind housing. Adkins said research has shown “no increase in incidences of sexual harassment/assault or cohabitation” as a result of gender blind housing.

In addition to gender blind housing, the resolution requests that students over 21 and in upper division housing be able to possess alcohol on campus.

In the resolution, Adkins accounted for the possibility of questions about an increase in alcohol offenses and the need for more police patrol. “University Housing currently has policies in place to handle the distribution of alcohol to minors and cohabitation, negating the need for additional policies to handle abuses of these privileges.”

In surrounding “wet” campuses, there has not been an increase in incidences of alcohol-related crimes or accidents, according to the resolution.

The resolution also asks the university to consider allowing upper division students to customize their rooms, “beyond the generally accepted standards.” This could include painting the walls, hanging shelves and using thumb tacks.

To protect rooms that could be damaged, the resolution suggests a down-payment and a contract, similar to the process for renting an apartment. Students would be required to return the rooms to their original condition before moving out.

Finally, the resolution proposes the implementation of an “upper division” learning community in Woodcrest Apartments and Norse Hall, which “would allow for University Housing staff to monitor the success of this program and make changes where necessary.”

SGA will vote on the upper division housing resolution at their next meeting, all of which are open to the public, at 3:30 p.m. on Feb. 20 in Student Union room 104.