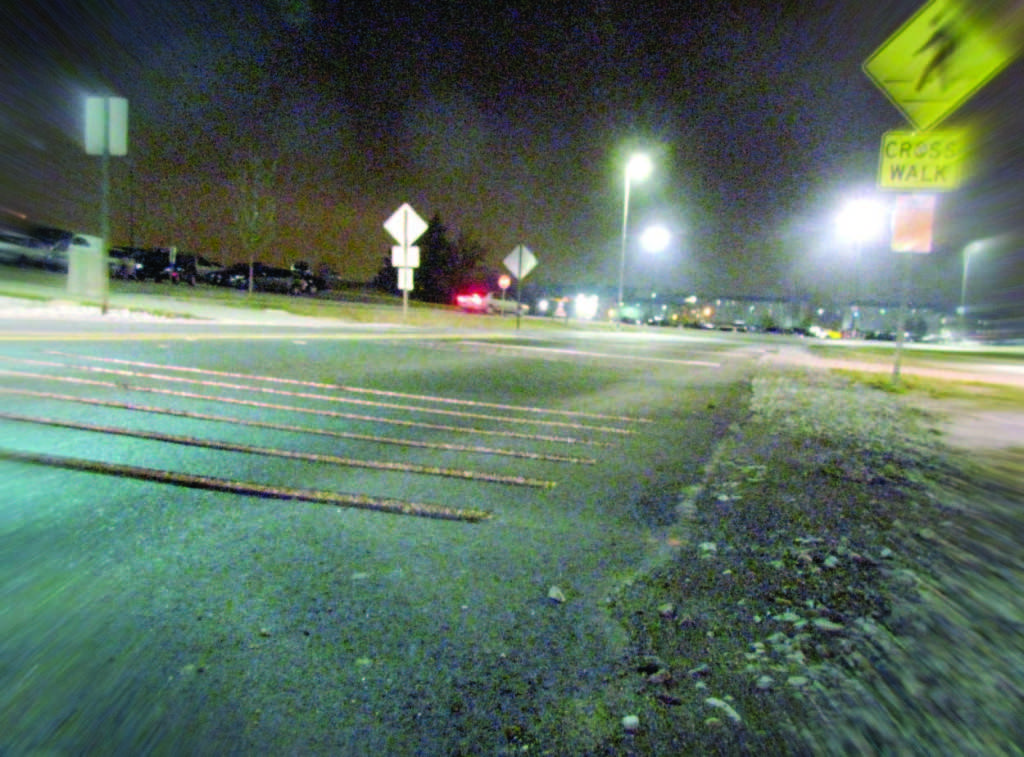 Students may have noticed some new noises echoing across campus as they drive into campus or await their turn to cross the street.
The recently added rumble strips at crosswalks are the campus’ newest additions to increase security for students. According to Jeff Baker, interim director of operations and maintenance, the strips went in for two reasons — to encourage drivers to slow down and for the sound effect to alert pedestrians about oncoming cars.
The rumble strips are the grooves in the concrete in front of and behind the main crosswalks; they are around about 11 of the campus’ main crosswalks. Some places, such as behind the Math, Education and Psychology building near the early childhood center, were specifically requested to for the safety of children, according to Baker.
Baker said the biggest reason for the new additions is for pedestrian safety. “The biggest thing for us is to educate the students: it doesn’t matter what’s there–they need to look.”
“I think pedestrians always assume that someone is going to see them and that it’s safe to cross … you can’t assume, you always have to make sure that driver has eye contact with you before you cross the street,” he said.
Psychology major Rick Rothweiler agreed with Baker. He said the rumble strips are useful because of the noise to warn pedestrians.
“Pedestrians are on autopilot,” Rothweiler said about students being distracted by cell phones and iPods when crossing the street.
The strips were a “spur of the moment” addition to campus and inexpensive, Baker said. They were less expensive than adding more raised crosswalks, which was the university’s other option to increase pedestrian and driver awareness.
Some students, like Cody Reinhard, a senior integrative studies major, are worried about what the strips could do to their cars.
“I’m concerned because it might be bad for my tires,” Reinhard said. He also said although the noise emitted from driving over the strips might be effective, “it’s annoying.”
The university has been discussing ways to increase traffic security, and the rumble strips are one of many additions in place for the future.
Operations and maintenance is planning to add reflective, in-street pedestrian crosswalk signs so drivers can better see them at night. The signs are about 47” high and will be planted in the middle of a crosswalk.
The department also plans to add more speed limit signs as another way to increase security for both drivers and pedestrians.