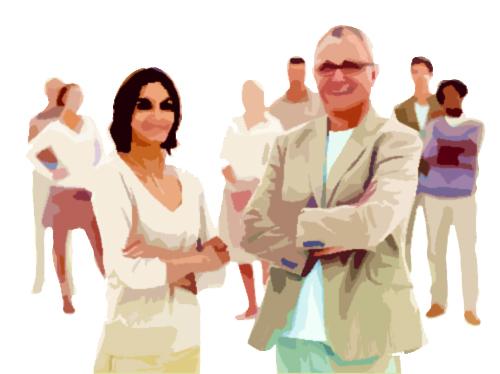 Northern Kentucky University is keeping with the national trend by lowering the number of faculty across the board. The numbers, according to Institutional Research at NKU, show that part-time and full-time professor positions are being cut yearly.

Currently, there are 950 total instructional faculty employed by NKU. Compare that number to 2007, when NKU boasted 1,099 instructor positions.
In comparison with the national trend, NKU has reversed the number of full-time and part-time numbers. In 2007 there were more part-time faculty working at the university, and today, full-time faculty take the cake with the highest number.

The Office of the Provost and Academic Affairs was unable to provide information about why the faculty employment numbers have been on a steady decline.
Communication professor Jacqueline McNally said the decreases were made because of financial reasons, but she did not know if that was the only reason.
Although full-time faculty numbers stay in the same ranges, the number of tenure track faculty is in danger.

Dictionary.com differentiates between “professor” and “associate professor” based on the academic degree a teacher holds in a university. A professor holds the highest rank, while an associate professor and the remaining titles have lower degrees in their fields. Many times, professors are tenured.
McNally is worried about the decrease in tenured faculty because of the benefits that title brings to the university. Tenured faculty must have the terminal degree, such as a master’s or Ph.D. “It is better to have people who are tenure-track positions that are teaching, especially upper level classes, because they are more vested,” she said.
The NKU faculty handbook describes tenured faculty as “effective as a teacher, in scholarly and creative activity, and in institutional and public service.”
“They are more current in terms of research and pop culture and current trends and scholars and theory and kind of all of those things,” McNally said.
The Chronicle of Higher Education reported in 2010 that the trend of less tenured faculty and more full-time faculty was gaining speed across the country. According to the report, “the proportion of college instructors who are tenured or on the tenure track plummeted: from 57 percent in 1975 to 31 percent in 2007.”
The number of tenured faculty in most colleges at NKU has varied very little over the past five years. The college of education of human services now holds 28 tenured positions, as compared to 21 in 2007.

Across the campus, the Haile/US Bank College of Business has moved from 20 tenured faculty in 2007 to 36 in 2011. Comparatively, the college of informatics has held a steady average of 43 tenured faculty.

The colleges continue to fill open positions yearly, but not all are tenure-track, and not all make it to the full tenure title after the six year probationary period. Across the board, the number of available tenure-track positions decreases yearly. In the college of health professions, there are 17 tenured faculty and 18 currently on the tenure track.

The number of open positions can vary from year to year based on faculty turnover or people choosing to leave the university, according to Tracy Brate, assistant to the dean of college of health professions.

The non-tenure track faculty have a different outlook on the situation, where they are not seeing a change in numbers.
Sam Lapin, a full-time faculty member on the non-tenure track in the communication department, said he has not noticed a change in the breadth of faculty in the department, but feels very lucky to have his job at NKU. In his current position, Lapin cannot and will not receive tenure. Instead, he has a renewable contract written into the university budget for each year.