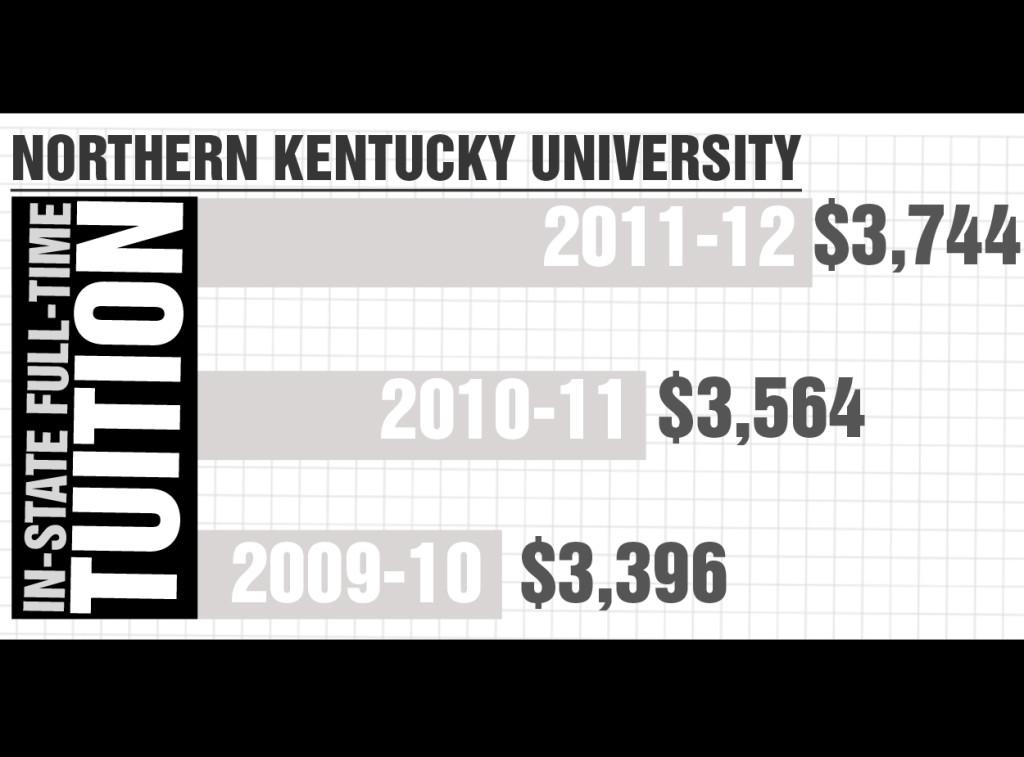 Students should begin thinking about financing their tuition for future semesters at NKU, since tuition increases are likely with these deductions.
Budget Director Ken Kline said NKU has continually received less state funding over the past decade due to a sluggish economy. This decline in funding has been a reason for increased tuition.

“We want to offer our students an affordable education but also one that is of high quality,” Kline said. “No one likes to increase tuition, but to achieve our goal, it is necessary.”

The Kentucky Council on Postsecondary Education and the Board of Regents work together to determine appropriate tuition rates for students. Currently, tuition cannot exceed more than a 5 percent increase each year. NKU’s tuition has increased 5 percent over the past two years.

If the 5 percent increase continues for the 2012-2013 school year, tuition will be nearly $3,931 for full-time, in-state students. Kline said that tuition rates are generally set for the next school year in June.

“Thinking about increased tuition is stressful now,” said sophomore organizational leadership major Erin McCarty. “But I know, in the long run, being able to say ‘I’m an NKU graduate’ will pay off.”

Along with higher tuition rates, students are now being charged a recreation fee of $4 per credit hour, which was approved last year by the Student Government Association. The fee will increase each year to generate more revenue for the university. It is projected that this fee will generate $1.7 million for the fiscal year, according to NKU’s online Annual Budget Book.

Graboskey said this year NKU offered a book advance to students who met certain requirements. For students who would receive refunds after financial aid was dispersed, this advance allowed them to use up to $750 of their refund early to finance books and parking passes.

The advance is permitted to students who receive financial aid and are signed up for direct deposit. Graboskey said students who qualify for the advance should have received an email about being eligible.

In addition to the book advance, Graboskey said NKU is becoming more proactive with financial literacy for students.
“Since everyone cannot receive financial aid, it’s important for us to let parents and students know that they need to be prepared for the costs of financing college,” Graboskey said.