Students have chance to visit the capital 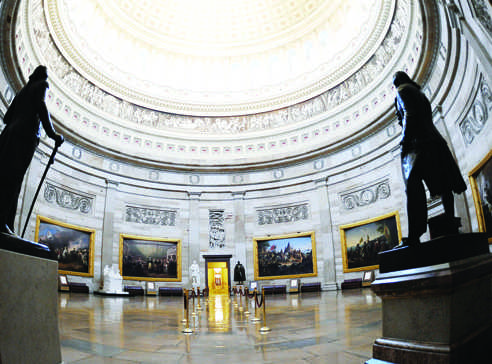 The Young Democrats of Northern Kentucky University are traveling to Washington, D.C., in spring 2012. The group’s members, along with members of NKU’s Common Ground and NKY Equality Now, hope to get students more involved in politics and experience the historical significance of the city, according to Vice President of Young Democrats Sarah Haas.

Haas, a senior political science major and the organizer, said the visit is an educational opportunity for politically minded individuals to connect and expand their knowledge of the capital city. Students participating in the trip will leave after classes on March 16 and return the evening of March 19. The groups will travel by bus and spend two nights in a hotel.

While in D.C., students will take a tour of the White House, visit the Capitol and Supreme Court buildings and go to the world-famous Smithsonian Museum. Students will also have the opportunity to visit many monuments and the National Mall.

Haas began planning the trip with President Michael Loch, a junior integrative studies major, in September and has extended an invitation to all campus groups to join them in D.C.

“I want people to become more involved in the political process and learn more about it, which is why I’m excited for the groups who aren’t as involved [compared to Young Democrats] in politics to be joining us,” Haas said.

Members from the NKU chapter of the NAACP and NKU Latino Student Affairs will also be participants.

Loch, who is in charge of financial planning for the trip, is organizing events to raise money for the months leading to their departure.
“College Democrats [Young Democrats] are working on getting a fundraiser started. But we sometimes get opportunities to work concessions at [Bank of Kentucky Center] events if we can get a group of people to work them,” Loch said.

Seeing the city offers a different kind of learning experience for students, according to Haas.

“Going to tour the White House, seeing all the monuments and all the important places of history, it’s a great opportunity for students to learn about our nation’s capital,” Haas said.

For more information, contact Sara Haas at haass1@mymail.nku.edu. A $75 deposit is due by the end of the semester. The trip is estimated to cost a total of $180; however, Haas and Loch hope to lower the price to $140 by the time of departure.