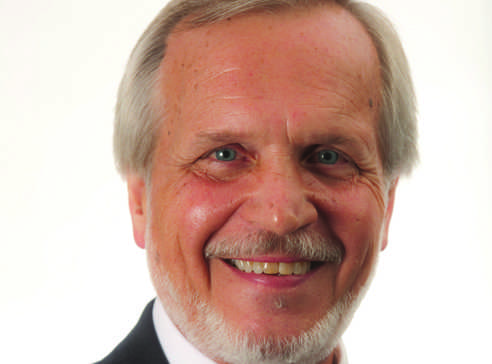 The anthropology, sociology and philosophy department at Northern Kentucky University has experienced some changes and conflict during this fall semester, and the search for a new chair is now moving toward the top of the list.

As of July 1, David Dunevant was appointed interim chair for the anthropology, sociology and philosophy department. The previous chair, NKU philosophy professor Terry Pence, stepped down from the position in spring 2011 after seven years, according to Samuel Zachary, dean of the college of arts and sciences.
The anthropology, sociology and philosophy department is in the process of conducting an external search for a permanent chair holder to step in after Dunevant’s one-year position ends.

For Dunevant, it is a “unique situation coming in from another discipline into a department that’s not where you’ve lived and worked for most of your career.”
Dunevant has been at NKU for 27 years in various teaching and higher administrative positions in fine arts. From 1997 to 2001, he was chair of fine arts and was the assistant chair until July 1. His experience on the administrative side of higher education was one of the factors that he said made him a good fit for the interim position.

Zachary said he considered Dunevant for the position for four main reasons. Dunevant was a good candidate, according to Zachary, because of his former chair position, the similarity between the fine arts department and the anthropology, sociology and philosophy department, his chair position in the Arts and Sciences Curriculum Committee, and his duration at the university.

The size and make-up of the fine arts department is very similar to the anthropology, sociology and philosophy department. Both departments have multiple programs within them, each of which have coordinators, and one chair at the head of the department.

“It’s an opportunity to bring someone in that hasn’t lived in the situation for a while,” he said. “You get that clean start, the clean slate; they don’t have any preconceived notions about people.”

Zachary added that someone from outside the university stops the department from becoming “too homespun.” It is also a way to “revitalize” the department with different experiential backgrounds.

The search committee, headed by sociology professor Joan Ferrante, is looking for a candidate with a discipline specialty in sociology or anthropology, Zachary said.

The experience as chair has not been without its challenges for Dunevant. Problems within the department always end up on the chair’s desk, he said. “That’s just the nature of the position, I guess.”

When the problems do land in Dunevant’s lap, he works to troubleshoot the “family’s” tiffs. “Departments are like families, so you have the squabbles and the discussions and kinds of things that families have, as well,” he said.

As the semester winds down, Dunevant said his first semester as interim chair of the department has worked well and the changes have been positive.