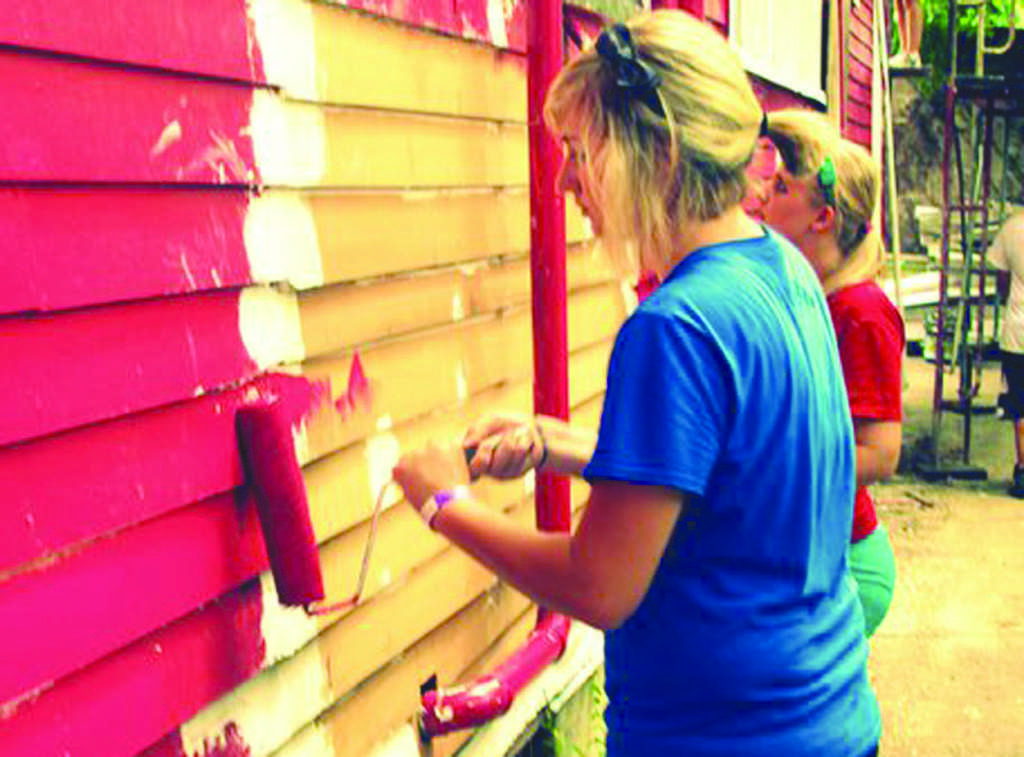 After almost a year of planning, traveling, volunteering, video shooting, editing and producing, seniors Stephanie Mathena and Kelsey Robinson get to share their senior capstone project and documentary, “Humanity, I Love You,” to the people of Northern Kentucky University at 7 p.m. Dec. 8 in the Griffin Hall Digitorium.

In this documentary, viewers will witness the journey of eight volunteers as they travel to New Orleans to do volunteer work on a house that was destroyed by the 2005 Hurricane Katrina. The struggles and achievements of the volunteers, as well as testimonies from families who were directly affected by this hurricane, are also in the final cut.

“I hope viewers get a real sense of the amount of devastation left by Katrina and how six years later, many are still without a home,” Robinson said. “I hope it also inspires viewers to find the courage to volunteer themselves, not only in their own community but in a different region, because many people are in need of help all over the globe.”

Mathena said that she wants people to feel motivated to make a difference.

“The goal of this film is not to guilt people into donating all of their money to Katrina relief funds,” Mathena said, “but to encourage people to reflect and ask themselves how they want to be remembered and what difference are they making in the world?”

The planning for this documentary began in January and has been a constant work in progress ever since. For two semesters, Robinson and Mathena have been working on their senior capstone project that included the work of recruiting volunteers, fundraising, arranging transportation to New Orleans, volunteering, filming, editing and much more.

“Honestly, people don’t really think about what goes in to making a film,” Mathena said. “Beforehand, there is the preproduction work of contacting organizations to partner with, outlining how the story structure should work, budgeting for the film, raising funding and obtaining volunteers to go on the trip.”

All of their hard work and dedication will finally come to fruition when they share their documentary with students, faculty and anyone else who wishes to see their experience on film.

“It is a relief to finally have the finished product of Stephanie and I’s hard work to be able to show to the public,” Robinson said.
Mathena hopes the hard work she and Robinson have put into the documentary will leave an impression on viewers.
“I can’t even put in to words how it will feel to have the documentary shown in front of my peers, faculty, and most importantly, those who were on the trip,” Mathena said. “I hope I have done justice to their stories and make them proud.”